By Cindy McCain and David W. Dodick, Special to CNN 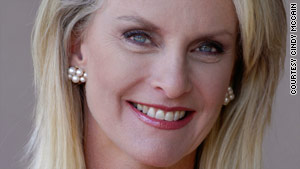 Editor's note: Cindy McCain, wife of Sen. John McCain, is chair of Hensley & Co., the Anheuser Busch beer distributorship and a philanthropist who recently launched a Web-based nonprofit, A Cause Greater, enabling donors and volunteers to make educated decisions on how to spend their time and money. David W. Dodick, MD, is professor of neurology at the Mayo Clinic College of Medicine and medical director of the headache program at the Mayo Clinic in Scottsdale, Arizona. He is president of the American Headache Society (AHS), a professional society of health care providers dedicated to the study and treatment of headache.

(CNN) -- The puzzle that Congresswoman Michele Bachmann's migraine condition poses is emblematic of the confusion that has surrounded the disease for decades, if not millennia:

If a migraine is so disabling a medical condition that its sufferers are laid low, how can most migraine sufferers function effectively in society?

No one among us would argue the accomplishments of Thomas Jefferson, Vincent Van Gogh, or even Elvis Presley -- all migraine sufferers. Like many other chronic medical conditions, the severity of illness varies considerably among individuals. Some may experience five migraine attacks in a lifetime, while others are completely incapacitated -- wracked with pain and other disabling symptoms that occur on a daily if not continuous basis.

More than 36 million Americans experience migraines, and more than 6 million experience a very disabling form of migraine known as chronic migraine where sufferers experience attacks at least every other day. The vast majority of migraine sufferers are women, and some have migraine attacks that are severe enough to require emergency medical attention or hospitalization.

That Bachmann's migraine condition has been diagnosed and that she is being effectively treated for it is indeed reassuring and welcome news. That would put her way ahead of many people.

Most migraine sufferers are self-diagnosed, never having been examined or tested medically. Are these sufferers able to function? Many are, and many are not. That's at the heart of the confusion -- the pain can't be considered "managed" without an accurate diagnosis and therapy prescribed and monitored by a qualified health care provider. Although advances in therapy are desperately needed, there are effective medications which do work much of the time for many patients.

Will migraines impact Bachmann campaign?
In 2011, the disease has more credibility as a legitimate neurological disorder than ever before.
--Cindy McCain, David Dodick
RELATED TOPICS

If there is one other truth this discussion reveals it is that much more is needed in the fight to conquer migraine -- more willingness among patients to get to a doctor or a migraine specialist, more commitment from the medical community to identify and treat migraine as a disease, and a wider array of effective treatments to offer patients.

We believe we are at a "tipping point" in migraine. In 2011, the disease has more credibility as a legitimate neurological disorder than ever before.

We know much more about brain chemistry and pain pathways in migraine, we understand more about the role of genetics, and we have new and exciting molecular targets that are driving the development of novel treatments.

Unfortunately, this progress has been painstakingly slow, in large part because of the dearth of research funding. This impedes the progress of scientists who have committed their careers to advancing the science, and diminishes the enthusiasm of those who would otherwise pursue a career in migraine research.

In the United States, the level of federal research funding for migraine research is staggeringly disproportionate to the huge number of Americans afflicted and the burden and cost of the illness on society.

Today, 900,000 Americans will suffer a migraine attack, and according to the World Health Organization, migraine is 12th among all causes of years lived with disability among women and is the cause of an estimated 120 million lost days from work or school every year. The harm to families and social relationships is immeasurable. Despite this, the National Institutes of Health allocates less than 0.05% of the NIH budget to migraine research - that's 1/20th of 1%. These numbers speak for themselves.

It is our hope that Bachmann will lend her voice and support to those who have gone "public" about their migraine and pledged to work to raise public awareness of this disease and support for research. If she does, the pace of progress toward better treatments and ultimately a prevention or cure will get a tremendous boost.