The real hero of the Ratko Mladic arrest

By Misha Glenny, Special to CNN 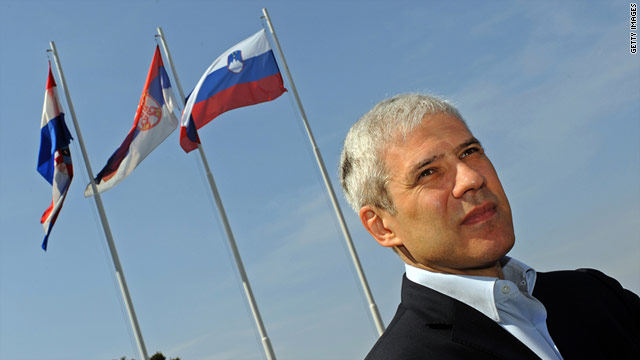 Editor's note: Misha Glenny was the BBC's Central Europe correspondent during the Yugoslav wars and is the author of three books on the region. His next book, "DarkMarket: Cyberthieves, Cybercops and You," will be published in September. You can follow @MishaGlenny on Twitter.

(CNN) -- Serbian President Boris Tadic has done a remarkable job in overseeing the arrest of Gen. Ratko Mladic, the former head of the Bosnian Serb Army. For years, Tadic has had to stand by as foreign leaders and diplomats accused him and his government of not doing enough to track down Mladic.

Some claimed that Serbia was actively shielding Mladic.

In fact, for many years Tadic has regarded the arrest of all remaining Serbian indictees of the War Crimes Tribunal, including Mladic, as his No. 1 political priority. He insisted that the police and the security services devote maximum efforts to the investigation and in the past few years, they have received considerable assistance from foreign intelligence agencies, notably from Britain's MI6 and the CIA.

Tadic is no fool. He has always known that until Mladic was under lock and key, Serbia's aspiration to join the European Union would be blocked. And Tadic has always recognized that European integration is vital for his country's future prosperity and for the harmony of the entire Balkan region.

Serbian pres.: We delivered on arrest

But this simple political calculation is secondary to Tadic's primary motivation, which is moral.

Since becoming president, Tadic has made several dramatic gestures in his desire to overcome the devastation inflicted on the former Yugoslavia during the wars of the 1990s. He has bowed down and sought forgiveness on behalf of Serbia for the massacre of Srebrenica and for other atrocities such as the mass killing at Ovcara in Croatia.

Outside of the region, these events have gone largely unnoticed. But within, Tadic has played a critical role in generating an atmosphere of mutual tolerance and reconciliation.

Together with his Croatian counterpart, Ivo Josipovic, Tadic has taken the lead in establishing political and cultural links between the new states forged from the former Yugoslavia. They have exchanged information about cross-border crime and suspected war criminals.

None of this is risk-free. Tadic can never forget how in 2003 Serbia's then-prime minister, Zoran Djindjic, was gunned down by nationalist paramilitaries that were linked to one of the country's most powerful organized crime syndicates. Djindjic was a close friend and political mentor to Tadic.

Serbia's president understands that he is vulnerable, but he has forged ahead regardless and now looks like a worthy successor to Djindjic.

The European Union has been quick to recognize his efforts and several obstacles on the path to European integration will now be lifted. But things are never easy in the Balkans, and Serbia still faces one overwhelming challenge in its desire to be embraced by Europe. That issue is Kosovo, its former southern province that declared independence in 2008.

Kosovo is a peculiar constitutional mess. The United States and all but five European Union members have recognized Kosovo as an independent state.

Around the world, however, countries have been reluctant to follow the Americans and Europeans. Russia and China, along with large predominantly Muslim states such as Indonesia, have refused to follow suit.

That means that although Serbia and Kosovo have opened talks on technical issues, they are still a long way from any conclusive agreement. Some EU members insist Serbia will have to recognize Kosovo before the country is finally allowed into the union. But even for Tadic, such a step amounts to political suicide.

So the euphoria and the plaudits following Mladic's arrest will be a welcome relief to a Serbian leadership that sometimes feels weighed down by criticism and demands. In a few weeks time, it may seem like business as usual has returned.

But it hasn't. Even with the status of Kosovo still hanging over Belgrade and Pristina, the Serbian president, by masterminding the Mladic arrest, has taken Serbia and the Balkans into a new era in which cooperation and reconciliation are a real possibility.

The opinions expressed in this commentary are solely those of Misha Glenny.