How to make new money on old pop songs 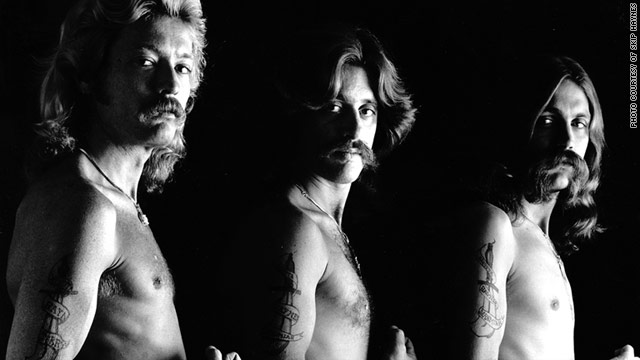 Editor's note: CNN contributor Bob Greene is a best-selling author whose books include "Late Edition: A Love Story" and "Duty: A Father, His Son, and the Man Who Won the War."

(CNN) -- Now, no one is claiming that this quirky idea will be the salvation of the music industry.

But at least it might provide a little bit of salvation -- and some welcome cash -- for the singers and songwriters who actually create the music. And some welcome smiles for the rest of us.

It is no secret that in the Internet age, people have become accustomed to thinking they can get music for free. Sure, they can pay 99 cents or $1.29 to download a song -- but a person who really has a hankering to hear a favorite song can just about always find it somewhere for free on the Web.

The International Federation of the Phonographic Industry recently reported that worldwide, sales of recorded music fell by almost $1.5 billion last year, much of that loss due to what the IFPI categorized as piracy: people downloading music without paying for it.

Help, however, has come from an unlikely source -- from a member of a long-broken-up 1970s band. He has thought of an ingenious way to make new money from old songs.

Vocalist/guitarist Skip Haynes was one-third of the band Aliotta Haynes Jeremiah -- three Chicago guys who, in 1971, had a big regional hit with a terrific song called "Lake Shore Drive."

The song was about one of the great American roadways: "There's a road I'd like to tell you 'bout, lives in my hometown; Lake Shore Drive the road is called and it'll take you up or down."

"Lake Shore Drive" never became a national hit, but it is so beloved by so many Chicagoans and one-time Chicagoans that it has turned into an anthem that spans generations. Not that anyone in the band had been making a lot of money from it these days.

But Skip Haynes -- now 63, and living in Los Angeles for the last 22 years -- came up with a plan that is so offbeat, yet intuitively smart, that it could serve as a business model for hundreds, if not thousands, of other bands looking for new revenue opportunities.

On his website, Haynes is offering to insert the name of anyone who loves "Lake Shore Drive" right into the song -- four times.

He has a digital version of the master tape (he wrote the song, and said he owns the rights to it). Say that your name is Mike Holiday. Haynes will sing your name, then with a computer click or two digitally splice it into the song.

And there it is: the song you've loved for years, with your own name in it.

He charges his customers $30 for a personalized MP3 version of the song, or $35 for an MP3 version along with a CD version. Fans can download it to their personal music player; they can send it along to friends and family. It's theirs.

With the record business tanking, Haynes told me the other afternoon, "I had to think of something."

He's been doing it for less than a year, and said he has sold several hundred customized versions, mostly through word of mouth that he said followed mentions of his project by disc jockey friends and by the Forgotten Hits and Chicagoland Radio and Media websites.

But Haynes' concept would seem to be transferable to other bands who have been downcast because the music-selling market has so quickly been transformed, to their disadvantage.

A person who loves your song -- especially a song that has been around for years -- may or may not decide to pay 99 cents for a digitally downloaded version of it when he knows he can find it for free somewhere. But he may very well be willing to pay $30 for it if he can get it with the original singers' voices singing his own name somewhere in the lyrics.

Sure, singers who never for a single moment have to worry about money will probably never do this. Paul McCartney is unlikely to offer to record a personalized version of "She Loves (Your Name Here)."

But there are undoubtedly groups from different decades and different musical genres that would be intrigued by the potential financial rewards.

This may not be as outlandish a thought as it sounds. Copyright and publishing legalisms would have to be addressed, but it really is hard to keep financially afloat selling songs these days -- and every band or singer that has had a big hit knows how much people adore that one special song. The trick is how to sell it to them again, at a premium.

Skip Haynes has some advice to his fellow singers and musicians:

Don't agonize over it. This is an easy call. Do it.

"You should hear the smiles in the voices of the people who get their copies with their own names in it," he said. "They can hardly believe it."

Is doing this some violation of an artistic code? Is it selling out?

Haynes doesn't even want to hear that argument. This isn't selling your music to a corporate conglomerate for advertisements, he said -- this is selling one version of a song to someone who loves it, and who now has the chance to be in it.

Besides, he said, unless a musician is sitting in his room playing and singing a song just for himself, everything in the music business is commerce, from the first minute.

"This is just a new way to do it. And I know one thing for sure: This way, you know for a fact that your song is making someone really happy."