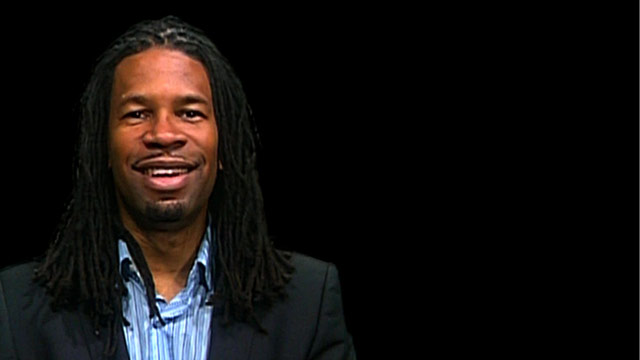 Editor's note: LZ Granderson writes a weekly column for CNN.com. A senior writer and columnist for ESPN The Magazine and ESPN.com, he has contributed to ESPN's "Sports Center," "Outside the Lines" and "First Take." He is a 2010 nominee and the 2009 winner of the Gay and Lesbian Alliance Against Defamation award for online journalism and a 2010 and 2008 honoree of the National Lesbian and Gay Journalists Association for column writing. Watch him on "CNN Newsroom" at 9 a.m. ET Wednesday.

Rush Limbaugh started his show with a sarcastic intro thanking "God for President Obama." Emily Miller, an editor at The Washington Times, tweeted that she wanted to see a picture of bin Laden's dead body.

Facebook and Twitter are already full of conspiracy theorists, questioning the validity of the U.S. military's account and minimizing the role the president played in authorizing the mission.

I swear if Obama turned water into wine his critics would accuse him of being an alcoholic. That's why as satisfying as it may be to have brought an end to the bin Laden nightmare, the Democrats need to move on and get back to work because their opposition already has.

Feinstein: 'It was a gutsy call'

Does getting Osama help Obama?

To interpret the country's "good day" as an easier path back to the White House would be a colossal mistake. A CNN poll taken in the aftermath of bin Laden's death found that while two-thirds of Americans approve of how Obama is handling terrorism, his overall approval rating of 52% is just 1 percentage point higher than from last week. Remember George H.W. Bush's approval rating went through the roof shortly after he forced Saddam Hussein out of Kuwait during Desert Storm in 1991.

The following year he was out of a job.

What can I say? The country has a short attention span.

By the time summer rolls around, bin Laden's death will be a distant memory, but the unemployment rate and gas prices will still be here, fresh in our minds.

What will Democrats have to say?

Or better yet, what will Democrats be responding to?

That is what Democrats seem to do best, isn't it? React instead of initiate, ideologically handcuffed to a ridiculous game of cat and mouse seemingly oblivious to the fact their opponent is playing chess.

The most recent example of this can be found in Oklahoma.

Last week state Rep. Sally Kern came under fire for saying the reason why there is a disproportionately high number of blacks in Oklahoma's prisons was because blacks "didn't want to work hard in school." Kern also said women made less than men because women "tend to think more about their families." She made her remarks during a debate on Senate Joint Resolution 15, a proposal to eliminate affirmative action policies in the operation of public employment, public education or public contracting.

Despite Kern's offensive language, the House voted 76-16 to put the initiative on the ballot in, get this, 2012. Yep, the presidential election.

At first my anger was directed at Kern until I realized I've heard this song before.

The so-called birther bills -- which require candidates to prove citizenship before appearing on ballots -- were introduced in Arizona (before being vetoed by Gov. Jan Brewer) and Oklahoma as a wink and nod to the Republican fringe.

In the last decade the Federal Marriage Amendment and anti-gay state constitutional amendments were used by Karl Rove and George W. Bush to corral religious conservatives into the voting booths.

Senate Joint Resolution 15 is not really about abusive affirmative action practices in Oklahoma.

I swear if Obama turned water into wine his critics would accuse him of being an alcoholic.
--LZ Granderson
RELATED TOPICS

It's about Republicans taking back the White House.

While relying on divisive social issues such as race and abortion as a means to get votes may seem a bit outdated, until Democrats figure out a way to nullify the fear-mongering tactic effectively, Republicans are going to keep going to the well.

Allow me to direct your attention to Minnesota. This week it passed House File 1613, a state constitutional amendment proposal stating that only a union of one man and one woman is "valid or recognized" as a marriage. It too will be on the ballot in 2012.

On Monday night in Pennsylvania, House Bill 1434 was introduced by Rep. Daryl Metcalfe. It would "define" marriage as a union between one man and one woman and outlaw any other legal union that is treated as marriage or the substantial equivalent (i.e. civil unions or domestic partnerships). It too is being aimed for 2012.

Kern's statements are insensitive, but they did not reveal anything new about her any more than the next outlandish statement out of Howard Stern's mouth tells us what kind of radio personality he is. However, it does shed a lot of light on how she feels about her fellow Oklahomans.

By helping to place this measure on the ballot during the upcoming presidential election, it is clear Kern and her kind are betting a significant portion of the voters who believe affirmative action is a bad thing will also see Obama as a byproduct of its institutionalization. Kern was a teacher for 20 years and knows quotas have been illegal for decades and that affirmative action does not force employers to hire unqualified minorities or colleges to admit lazy black students.

But by framing the argument to suggest otherwise, Kern makes a thinly veiled appeal to anyone in her constituency who may be white and racist. And Kern clearly believes there are enough racist whites in Oklahoma worth the effort to try and scare to the polls. Just as Republicans in Minnesota are looking for a strong conservative and/or homophobic showing by placing gay marriage on its 2012 ballot.

I've never been white or straight, but if I were either, I would imagine I would find such sophomoric pandering disgusting.

But that's just me.

Anyway, since making the remarks Kern has apologized and was reprimanded by the Oklahoma House. But apparently that's not good enough because progressive organizations such as the NAACP and GLAAD say they want her to resign.

I say it's another example of chasing pawns at the expense of exposing the king.

What these and groups like them need to be doing is figuring out how to maintain control of a narrative that keeps slipping out of their hands. They have the public's attention with bin Laden's death; can they keep it? Because while ridiculing Kern and Donald Trump is sexy today, it doesn't guarantee voters will be ready to marry the Obama administration for four more years. Grass-roots and state-level Democrats need a solvent voice and tangible plan in place -- separate from what Republicans are doing -- to make sure the voters in their communities who are connected now, stay connected.

Having an "unqualified blacks and Mexicans are stealing your job" proposal on the ballot may get you in trouble in a human resources office, but it effectively provides Kern and other conservative Oklahomans with another motivator to campaign around to get their base to the polls in 2012.

What are the comparable initiatives being funneled down the pipeline by Democrats to ensure their voters show up? Are they too busy preparing their next sternly worded letter demanding an apology?

Being wagged by its tail?

In a perfect world, both parties would come together to celebrate what bin Laden's death means to the country's sense of closure. But the truth is some Republicans have already left the party and others didn't even bother showing up.