Bin Laden as 'martyr': A call to jihadists

By Ed Husain, Special to CNN 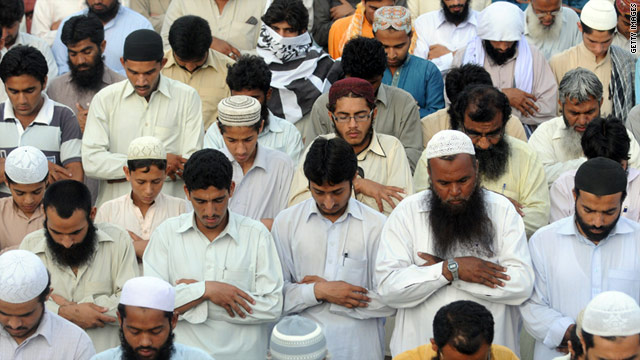 Hundreds of Pakistani Jamaat-ud-Dawa activists prayed in Karachi for Osama bin Laden, whom they regard as a martyr.
STORY HIGHLIGHTS
RELATED TOPICS

Editor's note: Ed Husain is a senior fellow at the Council on Foreign Relations and is author of "The Islamist."

(CNN) -- Osama bin Laden died the death he wanted: that of a "martyr." He was a mass murderer, but as we celebrate his killing in the West, we should not forget muted reactions in the East and how this is bringing a new generation of jihadists to the fore.

Although the jubilation in New York and outside the White House is understandable, it risks sending the message of another premature "Mission Accomplished" moment. To put it simply, Osama bin Laden is dead, al Qaeda is not.

Removing bin Laden is a colossal psychological blow to al Qaeda globally. But bin Laden was never the cause for al Qaeda: The issues that motivated him are still alive and well. Al Qaeda is a global brand, an idea, a movement. And just as he was recruited to a mind set of extremism, confrontation and violence, his death will serve as a global clarion call for another generation of jihadists.

The killing of Hasan al-Banna, the founder of the Muslim Brotherhood in Egypt in 1949, did not end the brotherhood. The hanging of its most radical ideologue, Syed Qutb, bin Laden's intellectual guide, gave rise to a whole new generation of jihadists inside Egypt. Indeed, when I was in Egypt last month, several of the most radical Muslims I met there had been inspired by the killing of Qutb, and remain extremists to this day. Bin Laden's successor, Ayman al Zawahiri, is a direct result of Qutb's writings.

The 2004 assassination of Sheikh Ahmed Yassin of Hamas has not resulted in that movement becoming any less radicalized. To his eternal shame, Hamas leader Ismail Haniyeh has this to say about bin Laden's death: "We condemn the assassination and the killing of an Arab holy warrior. We ask God to offer him mercy with the true believers and martyrs."

Osama bin Laden was produced by the religious literalism and political tyranny in Saudi Arabia. He latched on to the Arab-Israeli issue as a cause to bolster his anti-Americanism. These grievances led him to seek Islamist networks that seemingly provided action to change reality in the Arab world. Today, there are new, more hopeful developments in the Arab Spring, but no government in the Middle East will be sufficiently Islamic for young radicals in Saudi Arabia or Egypt. And so the spiral cycle of religiously justified political violence to undermine future governments in Egypt and elsewhere will give al Qaeda a breath of life.

This week, Arab readers' responses from across the Middle East to news of bin Laden's death on mainstream websites such as Al-Jazeera have been overwhelmingly condemnatory of America and full of praise for Osama bin Laden, the "martyr," the "warrior," the "hero." While America celebrates this battle, it is worth remembering that the war is yet to be won.

The opinions expressed in this commentary are solely those of Ed Husain.