The future of air traffic safety 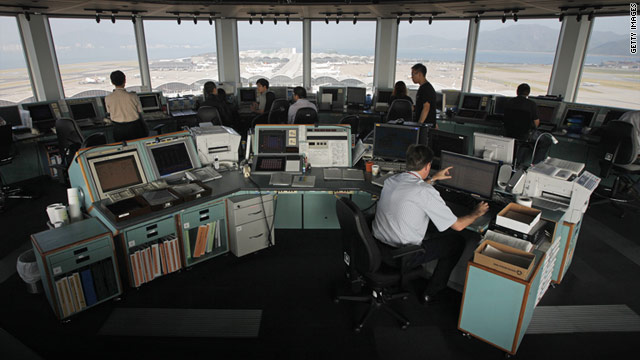 Editor's note: William R. Voss is the president and CEO of the nonprofit Flight Safety Foundation, located in Alexandria, Virginia.

Alexandria, Virginia (CNN) -- Events of the past few weeks have highlighted some of the weaknesses of the U.S. air traffic control system. The human-factor element does not always operate as planned. Some suggest that NextGen holds the answers.

NextGen is the next generation of air traffic control in the United States that promises new levels of efficiency and safety for the national airspace. It is satellite-based, rather than ground-based, and will be a big improvement on the current technology.

A lot of people are excited about the implementation of NextGen, and I am one of them. It will be a wonderful change, long overdue, but there are some real concerns.

Some of the systems and software that NextGen is built on are more complicated, challenging and vulnerable than NextGen itself. For example, it is not possible to implement a new space-based air traffic control system on top of existing automation systems that think the world is flat, like many of ours still do. That has to be fixed first.

New systems will also require new power systems, communication contracts and roofs that don't leak. In a time of budget cuts, upgrading these basic components will be a tough sell. But if we fail to address this, the fancy stuff won't work.

If it is allowed to do so, NextGen can fix political problems that affect the air traffic control system in ways you would never believe. For instance, the airspace in the New York City area is a mess, and that isn't just because of technology. We can trace many of these problems back to politics.

Too many regional air traffic control centers adjoin the metropolitan airspace, each employs many constituents and each is defended vigorously by local politicians. This means that the airspace is cut into a series of byzantine corridors and shelves that make little sense in a system overview. This can be fixed only with major realignment of facilities and jobs that will be felt as far away as Oberlin, Ohio; Nashua, New Hampshire; and Leesburg, Virginia.

I wish there were a NextGen application to deal with congressional outrage. We'll need one when we start this process. In 2008, Bobby Sturgell, then Federal Aviation Administration acting administrator, was trying to rationalize airspace usage, rearrange it so it made sense, only to be subjected to vicious and persistent attacks by interest groups and attorneys who were determined to not allow a single flight path to be moved a single mile.

Make no mistake, NextGen will be amazing and is very necessary, but it must climb a steep gradient to successfully summit Capitol Hill.

While NextGen will work brilliantly if implemented as planned, when was the last time that such a massive, human system worked as planned? We'll be able to trust the technology, but we must be careful that it is not used in unexpected ways with unexpected consequences.

Satellite navigation in aviation is already in common use around the world. When this new technology was implemented, engineers predicted that the risk of a collision would plummet because navigation would be more accurate and variations would disappear. But they didn't consider the human factor.

In 2006, the air traffic control system in Brazil made a series of terrible separation mistakes, and a new GOL Airlines Boeing 737 and a new Embraer corporate jet collided. While this wasn't the first time the Brazilian air traffic control system made a mistake, it was the first time it happened with two aircraft that could navigate accurately enough to hit each other. Each airplane was exactly where it was supposed to be.

In the past, each aircraft's position would have varied just a little from its precise, planned location due to built-in but minor inaccuracies in the ground-based navigation. The implementation of new technologies made navigation more accurate but tragically worsened the consequences of human error.

The events of the last few weeks are worrying to aviation safety professionals. With the upcoming battle and probable introduction of NextGen, we must learn some hard lessons from these events.

The public and the secretary of transportation decided that the way to solve problems in our current air traffic control systems was to threaten controllers who made mistakes with suspensions or firing. Implementing a new system is dangerous if the workforce is hiding mistakes because of fear of retaliation.

It is far more important to use chronic but minor mistakes to identify a deeper problem, such as irrational shift scheduling or unusual controller fatigue, and determine rational, science-based solutions, rather than fire controllers and drive mistakes deeply underground, unseen and unaddressed, until they emerge to create a tragedy.

The opinions expressed in this commentary are solely those of William R. Voss.

Former air traffic controllers say sleeping on the job is nothing new. Their schedules may shock you.
Controllers going back in the skies

A program that puts air traffic controllers in the cockpit to become familiar with pilots' workloads and responsibilities is being resurrected.
Sleep a 'privilege' for night workers

Night shift workers say they struggle to stay awake no matter how many years they've done it.