I don't care about the royal wedding

By Dean Obeidallah, Special to CNN 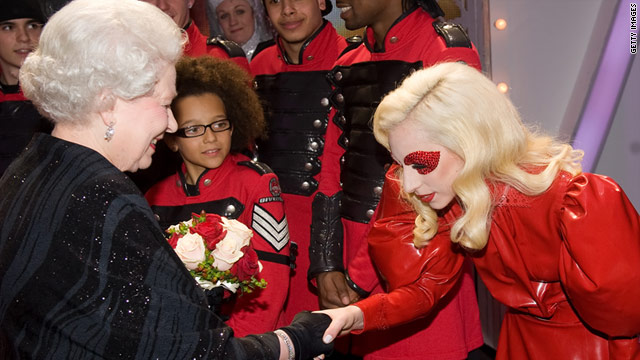 Editor's note: Dean Obeidallah is an award-winning Arab-American comedian who has appeared on various TV shows including Comedy Central's "Axis of Evil" special, ABC's "The View," CNN's "What the Week" and "The Joy Behar Show." He serves as the executive producer of the annual New York Arab-American Comedy Festival and The Amman Stand Up Comedy Festival.

(CNN) -- There, I said it. I know the media keeps telling us we need to care -- we need to know who designed Kate's dress, who was invited, who was snubbed, how many vols-au-vents will be consumed -- but I don't care and neither do many other Americans I know.

Why? Because we are too busy following the exploits of our own royal family. We don't have time to keep track of events happening elsewhere, regardless if it's weddings or revolutions, because our media keeps us busy with tales of our own "American royalty."

While it's true that the divine right of kings did not bestow titles on our regals, they are the subjects of our obsession nonetheless and, I submit, are much more colorful than the British versions.

Then there is our Charles, Sir Charles Sheen. Britain's Prince Charles might have royal blood, but Sheen has "tiger's blood." Our Charles is keenly aware of his royal stature as evidenced by his recent comments: "I'm a nobleman, I'm chivalrous. I believe that chivalry is not dead, it's just been in a coma for a while." Very knightly comments, indeed.

Of course, Sheen let the majesty side down with his follow-up statement: "I am on a drug. It's called Charlie Sheen. It's not available because if you try it once, you will die. Your face will melt off and your children will weep over your exploded body."

A London cabbie's take on the wedding

Well, all royals have their lapses. However, in the battle of Sir Sheen vs. His Royal Highness, our Sheen is clearly "winning."

And let us not forget the true royal family in America. I'm not referring to the Kennedys. I'm talking about the Kardashians. I beseech you: Do the British royals have such a one as Princess Kim, who is featured in a sex tape available for online download for only $3.99? I think not.

Princess Kim has endorsements for products from sneakers to perfume to jewelry to Carl's Jr. burger chain. That is how our royalty rolls. Our royals don't depend on inheriting old money -- they make it the new-fashioned way, with reality shows and endorsements that, in essence, make you a human NASCAR race car.

And just as in the England of Olde, a man lies in wait who covets the Crown and views himself as the rightful heir to the Throne. I speak, of course, of The Donald, a man who appears to be wearing a cotton candy crown on his head in anticipation.

The Duke of New York spins tales of treachery and deceit. Did our leader Obama lie about writing his first book? Was he was even born within the confines of our fair Kingdom?

It is unclear whether The Donald will go through with his plan to topple our leader, but those wishing to know should gather close by to hear his proclamation on May 15 on the finale of "Celebrity Apprentice."

And I would be remiss if I didn't acknowledge our newest royals, whose abode is the beaches of Jersey, not England's Jersey, but the "New" Jersey, off the Seaside Heights boardwalk, not far from a fried funnel cake store. The Brits may have "The King's Speech," but we have "Jersey Shore" marathons featuring bar fights between Lady JWoww and Dame Snooki.

So I hope the royal couple understands it's not personal, but I simply don't have the time to follow their wedding. Or other events in far-off lands such as Syria, Libya or Japan.

Prince William and Kate, I bid thee cheers and wish you both glad tidings and all that rot, but I must take my leave now.

It's time to watch "Dancing With the Stars," where those desperate to remain part of our royal family dance for our amusement.