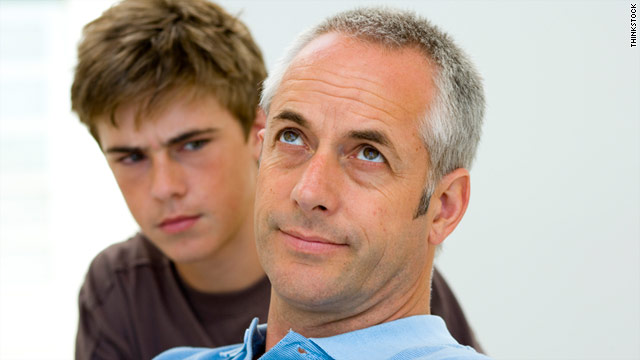 Editor's note: Laura Sessions Stepp is a Pulitzer Prize-winning journalist, formerly with The Washington Post, who specializes in the coverage of young people. She has written two books: "Unhooked: How Young Women Pursue Sex, Delay Love and Lose at Both," and "Our Last Best Shot: Guiding Our Children through Early Adolescence."

(CNN) -- Do you think young people today act more or less responsibly than in years past?

If you answer less, you've got a lot of company. Although you'd be wrong on several counts.

In a recent column on CNN.com, I noted that teenagers are not taking as many health risks as they used to, according to a large national study released by the Centers for Disease Control and Prevention. They're smoking less and drinking less, fighting and using firearms less frequently, getting pregnant and giving birth less often. I noted that this is true even as the teenage population has grown in size and diversity.

To say that many readers didn't buy it would be an understatement. Many were downright hostile to the notion that young people might actually be faring better than previous generations, including one who said teens are, in fact, "in a worse state than ever."

"Teenagers have a 'lower IQ,' " this reader said, and "the number involved in violence and gang activity is rising ..."

Another commenter said teens are "completely incapable of thinking for themselves"; "don't give a crap about anything but themselves"; and have "an appalling lack of any sense of remorse for wrongdoing."

Another opined: "Kids today are ... becoming the most narcissistic, self-centered yet. They're obsessed with Facebook and looking at pictures of themselves ... they don't study nearly as much as Asian kids ..."

"They all got the tattoos!" yet another said. "And the girls with the tramp stamps and cleavage tats. Who wants to hire them?"

As the comments rolled in, the focus shifted to people in their 20s who, the critics said, are unmotivated and unable to make decisions without the help of mom and dad. "It's not the current kids, it's the generation before them," wrote one person. "Far too many are selfish, rude, totally self-absorbed and lazy."

Of course, young people's performance is not improving on all measures. While the proportion of those 25 and older who have at least a college degree is increasing, it lags behind that of other developed countries.

Still, young people have made significant progress in critical areas. So why does it seem that so many adults are reluctant to believe that young people are more responsible? I turned for answers to three professionals who study the younger generation.

"Everyone knows personally one or more kids whose lives didn't turn out well or that ended tragically," he says. "It's hard to accept a general statement about overall patterns when you have a particular case seared in your memory."

For some, it apparently doesn't matter if that memory is decades old. Said one reader, "These polls are very wrong. I'm 52. My oldest son is 31. By the time he was 14 he had tried every drug and alcohol known to mankind. Had a girl pregnant at 15 ..."

One thing was clear from the harsher reactions. Older adults tend to forget the beers they consumed when they were young, the classes they skipped, the music they played so loudly that the family dog ran for cover. One fellow writer called other colleagues out on this. They were, the writer said, suffering from AOA, or Adult Onset Amnesia.

Time modifies memory, says Coontz, author of "A Strange Stirring," a new book about women of the 1950s and '60s. Hearing about an escapade that a child got into, it's easy to say, "I wasn't like that," just as you would look into a distorted mirror at the carnival that showed you with three heads and say, "That's not me."

Maybe some of these ranting readers have lost their jobs, homes and health insurance. Maybe they're at that stage in life where they suspect they'll never achieve their dreams and resent those who still have dreams.

Coontz says it goes beyond resentment, however. The troubled economy is recovering very slowly, the country is engaged in war overseas and leaders of our two main political parties are at each other's throats more than usual. Such turmoil can lead people to lose hope in their future, she says, and when they do, they also lose hope in their kids.

Including "kids" 18 and older. One commenter, identifying himself as an academic adviser at a Texas university, said that although some young people are all right, most of them have "no common sense and no drive! They can't think or make decisions without calling Mom and Dad ..."

Yes, says Richard Settersten, professor of human development at Oregon State University, more young adults are close to their parents, even living at home after high school or college. But if they once felt entitled to an easy life, they no longer do. Many of those staying with their parents are doing so to afford to go to college or, if they're already out of college, pay off debt.

In these uncertain times, it's a mistake to believe that the younger generation should think and act like we did, says Settersten, co-author with Barbara E. Ray of a recent book about 20-somethings called "Not Quite Adults." Companies running smoothly today may be bought out or go bankrupt next year; jobs may change or disappear; health insurance may be affordable one year and not the next year.

As children, today's youth "were told they could be anything and now they're here and they can't," Settersten says. "The quick start, lock-step life is dead for everybody. Yet we still carry it around in our head as a yardstick for young people."

At least one commenter on the website acknowledged this, reminding other writers that high unemployment affects the youngest members of a work force first. He also noted that the interns where he works "are some of the best I've seen in a long time."

He was not the only contributor who showed an understanding of, and affection for, the younger generation. And although sympathetic writers appeared to be in the minority, I was heartened that their observations drew more "likes" than the remarks that were critical or mean.

I took away one other thing: The sheer volume of comments -- about 1,000 within a few days -- indicates that no matter what their specific opinion is, people do care about kids. Maybe that's something to build on.

The opinions in this commentary are solely those of Laura Stepp.