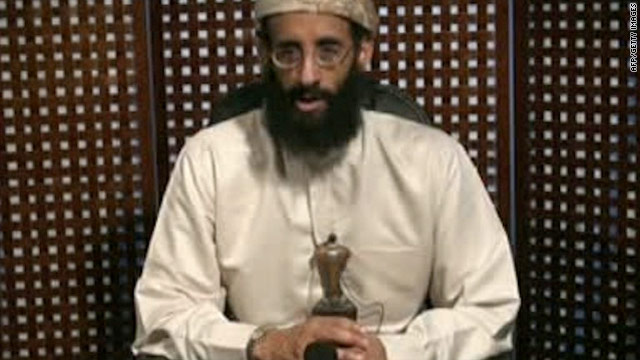 Editor's note: Peter Bergen is the director of the national security studies program at the New America Foundation in Washington, a fellow at New York University's Center on Law and Security and CNN's national security analyst. He is the author of the new book, "The Longest War: The Enduring Conflict between America and Al-Qaeda." Tune in to "The Situation Room" today at 5 ET to see Wolf Blitzer's interview with Peter Bergen.

(CNN) -- In late February I posted a piece on CNN.com titled "Al Qaeda the loser in Arab revolutions" making the point that Osama bin Laden must be watching the events in the Middle East unfold with a mixture of glee and despair.

Glee, because overthrowing the dictatorships and monarchies of the Middle East has long been his central goal. Despair, because none of the Arab revolutions has anything to do with him.

Additionally, I pointed out that whatever the outcome of these revolts they will not be to al Qaeda's satisfaction because almost no one in the streets of Cairo, Egypt, Benghazi, Libya, or San'a, Yemen, is clamoring for the imposition of a Taliban-style theocracy, al Qaeda's desired end state in the Middle East.

Rather, the protesters want accountable governments that don't abuse their population, elections and the rule of law -- just like pretty much everyone else, except members of al Qaeda who regard the Taliban as the closest thing to an ideal government that has existed in the modern era and acknowledge the Taliban leader, Mullah Omar, to be the "Commander of the Faithful."

The assertion that al Qaeda is a marginal player in the current events in the Middle East has provoked a furious response from the Yemeni-American cleric Anwar al-Awlaki, who is playing a leadership role in "Al Qaeda in the Arabian Peninsula."

Al-Awlaki allegedly had an operational role in his group's botched attempt to blow up Northwest Flight 253 over Detroit on Christmas Day 2009 and also has been accused of inciting U.S. Army Maj. Nidal Hasan to kill his fellow soldiers at Fort. Hood, Texas, the same year.

In the fifth issue of Inspire magazine, a slick Web-based publication, heavy on photographs and graphics that, unusually for a jihadist organ, is written in colloquial English, Awlaki hit back at CNN on Tuesday.

In an essay titled "The Tsunami of Change," Awlaki makes the uncontroversial point that the regimes based on fear are ending in the Arab world because of the revolutions and protests from Egypt to Bahrain. But he goes on to assert that, contrary to commentators such as CNN's Fareed Zakaria, who has said "the Arab revolts of 2011 represent a total repudiation of al Qaeda's founding ideology," rather the world should "know very well that the opposite is the case."

Awlaki then turns to this author, writing, "for a so-called 'terrorism expert' such as Peter Bergen, it is interesting to see how even he doesn't get it right this time. For him to think that because a Taliban-style regime is not going to take over following the revolutions, is a too short-term way of viewing the unfolding events." In other words: Just you wait. Taliban-type theocracies will be coming to the Middle East as the revolutions there unfold further.

Awlaki also writes that I'm dead wrong to say that al Qaeda views the revolutions in the Middle East with "despair." Instead he says "the Mujahedeen (holy warriors) around the world are going through a moment of elation and I wonder whether the West is aware of the upsurge in Mujahedeen activity in Egypt, Tunisia, Libya, Yemen, Arabia, Algeria and Morocco?"

About a decade ago Bin Laden wrote to Mullah Omar that 90% of his battle was conducted in the media. Al Qaeda seems to continue to subscribe to that idea given Awlaki's sensitivity to CNN's explication of al Qaeda's miniscule role in the Arab revolt.

Of course, the whole point of revolutions is that they are inherently unpredictable even to the people who are leading them, so anything could happen in Libya and Yemen, and much is unpredictable in Egypt and even in Saudi Arabia. I'm not a betting man, but if I were I'd place very long odds on al Qaeda or allied groups having a significant role in any of these countries' futures. Mr. Awlaki, would you like to place your bet?