What Exxon Valdez spill can still teach us

By Marilyn Heiman, Special to CNN 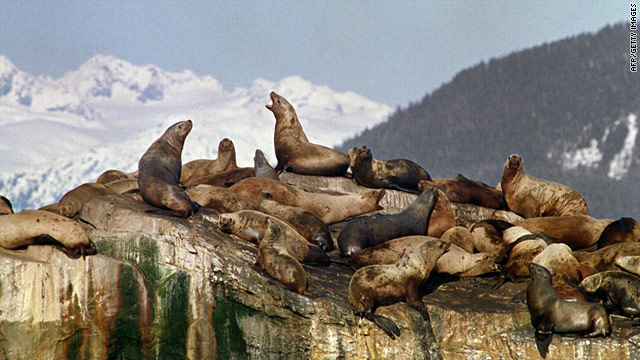 Editor's note: Marilyn Heiman is director of the Pew Environment Group's U.S. Arctic Program and its offshore energy reform efforts. She was an aide to the Alaska Legislature's House Resources Committee during the Exxon Valdez oil spill and later served as the Department of the Interior's Alaska representative on the six-person Exxon Valdez Oil Spill Trustee Council.

(CNN) -- The Exxon Valdez catastrophe on March 24, 1989, no longer holds the distinction of being the largest oil spill ever in U.S. waters. In sheer size, it was eclipsed last April by the disastrous well blowout in the Gulf of Mexico. But as the Pew Environment Group's video, "Lingering Oil," shows, the lessons of the Exxon Valdez spill are more vital than ever as we approach the first anniversary of the Deepwater Horizon explosion and contemplate drilling in the even more challenging Arctic Ocean.

Twenty-two years ago, the United States was complacent about the risks of a major spill. Then, minutes after midnight, the Exxon Valdez super tanker ran aground in Alaska's beautiful and biologically rich Prince William Sound. The sight of oiled seabirds in this spectacular setting shocked the world.

Even more disturbing was the lack of oversight, prevention and cleanup measures revealed by the spill. Because of that, the wildlife death toll grew to at least 250,000 seabirds, 4,000 sea otters, 250 bald eagles, 22 orcas and billions of salmon and herring eggs.

Also damaged were the livelihoods of local people who depended on fisheries, subsistence and tourism. Even today, the Prince William Sound herring fishery has not recovered, and heavy crude oil can still be found just below the surface sand.

A stunned nation responded. Congress passed the Oil Pollution Act of 1990. Today, better Coast Guard and state oversight help protect the still-recovering sound from another catastrophe. Boom and dispersants are stockpiled. Fishermen are trained and under contract to respond to a spill. Powerful tractor tugs now escort each tanker, and legislation mandated the phase-in of double hulls.

Many of these efforts were focused on the source of the Exxon Valdez spill: transport tankers, not drilling technology. Two decades later, with the oil industry drilling offshore in ever deeper and riskier waters, the industry and the nation had grown complacent again. The Deepwater Horizon disaster made clear that the technology for extraction has far outstripped the quality of oil spill prevention and response capabilities.

We passed major legislative reforms after the Exxon Valdez spill. Unfortunately we have failed to do so on the heels of Deepwater Horizon, despite the fact that there are many improvements that can and should be made.

Since the Gulf well blowout, the Obama administration has made a great deal of progress on safety regulations and agency reforms, but more needs to be done to incorporate the key recommendations of the National Oil Spill Commission. Moreover, it's important for Congress to pass legislation to ensure that we have the world's best standards for offshore drilling safety and spill preparedness.

Further, the Bureau of Ocean Energy Management, the National Oceanic and Atmospheric Administration and the Coast Guard need more funding for environmental planning, industry oversight and research into spill-response technologies. Additional resources are also needed to train and hire inspectors. Even in a tight budget year, this is not the place to cut corners. If we are to avoid another major accident, we need more than one inspector per 54 rigs in the Gulf and a much greater presence in the U.S. Arctic Ocean.

Before decisions are made on drilling in the Arctic Ocean, we need to conduct research and monitoring to determine if, when and how to drill in this extreme, remote and fragile ecosystem. We also need to ensure that the voices of the indigenous people who live along the coast are fully heard.

Congress should pass legislation to authorize citizens' oversight councils for all areas of the country with existing or proposed oil and gas drilling operations. In the aftermath of the Exxon Valdez spill, Congress established the Prince William Sound Regional Citizens' Advisory Committee to provide a needed layer of scrutiny. By fighting complacency and maintaining vigilance, it has proven to be one of the most important methods of preventing and responding to oil spills in Alaska.

The cost of not performing our due diligence is higher than anyone imagined -- as the Exxon Valdez catastrophe continues to teach us, even 22 years later.

The opinions expressed in this commentary are solely those of Marilyn Heiman.