By Gene Seymour, Special to CNN 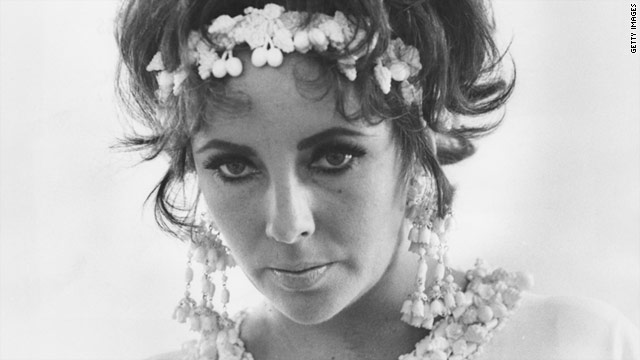 Editor's note: Gene Seymour has written about movies, music and culture for The New York Times, Newsday, Entertainment Weekly and The Washington Post. He lives in Brooklyn, New York.

(CNN) -- Elizabeth Taylor died Wednesday at 79. But suppose she had died in 1960? She could have. You could look it up. She was suffering from pneumonia that year after starting filming on "Cleopatra." It was serious enough for her to have been declared dead.

Those who remember hearing the news -- my mother and her friends among them -- swear that the whole world stopped at that moment. That's how dominant, how unavoidable Taylor had become. And she wasn't yet 30 years old.

By 1960, Taylor was as pervasive a presence in American culture as President Eisenhower, Mickey Mantle, Elvis Presley and Marilyn Monroe, who that same year -- though no one knew it at the time -- would make her last movie, "The Misfits," before her own death two years later.

Almost 50 years have passed since then, and they're still publishing cover stories about Monroe. If it hadn't been for the emergency tracheotomy that saved Taylor's life, the same would have been true for her.

Those articles would have chronicled in melancholic and rhapsodic tones how Taylor first came to prominence as the most beautiful child actress in motion-picture history. Watch her breakthrough role, at age 12, in 1944's "National Velvet," and maybe you'll understand why even such grown film critics as The Nation's James Agee fawned over her "with the peculiar sort of adoration I might have felt if we were both in the same grade of primary school."

Her rise from MGM ingénue to an actress of such caliber that she'd been nominated for the best actress Oscar in 1957 ("Raintree County"), 1958 ("Cat on a Hot Tin Roof"), and 1959 ("Suddenly, Last Summer") would have been framed in the context of great promise on the precipice of fulfillment.

Inevitably, those eulogies would have given as much space to her star-crossed, some might say "untidy," romantic life. She had four marriages up till 1960, the last to her "BUtterfield 8" co-star Eddie Fisher who, tabloid gossips contended, was "stolen" by the dark-haired widow of producer Mike Todd from a happy marriage to golden gal Debbie Reynolds. The mythologists would have had quite a time sifting for meaning in all that mess.

By 1960, Taylor was as pervasive a presence in American culture as President Eisenhower, Mickey Mantle, Elvis Presley and Marilyn Monroe.
--Gene Seymour

She won that elusive best actress Oscar for "BUtterfield 8." But if she had died in 1960, she never would have finished "Cleopatra" in 1963. She never would have scored that million-dollar salary -- highest ever, at the time, for a movie star -- to play the title role. She would have been spared the scandal and snafus plaguing that grand folly of an epic. But she never would have met and married Richard Burton, alongside whom she would play in the 1966 adaptation of "Who's Afraid of Virginia Woolf?," Edward Albee's bawdy tragicomedy of manners, which led to her second Academy Award for best actress.

She wouldn't have divorced Burton -- and then married him again. She wouldn't have had a couple more husbands, including a senator from Virginia named John Warner. Garry Trudeau wouldn't have used that marriage in his "Doonesbury" comic strip as a departure point for gentle ridicule that yielded the now-indelible tag line assessing the "last star" in middle age: "A tad overweight, but violet eyes to die for."

The extravagant jewelry, the charity work, the friendship with Michael Jackson, that peculiar turn as Fred's mother-in-law in 1994's "The Flintstones" (her last role, it turned out, in a Hollywood movie) -- none of it would have happened if she had died 50 years ago. We will forever guess what happened to Marilyn Monroe and what would have happened if she hadn't died. We don't have to do that with Elizabeth Taylor.

And so what? If anything, she enhanced her legend by living through those decades of personal and professional turbulence. Not even Taylor could remain a top box-office draw forever. But if she wasn't dominant, she remained unavoidable -- and in the end, inimitable.

No leading film actress today, not even Angelina Jolie, can claim to have an off-screen life as riveting, as tumultuous, and as entertaining. When people call Elizabeth Taylor the "last star," they speak of her as the final member in a glorious parade of personalities -- Gable, Cooper, Dietrich, Hepburn, Wayne, Tracy -- whose magnetism grew solely in dark rooms smelling like popcorn and illuminated on a big screen. No one could claim her place in that line now. No one should.

The opinions in this commentary are solely those of Gene Seymour.