By Joseph Romm and Richard Caperton, Special to CNN 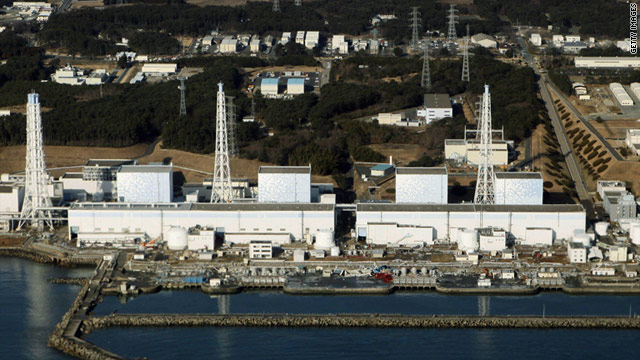 Editor's note: Joseph Romm edits the blog ClimateProgress.org for the Center for American Progress Action Fund and Richard Caperton is a CAPAF policy analyst. Romm, who has a Ph.D. in physics, was acting assistant secretary of energy for Energy Efficiency and Renewable Energy during the Clinton administration.

(CNN) -- The recent history of the U.S. nuclear industry suggests that nuclear power can be a safe source of low-carbon electricity. But disasters can happen very quickly, with potentially cataclysmic results.

The loss of coolant, explosions and apparent partial meltdown of nuclear plants in Japan following the earthquake and tsunami remind us that nuclear power is inherently risky. The U.S. government and the nuclear industry must take new actions to ensure that nuclear power is safe for the American public.

New nuclear reactors are phenomenally expensive, costing up to $10 billion dollars apiece. Exelon CEO John Rowe said recently that the combination of low natural gas prices and failure of Congress to put a price on carbon dioxide pollution pushes back any significant nuclear renaissance by a "decade, maybe two."

The U.S. nuclear industry has long argued that new reactors are prohibitively expensive because of an overly burdensome site selection and permitting process, which they say unnecessarily drives up costs. But, in fact, new nuclear plants have seen soaring prices not just in Florida, Texas and other states -- but in Finland, Turkey and Canada.

Opinion: Earthquakes are not increasing, but human risk is

New reactors are intrinsically expensive because they must be able to withstand virtually any risk that we can imagine, including human error and major disasters. Why? Because when the potential result of a disaster is the poisoning -- and ultimately, death -- of thousands of people, even the most remote threats must be eliminated.

The U.S. government and nuclear industry must take new actions to ensure that nuclear power is safe for the American public.
--Joseph Romm and Richard Caperton

'Most difficult crisis' since WWII

Insurers know that the results of a nuclear catastrophe would be ruinous on a scale that would overwhelm any private company, which is why they won't insure nuclear plants. Instead, the U.S. government -- which is to say taxpayers -- takes on the liability for nuclear reactors.

If one of the 104 nuclear reactors in the U.S. experiences a catastrophic failure, taxpayers will be on the hook to pay for the damages.

Taxpayers aren't just bearing the risk for operational and environmental disasters, they are also on the hook for financial disasters. No bank will finance a new reactor without a loan guarantee from the federal government, which says that if the power company can't pay the loan, the government will step in and pay it for them.

Let's be clear: If something goes wrong with a U.S. nuclear reactor, the American public will be in double jeopardy -- we'll suffer the health consequences and then also have to pay for it.

Because taxpayers have so much to lose in a nuclear disaster, the government has a responsibility to take every precaution to minimize that risk. In the immediate future, the government must do four things:

1. Review the ability of every reactor to deal with threats to its safety. The "Japan Syndrome" -- a major disaster causing loss of coolant that threatens a meltdown -- means we must make sure that reactors in coastal or seismic areas can withstand any disaster. Many disasters can imperil reactors.

For example, severe floods are becoming more common. As FEMA head Craig Fugate said in December after all the record-smashing deluges around the globe, "The term '100-year event' really lost its meaning this year." Every reactor that is in a 500-year flood plain should demonstrate that it can handle the challenge.

2. Congress must not cut funding for NOAA's tsunami warning service. House Republicans have proposed cutting funding to NOAA -- the agency directly responsible for tsunami monitoring and warning -- restricting the government's ability to respond. America has a number of reactors that could be affected by a tsunami, such as the Diablo Canyon Power Plant in California. Many more are at risk from a major earthquake.

3. The permitting process must not be further weakened. Today, new reactors must undergo a multiyear review process before they are given a "Combined Operating License". This is already an accelerated permitting process -- in which multiple reviews are conducted simultaneously. It mustn't be sped up yet again.

4. The Department of Energy must continue to run the nuclear loan guarantee program to protect taxpayers and must continue to accurately charge the nuclear industry for the risk it incurs by guaranteeing these projects. To receive a loan guarantee, a builder has to pay a fee to compensate taxpayers for taking on significant risk. If DOE collects too little money, taxpayers bear too much risk. The nuclear industry has claimed that these fees are too high, despite evidence to the contrary. Congress must not interfere with DOE's critical role in taxpayer protection.

Today, one-fifth of our country's electricity comes from nuclear power. Nuclear safety depends on being ready not just for the threats that existed when reactors were built many decades ago, but on being ready for the challenges of today's world. If the nuclear industry wants to generate even more power, it must demonstrate that it can do so safely and affordably, with minimal risk to the American public.

The opinions expressed in this commentary are solely those of Joseph Romm and Richard Caperton.