Is the internet killing empathy?

By Gary Small and Gigi Vorgan, Special to CNN 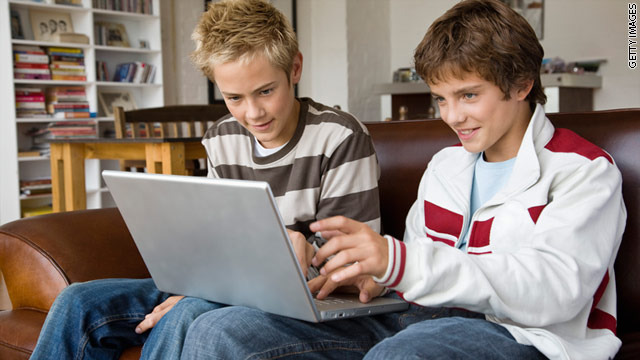 When we race to watch others fail, are we losing our humane response?
STORY HIGHLIGHTS

Editor's note: Gary Small, M.D., and Gigi Vorgan are the co-authors of iBrain: Surviving the Technological Alteration of the Modern Mind. Follow them on Twitter.

(CNN) -- A TV news reporter for a Los Angeles station was doing an on-camera report on the Grammy Awards Sunday night, and suddenly her speech became garbled. Was she having a stroke on the air?

The newscast quickly cut away when it became apparent that she was in trouble. But by the next morning, televised news reports were making it part of their Grammy coverage. (One AOL.com page featured the incident at the top of its five "memorable moments" from the Grammys.)

The video went viral on the internet. At the UK Telegraph website, where we caught up with the video showing her sudden slurred speech, 9,388 people noted they "liked" the video with a thumbs up signal and 6,027 recommended it to Facebook friends.

Doctor: Grammy reporter suffered migraine, is 'back to normal'

People couldn't turn away. They were drawn to it, watching the images over and over with the same kind of grim curiosity that compels drivers to slow down and gaze at a fatal car crash -- drawn often by a subconscious fear that the same thing could happen to us. By observing it in other people, we have our own experience of it, but at an emotional distance. The more we observe terrifying events happening to other people, the more they reinforce our sense of denial and detachment: It can't happen to us.

Online, at least, the reporter's incident evoked a range of emotional reactions -- anxiety, laughter, horror and perhaps a voyeuristic thrill.

But where is the empathy when thousands linger on YouTube, repeatedly watching this unfortunate woman possibly in real danger? (A doctor said on Thursday the reporter suffered a migraine, not a stroke, and is completely back to normal.)

Have our brains become so desensitized by a 24/7, all-you-can-eat diet of lurid flickering images that we've lost all perspective on appropriateness and compassion when another human being apparently suffers a medical emergency? Have we become a society of detached voyeurs?

According to the most recent findings from the Kaiser Family Foundation, 8- to 18-year-olds on average spend 11½ hours a day using their technology.

Their brains have become "wired" to use their tech gadgets effectively in order to multi-task -- staying connected with friends, texting and searching online endlessly, often exposing their brains to shocking and sensational images and videos. Many people are desensitizing their neural circuits to the horrors they see, while not getting much, if any, off-line training in empathic skills. And the effects may even reach young people.

In a 2002 study published in Brain and Cognition, Robert McGivern and co-workers found that adolescents struggle with the ability to recognize another person's emotions. The teenage volunteers in their study had particular difficulty identifying specific emotions expressed by another person's face.

These young people were at an age when they are still developing the capacity for empathy, the ability to understand another person's emotional point of view. In many ways, the young teenage brain is non-empathic.

Scientists have even pinpointed a specific region of the brain that controls this tendency toward lack of empathy and selfishness. When making choices, young people use a brain network in their temporal lobes (underneath the temples), while older (and more empathic) people use the prefrontal cortex -- a region that processes how our decisions affect others.

We are concerned that all this tech time interferes with young people's learning and development of basic empathy skills, such as maintaining eye contact or noticing subtle nonverbal cues during a conversation.

In a 2007 study of 197 students age 17 to 23 years, participants were asked to quickly identify the emotional expression of a face as it rapidly morphed from neutral to an angry or happy face. Happy faces were identified faster than angry faces, but when the volunteers played a violent video game before the facial recognition task, they were much slower to recognize the happy facial expression.

Since middle-aged and older digital "immigrants" are catching up with these younger digital natives in the amounts of time they spend using technology, this empathy deficit may not be limited to just young adult and teenage brains. Empathy is learned, but it can be un-learned as well.

What can you do to help prevent this image onslaught from affecting the way you react to other people's pain or difficulties? The next time you receive a link to a lurid video or you pass a car crash that's been slowing you down on the highway, ask yourself what you're feeling.

Should you delete the link immediately? Force yourself to avoid even a transient glance at the accident victims? Do you feel relief that you've gotten past the traffic jam or do you feel empathy for the people in the accident?

Curiosity is human -- our brains constantly seek novelty and stimulation from both positive and negative sources. But empathy is human, too. Noticing your first response and trying to get some perspective on it is one strategy to push back technology's assault on our brain's ability to feel compassion for others. When our brains become wired to disassociate from unpleasant experiences, we lose a part of what defines our humanity.

The opinions expressed in this commentary are solely those of Gary Small, M.D., and Gigi Vorgan.