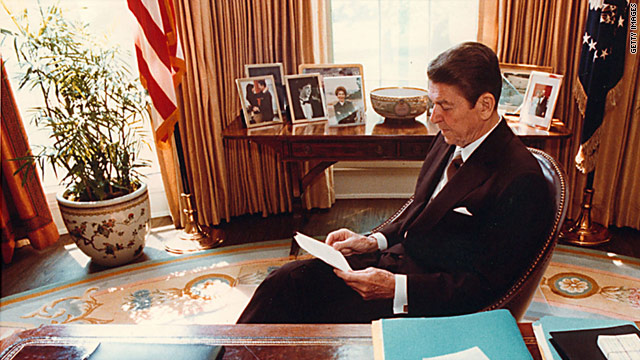 (CNN) -- The 100th anniversary of the birth of our 40th president, Ronald Reagan, is Sunday. On that day and during the year ahead, there will be many celebrations of the life of a man who remains one of the most beloved and respected of our modern presidents.

Republicans adore him and even Democrats who opposed many of his views and policies look back kindly on him. Reagan died June 5, 2004. President Obama read his biography on his Christmas holiday, and many speculate the Obama White House might be looking to the Reagan model in how to deal successfully with a divided Congress and get re-elected.

In this anniversary year, I will leave it to others to judge his place in history and praise or criticize his polices. I want to tell you what he was like personally. I had the privilege of working for him as the assistant to the president for political affairs during both of his terms and managed his re-election campaign in 1983 and 1984.

In the course of those jobs, I got to see the man up close and personal. I got to study how he made his decisions and most important, how much he treated people with respect, from the person cleaning the White House grounds or offices to the most powerful leaders in the world.

I never saw him lose his temper, even when many of us deserved our butts kicked for some screwup.
--Ed Rollins
RELATED TOPICS

He always had a kind word or a "hello" and a "thank you" to those who served him. He never gave orders or raised his voice but inspired us to to do the best we could. I never saw him lose his temper or mistreat staff members, even when many of us deserved our butts kicked for some screwup.

The first time he saluted a military aide as he got off the presidential helicopter Marine One, someone told him he couldn't do that because he was a civilian. He retorted that somebody better get over to the Pentagon and get that rule changed, because as the commander in chief, he wanted to salute out of respect for his military. And every man, woman, officer, enlisted man or academy cadet; Marine, soldier, airman or sailor whom he saluted lit up with great pride.

A large number of military members assigned to tasks around the White House, and many Vietnam veterans, have told me they were going to retire but changed their minds and re-enlisted because of President Reagan. He totally rebuilt a post-Vietnam demoralized military.

When he came into office, we had ships that couldn't sail, planes that couldn't fly and soldiers and sailors on food stamps. By the end of his term, we again had the finest military in the world, one that has been tested in three major conflicts since his exit from the world stage.

I got to see him work under enormous pressure. He never faltered or failed to make those tough decisions that every president makes each day. Even when he was recovering from an assassination attempt, when he had been close to death, he never lost his spirit or his quest for life.

Ronald Reagan loved the United States with a deep passion and without apology. He believed in the American dream because he had lived it. He was a man of great common sense and much smarter than most presidential observers would give him credit for. He had a near-photographic memory, and was a good student of the complex issues a president must learn.

He also liked to have fun and had an extraordinary sense of humor. Shortly after he got a hearing aid, I teasingly remarked, "I now know why you weren't following my good advice," pointing to his bad ear. Without missing a beat he responded, "Now you know why you're still here."

Ronald Reagan wasn't perfect. He would be the first to tell you that. He had less ego than any politician I have ever dealt with and was a humble man. He had a philosophy that he had developed over many years and his belief system was unbending. There was a toughness to him, but always touched with compassion. He was strong enough to be gentle.

That didn't mean he wouldn't compromise around the edges to get a deal with Congress -- but he never gave up on the things he truly believed in. And he could communicate. It wasn't great speech writers, it was him explaining his beliefs.

He was the friendliest of men, but also the ultimate loner. His true confidante and love was his Nancy. He would not have been president without her, nor would his life have been as full if she hadn't shared it.

People often ask me what was he really like. He was exactly what he appeared to be. A man who loved his country passionately and believed he had an obligation to make it better for the generations to come.

Even though he ran for president twice before he was elected in 1980, he had not spent his entire life wanting to be president. He told me once it was sort of a destiny thing. After nearly losing his life in the infancy of his presidency, he thought he had a special role in being a good leader for an extraordinary country. He certainly was.

People also ask me what was the most important thing Reagan accomplished as president. My answer is that he made the presidency work again. After the tragic assassination of President Kennedy, President Johnson being driven from office, President Nixon impeached, and Presidents Ford and Carter defeated after running for re-election, Americans thought the presidency was too big, and that no man could fill the role. Reagan filled it and made it work again.

Whatever the historians write, Ronald Reagan made the world and our country a better place. He restored pride in our nation and made Americans believe in the slogan from his 1984 campaign: "Prouder, stronger, better."

The opinions in this commentary are solely those of Ed Rollins.