How to tell if someone is lying 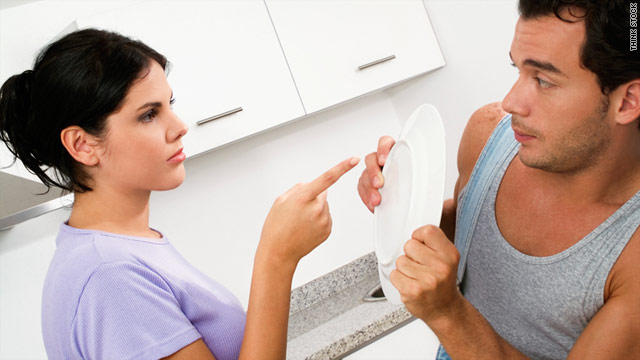 A person who fidgets or fusses for no reason may be hiding the truth.
STORY HIGHLIGHTS
RELATED TOPICS

(RealSimple.com) -- A pair of flaming trousers (or a growing nose, à la Pinocchio) isn't the only sign that a person is spewing falsehoods. Here, five experts teach you how to smoke out a fibber.

As an investigator, I first try to assess how someone normally speaks. To do that, I begin an interview by asking questions that I know the answers to, like "What's your full name?" or "Where do you live?" Some folks are naturally animated and talk fast; others are more subdued. Once I know which type of talker a person is, I start asking him questions that I don't know the answer to. If his manner shifts abruptly -- going from calm to agitated or lively to mellow -- chances are he's not telling the truth.

--Gregg McCrary is a retired FBI criminal profiler and a crime analyst in Fredericksburg, Virginia.

RealSimple.com: What is your body language saying?

A person avoids saying "I"

In my research, I've discovered that when people fib about themselves, they tend to use I and me less often than people who are being truthful. Instead, they'll speak about themselves in the third person ("This is a girl who loves to ski") or even truncate their language ("Really into listening to jazz") -- anything to give themselves psychological distance from the lie.

--Jeffrey Hancock is an associate professor of communication at Cornell University who studies online lying.

RealSimple.com: 5 things worth admitting to

A person has an answer for everything

Ask most people what they were doing last week and they'll have to pause and think about it. That's even more true of teenagers, who generally don't have the capacity to tell an elaborate story on the fly. So when I call a child into my office and he seems totally rehearsed -- there's zero hesitation before he answers a question -- well, that's a dead giveaway.

--Julia Chung has been an educator for 16 years, first as a high school teacher in Los Angeles and now as an assistant principal in Westchester County, New York.

RealSimple.com: What does your handwriting say about you?

A person fidgets and fusses for no reason

If someone keeps performing a random physical action that seems unnecessary -- cleaning her glasses excessively, retying her shoelaces, or dusting off the (clean) table in front of her she may be lying. The guilt and anxiety make her restless. That can be particularly true if she is lying to somebody she loves. When a person fibs to a traffic cop, she won't necessarily fidget a lot. But if she is deceiving her husband, she won't be able to sit still.

--Barbara Mitchell has been a relationship therapist in New York City for 34 years.

A person proclaims his honesty repeatedly

To sell us on the integrity of their answers, liars often use phrases emphasizing the validity of their statements, like "to tell the truth" and "to be perfectly honest." These verbal tip-offs frequently invoke religion. Think of expressions like "I swear on a stack of Bibles" and "as God is my witness." Most truthful people don't need to go that far.

--Joseph Buckley is the president of John E. Reid and Associates, in Chicago, which trains law-enforcement investigators.