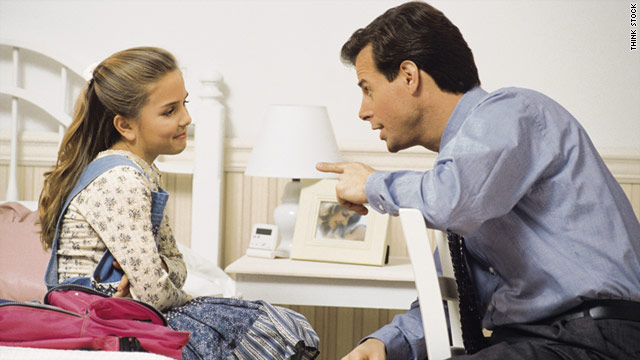 (CareerBuilder.com) -- Terms like "fatherly advice" and "father knows best" are common for a reason. Dads give pretty sound advice (regardless of how off-color, unwanted or blunt it seems at the time).

During childhood, their wisdom may have helped us see a situation in a new way ("The smart kids may not be the cool ones now, but they're the ones everyone will want to be in 20 years."), and as we got older, it may have confirmed things we already knew deep down ("I didn't want to have to tell you this, but that guy you're dating is a jerk.").

So, in honor of Father's Day this weekend, we asked our Facebook fans and Twitter followers for the best career advice their fathers had given them. Here's what their dad's had to say.

1. "You have to start somewhere. Take that job and make the best out of it."
-- Will C. via Facebook

2. "Success and happiness at work come by embracing and using the strengths that makes one different."
-- @assetspersonifi via Twitter

4. "'Always leave work each day having done more than you were paid to do.' He was a disabled vet, but never acted it -- a hero."
-- @DesertDojo via Twitter

6. "Start your own business, treat it like it's a baby. (You would never turn your back on or leave a baby alone.) [Then] you work your butt off for about twenty years."
-- Brian W. via Facebook

10. "Always send a hand written thank you note. Maybe the best advice he ever gave."
-- Michael G. via Facebook

17. "A great career lies at the crossroad of what you love, what you're good at, and what people are willing to pay you for."
-- @WhatUrGoodAt via Twitter

18. "As long as you're putting food on the table for your family, hold your head high and be proud!"
-- @myJobble via Twitter

19. "Live your life by your own moral code and never sacrifice that same code in the workplace."
-- Renee E. via Facebook

20. "Love what you do, never give up, take risks and treat everyone with respect."
-- @GenerationsGuru via Twitter

22. "Get the best education you can, so that you could support yourself in case you marry the wrong man ... It's a good thing I took that advice!"
-- Donna E. via Facebook

25. "Do everything I didn't and nothing I did and you will succeed."
-- @easyresumewrite via Twitter

26. "Shut up and listen, there is always someone who knows more than you do. [And] it's difficult to soar with eagles when you work with turkeys."
-- Beth G. via Facebook

29. "Basically it's ok to start off at the bottom but it's not ok to stay there. Look at the top, see what they're doing and do it."
-- @ApolloGreg via Twitter

30. "You can't change the circus, unless you change the clowns."
-- @mdtnavedu via Twitter