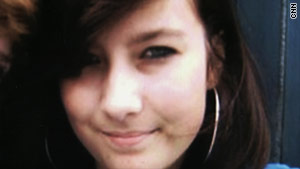 Phoebe Prince, 15, committed suicide in January 2010 after weeks of ridicule and teasing at school.
STORY HIGHLIGHTS

(CNN) -- The guilty pleas of students in a Massachusetts school harassment case this week thrust the spotlight back on bullying in the United States, but the issue is also drawing more attention beyond America's borders.

France's education minister made national headlines this week when he announced plans to combat bullying by shutting down Facebook accounts of students who harass their classmates.

Mexican legislators approved a new anti-bullying measure this year. And debates on the topic surged in Brazil last month, after a gunman who killed 12 students at a school in Rio de Janeiro said in a homemade video that bullying was one of his motives.

Five classmates of a Massachusetts high school freshman who hanged herself in the stairwell of her family's apartment pleaded guilty to charges of criminal harassment, prosecutors said this week. One district attorney described the systematic bullying of Phoebe Prince, 15, who took her own life in January 2010 after weeks of ridicule and teasing at school.

Across the United States, 19.9% of students in grades 9-12 say they were victims of bullying on school property over a one-year period, according to a 2009 Centers for Disease Control and Prevention survey of a representative sample of United States youth.

But bullying is also a global issue, according to the United Nations Children's Fund.

2010: What happened to Phoebe Prince?

About a third of students surveyed in countries from Argentina to Zimbabwe said they had been bullied recently, UNICEF said in a 2006 report, citing two global studies on the issue.

"The most common forms of bullying are verbal and, if left unchecked, verbal bullying can lead to extreme violence," the report on violence against children said.

The study also notes that cell phones and the Internet provide "new opportunities for bullying."

France focused on the issue in a two-day conference this week, culminating with Education Minister Luc Chatel's announcement of the government's new partnership with Facebook.

"The solution is simple. We will single out systematically the students that have been bullying on this network, and they will see their accounts closed," he said. "For the more serious cases, we will ensure that the families of student victims have a systems to file complaints, and this will be a partnership with the central office fighting cyber-crimes."

"We will also work with our partners to respond effectively in cases where French users have been prosecuted for offences related to online bullying," the statement said.

"It is a phenomenon that, if not addressed in time, becomes a problem of health, security and education," Mexican lawmaker Jaime Arturo Vazquez Aguilar said.

In addition to physical and psychological harm, Vazquez said another long-term effect of bullying is the "most regrettable."

"Our girls, boys and youth are getting mixed up, in some cases, in criminal activity," he said.

At this week's conference, Chatel called on officials, educators and members of the public to take action.

"We must avoid, at all costs, that one day a student prefers to die rather to be in a school where he is harassed, without our schools doing anything about it," he said.