By Megan Schuster, Special to CNN 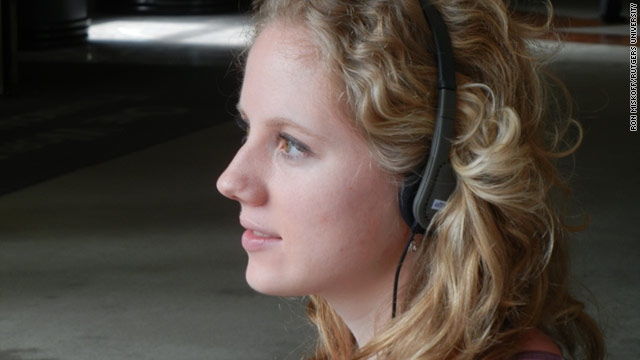 Megan Schuster is working on the 9/11 Project at Rutgers University. Students are telling the stories of children who lost a parent in the September 11, 2001, terrrorist attacks. The stories will appear in New Jersey media outlets on the 10th anniversary of the attacks.

New Brunswick, New Jersey (CNN) -- Growing up with 9/11 is just another part of who I am. I can remember exactly what I was doing when I found out about what happened to the World Trade Center.

Although I didn't know anyone personally who fell victim to the 9/11 attacks, I still feel so affected because the attacks happened so close to home. I feel like everyone in this area was affected by 9/11. It is something I personally think about every single day.

I chose to do this project as a journalism/media studies and cultural anthropology double major. Since 9/11 is such a prominent aspect of America's history and since it happened so close to home, I was immediately interested in the project. I also really wanted to pursue journalism as much as possible, and this was a great outlet to get hands-on experience as a real journalist.

This project has literally changed my life. I have looked at 9/11 in a whole different light. I have examined the subjects through text, along with the art of narrative journalism.

I interviewed the Hargrave family from my hometown in Readington, New Jersey. Three girls -- Corinne, Casey and Amy -- lost their father, Timothy, a vice president at Cantor Fitzgerald. The family welcomed me into their home and shared their story.

I will never forget the day I interviewed them. I was the first person to interview them about their experience as children of 9/11. Their stories were amazing. I am so honored and privileged to write a story about how they coped with the tragedy over the past decade. Although they will never forget their father, their mother has encouraged them to lead normal lives and identify with 9/11 as another part of their story, their personal history.

In regard to the news about Osama bin Laden, the following paragraphs are from my blog:

"I couldn't help but think of the Hargrave family and other victims of 9/11 throughout the constant news coverage. I watched the live presidential speech.

"I feel like the event may have brought some closure to what happened to their loved ones, but I think there was one of two responses: They were thrilled that the mastermind of the death of nearly 3,000 is literally out of this world, or they thought, 'Hasn't there been enough death?' "

From my own personal experiences, I don't like the concept of "celebrating" death, and I was rather disturbed by all of the Facebook status updates that filled the Web on Sunday night.

Killing bin Laden does not bring back the lives of all those lost on 9/11. I think it teaches the encouragement of death. But death is not the answer when 10 years have gone by and bin Laden's followers have spread throughout the East. It does not erase the permanency of his actions on our country and the lives of thousands of Muslims in the Middle East.

I do believe in justice and that those who have done wrong should be punished for their actions, but rather than the continuous abrasive words that bin Laden should rot in hell, I think it would be more appropriate to continue this fight for justice globally.

The capture of bin Laden was just one of the many thousands of problems that affect others around the globe. Our troops should continue to be supported -- not because bin Laden is dead, but rather for their loyalty and dedication to the protection of this country.

This topic has never been more relevant to me after working on this project over the past several months. Through texts, guest speakers and the sheer experience of talking with a family who really has been affected by this attack over the past 10 years, I can honestly say I think I have a different perspective on the topic than others around me.

I feel really educated about the subject, but I think I understand the underlying layers of what it means to be affected by 9/11.