'There will never be justice'

By Jennifer Lilonsky, Special to CNN 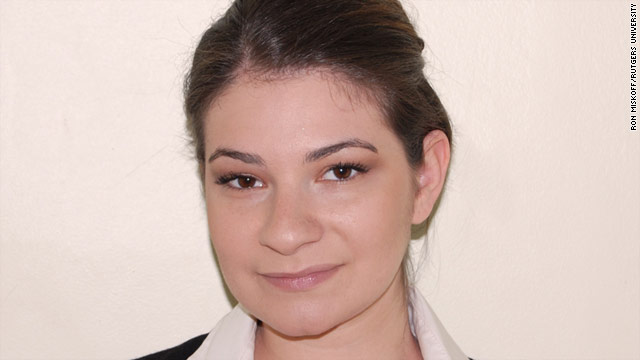 Jennifer Lilonsky, a student at Rutgers University, is interviewing a young man from her hometown for the 9/11 Project.
STORY HIGHLIGHTS

Jennifer Lilonsky is working on The 9/11 Project at Rutgers University. Students are telling the stories of children who lost a parent in the September 11, 2001, terrrorist attacks. The stories will appear in New Jersey media outlets on the 10th anniversary of the attacks.

I experienced a lot of anxiety following the attacks. Terrorism was not a new concept to me. Being Jewish, I always had an interest in Israel, and even as a child, I was well aware of the threat and potential for hatred to manifest in malicious action.

I became obsessed with the news coverage. Any time I was near a television, I would tune to CNN. I spent more time with Wolf Blitzer than with my parents. And looking back, this behavior was probably not the best for a 14-year-old, or for anyone, but I couldn't help it. I was mesmerized by the raw footage and intrigued by the uncertainty of our nation.

It was exciting to be a part of the nationalism that characterized America after the attacks, but I was disheartened by its fleeting existence.

The anxiety and fear that I experienced on and after the attacks on September 11 came rushing back the instant I heard of Osama bin Laden's death. Unlike the crowds of people who were seen celebrating in the streets in Washington and at ground zero in Lower Manhattan, I was scared the same way I was on September 11.

It was the first time that I felt scared again. I did not feel safer because he was dead. I was, and still am, fearful of what the reaction will be from his followers.

I recalled the images of our retaliation on television: how I couldn't discern any specific details, just the glowing green colors from night vision lenses, but knowing that I got what I wanted, what seemed like everyone wanted: revenge.

Now, nearly 10 years later, we were told on Sunday night that we had brought bin Laden, the man responsible for the horrific attacks on September 11, to justice. But while listening to President Obama's speech, I thought to myself that this is not justice. There will never be justice.

Bin Laden already accomplished what he wanted. As Americans watched the towers crumble on September 11, we realized that America is not an impenetrable force, and our lives would never be the same because of it. Killing bin Laden does not take that away. His actions were founded upon a deep-rooted hatred, a hatred that is shared by many others, whether he is dead or alive. Even the end of his life alone brings fear.

The truth is, it will never end. That is the goal of terrorism.

I took this class because I felt I needed to. I wanted to use the skills I acquired as a journalism student to tell a side of the September 11 story that has been untapped.

I liked the angle of hearing the accounts from children who lost a parent on September 11 and how their lives have been altered because of it.

I am slightly older than the other students in the class, and I felt that my experiences on September 11 were less sheltered. I also wanted to take the class because 14 victims were from my hometown -- Marlboro, New Jersey -- and I felt that it was important for it to be represented in the September 11 narrative.

There are children who live literally down the street from me, who grew up alongside me, who I didn't even know who were affected by the tragedy.

My interview subject, Corbin Mayo, is from Marlboro, and his father was a fire safety director (contracted for the New York/New Jersey Port Authority) for the World Trade Center. I was impressed by Corbin's willingness to speak about his experiences.

As journalists, we distance ourselves from our subjects to avoid biases and to maintain objectiveness, but the focus of our class is centered on narrative journalism, which allows the reporter to establish a closer relationship with the people we interview.

The stories we are compiling are not the quintessential accounts of September 11, depicting where they were when it happened, etc. These are the stories of their lives now.