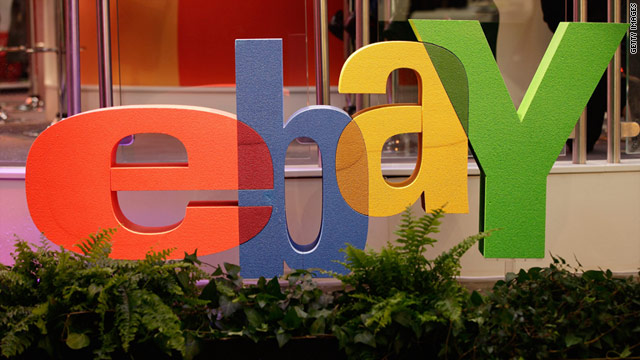 The idea of a video phone has been around for decades. While there have been a handful of real video phones, they were never widely available for the average Joe.

Then, a company with a strange name harnessed the power of the internet and the ever-growing ubiquity of webcams to bring that dream to the masses. But what does the name Skype have to do with talking to other people online?

Skype is a peer-to-peer communication technology, meaning one person connects to another person, via the Skype service. Of course to the average person, the connection is happening in a mysterious, ethereal realm.

So when they were developing the name, they hit upon the rather descriptive "Sky peer-to-peer," which was shortened to "Skyper." However, when they went to register the web address for their new product, skyper.com and the other .something variations were already taken.

So, they decided to try dropping the "r" and, sure enough, skype.com was available. In hindsight, it worked out for the best -- saying you're "Skypering" with your friend sounds a bit clumsy.

Founded in 2005, the online marketplace Etsy has amassed over seven million registered users and saw revenues of just over $300 million in 2010. And while the name is catchy, many have often asked what it means.

For a while, the company was pretty tight-lipped about the origin, leaving users to come up with their own acronyms or explanations.

However, in a January 2010 interview for Reader's Digest, founder Rob Kalin finally revealed the secret: "I wanted a nonsense word because I wanted to build the brand from scratch. I was watching Fellini's 8 ½and writing down what I was hearing. In Italian, you say 'etsi' a lot. It means 'oh, yes.' And in Latin, it means 'and if.'"

For a while, it was widely believed that, in 1995, then-28-year old software developer Pierre Omidyar created a website called AuctionWeb so his fiancée could buy and sell PEZ dispensers.

While the PEZ part isn't true -- Omidyar was simply looking for a way to make something cool online -- it does make for a good story. What's not legend, though, is that the first item sold on eBay was anything but glamorous -- a broken laser pointer.

Omidyar only intended the laser pointer listing to be a test, but was surprised to find that someone actually bought it -- according to reports, the buyer collected broken laser pointers.

Thinking he might be on to something, Omidyar started working in earnest on the program. While contemplating names for the site, he initially planned to use the name of his computer consulting company, Echo Bay.

However, echobay was already taken (and still is). So Omidyar shortened the name to "ebay" and bought the web address that we all know and love.

Mental Floss: How to tweet your way out of a job

When Microsoft was developing the name for their new search engine, they wanted something that was a single syllable, memorable, and easy to spell. Of course once they got into the naming process, there were other things to consider as well.

For example, one idea -- "Bang" -- was rejected because you couldn't make a verb out of it without sounding, well, inappropriate. ("What other movies has Kathy Bates been in?" "I don't know. Bang her and find out!")

So the marketers decided to put their money on "Bing." Not only was it a single syllable, easy to spell, and easy to remember, it also sounded like "Bingo," which is usually said when you've found what you're looking for.

The name also reminded people of the moment an idea is hatched, sort of like when that little light bulb goes off over a cartoon character's head. You hear a "Bing," which is what Microsoft hopes will happen when you use their website.

One of the fastest-growing websites around, Reddit was started in 2004 by then-college students Steve Huffman and Alexis Ohanian. The site allows community members to submit links to online content, which is then voted up or down to decide which submissions are most worthy of being read by everyone else.

The name Reddit is little more than a play on the phrase "read it," as in, "I read it online." But, as one member of the site (also known as a "redditor") pointed out, there is a Latin parallel to the site's name that turned out to be a pretty cool coincidence.

One loose translation of "reddit" is "render," which can mean "to submit for consideration or approval," which is exactly what people do on the site.

Groupon and its ilk might be the talk of the town right now, but for the true innovator in the online "Deal of the Day" game, look no further than woot.com.

Since 2004, Woot has offered a new item every night at midnight to devoted fans, known as Wooters, who obsessively check Woot's sites to buy everything from computers to flashlights to a "Bag of Crap" (BOC) -- a coveted, mystery grab bag that is often sold out within minutes of its unveiling.

If you're at all familiar with internet culture, you'll know that "woot" is also an expression of excitement, sometimes spelled "w00t." According to Matt Rutledge, Founder/CEO of Woot.com, that is where the company got its name, but it goes a bit deeper than that.

"The company Woot was designed from the ground up to fit that name and adapt itself as a public 'employee store' type of liquidation retailer," Rutledge said. "What type of store would you load up and say "w00t!" to? Answer...that would be what we built and strive every day to reach."

Some believe it first appeared in the mid-90s, adopted from the songs "Whoomp! (There It Is!)" and "Whoot! There It Is!" Others define it as the acronym, "We Owned the Other Team," originating as a victory cry for online gamers.

Still others say it comes from an old hacker term used whenever someone has gained full, or "root," access to a server, exclaiming "w00t! I have root!" And one more theory traces woot back to the game EverQuest.

Whatever the origin, there are a few idistinctions between "w00t!" and "Woot." The company name does not have the zeros replacing the Os, and the exclamation point is only used in the logo or when there is genuine cause for excitement.

What does a ferocious-sounding animal have to do with the news? The Daily Beast is the name of a newspaper in Evelyn Waugh's 1938 novel "Scoop", the favorite book of the website's founder and Editor-in-Chief, Tina Brown.

Scoop, a biting satire of journalism, tells the story of a young writer sent to Africa as a foreign correspondent after he is mistaken for a similarly named, well-respected novelist. While there, a civil war breaks out and the naïve reporter accidentally does a great job covering the conflict.