Why undersharing online can work against you 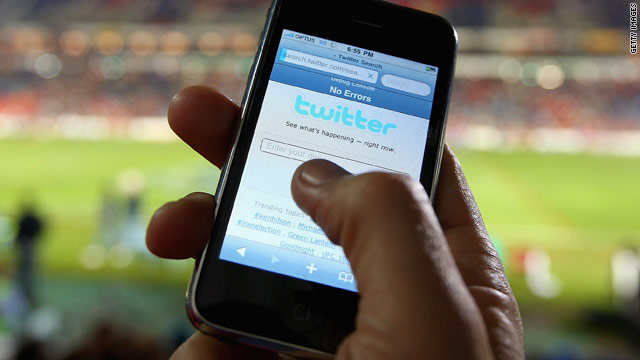 Oversharing can leave an unflattering internet trail. But undersharing can be bad for your professional image, too, experts say.
STORY HIGHLIGHTS

As a leadership coach based in Toronto, she'd seen many professionals steer clear of personalizing their online activity, under the belief that it was safer to refrain altogether rather than risk a misstep and develop an unflattering image on the web.

Reddy's job, as she saw it, was to convince her client that Google had already assembled him an online profile -- one that he probably needed to augment.

"People still don't believe that they have a presence online. Whether or not they choose to participate, they're still being talked about," Reddy said. "I'm amazed by how many people still don't Google themselves."

Most people know the basics to keeping personal photos or embarrassing conversations locked behind privacy settings. But for a wide swath of professionals, testing what to put online -- and how much -- is still a confusing, and sometimes intimidating, task.

"Everything you choose to do or not do online affects your brand," Reddy said. That doesn't mean she advocates trying to wipe clear every trace of yourself. In fact, "inactivity" adds up to something very concrete online, and can't be considered a genuinely neutral option, she said.

Quiz: Smart about building the brand of 'you'?

Reddy figures you can control about half of the content about yourself that exists online, and that if you influence even that much of it, you can control what most people find when they search for you.

The vast majority of people do not click past page one (on a search engine) -- they want to find out what's easiest to find out about you.
--Irene Koehler, social media consultant
RELATED TOPICS

Profiles on professional sites like LinkedIn, for instance, tend to rocket to the top of search engine listings, moving even faster as you add details.

"A hundred of your competitors are there," she said. "And people have choice. If you're not there, you're not even an option."

Many who are new to courting a virtual audience hesitate out of fear that somebody will respond negatively, according to Irene Koehler, a social media consultant based in California.

But the criticism you fear already exists online and offline, and it always has, according to Koehler. "You already don't control the conversation," she said.

Instead of worrying about those who may take an exception to you, she said, focus on the story that you want to tell, and make it easier for people to find that story.

As long as your own work appears front and center when you run a search for your name, you're likely to be fine, Koehler said. "The vast majority of people do not click past page one (on a search engine) -- they want to find out what's easiest to find out about you."

Most people leave an internet trail of personal activity regardless of their professional activity online (or lack thereof). Activities like buying a house or running a half-marathon build an internet presence for you whether you notice it or not.

Reddy had to persuade her corporate client that his disinterest in his online presence had ironically meant what was out there on the web was very personal.

"Ten percent of the information I found out about him was professional-related and 90% was personal -- and that's not what he wants to emphasize," she said.

"I don't think people are consciously thinking about or assessing their own level of sharing or considering the audience too much in the picture," Mina Tsay, a communication professor at Boston University, said.

"You're starting to see kind of a disintegration in the boundaries of public and private -- not only that this information should be public but that other people will tell you that information."

"A lot of people might see social media as creating these hyperpersonal relationships," she said. "You actually feel that much closer with people because of similar content that you and this other person have."

Because this window into the personal world can hook interest in the way a resume might not, posting personal extracurricular information may also help develop professional ties.

"The fact that we have lives outside of work is no longer a secret. In fact, it's what we do with that time that often is the thread that initially connects us with others or sets us apart from the crowd," Koehler said.

She noted that career savvy people now share information about their involvement with non-profits and community organizations, sports and even the places where they're eating and drinking.

Even though Reddy advised her client to beef up his online professional presence, she didn't suggest clearing away every trace of his personal life.

"People want to do business with the people they like and trust," she said, and businesses -- and leaders -- have to build those relationships online whether they like it or not.

"Today it's still a choice, but tomorrow, it's common sense -- because it's the way people communicate now."