The word we're addicted to 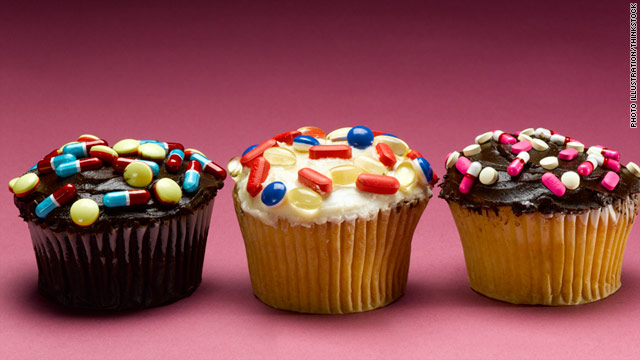 (GOOD.IS) -- Our collective use of the word "addiction" is getting out of hand. What are you hooked on?

A quick Twitter search shows the absurd range of meanings carried by one word: "addiction." Pain-med addiction in the NFL and Charlie Sheen's presumed addictions fit the medical definition, but apparently cupcake enthusiasts suffer from a "cake tin addiction."

This word covers everything from America's gasoline intake to a psychotherapy-soaked update of a classic excuse: "My dog has a digging addiction and buried my homework."

Like so many words, the meaning of "addiction" has varied wildly over time, but the trajectory might surprise you. The common perception is that "addiction" was drug-centric at birth, before gradually spreading to broader and sillier stuff, like sex addiction and Internet addiction. In reality, it's gone from broad to specific to broad, taking on and shuffling off many meanings. Addictions have always been with us, but a single, unified meaning of "addiction" is hard to score.

GOOD:Would a laptop for every student help?

The ultimate authority on English language history, the Oxford English Dictionary, shows the first variation of "addiction" popping up in the 1500s. The term comes from the Latin addictus, and in Rome, being "addict" -- originally an adjective -- meant being forced by a judge to be a servant or slave, often because of debt.

From there, "to addict" started meaning to voluntarily "bind or attach oneself to a person, party, or cause; to devote oneself to as a servant, adherent, or disciple." The meaning of "addiction" then grew to mean a zealous, disciple-like devotion. You can see traces of this meaning in a classic Kramer rant to chocoholic George: "You may stray, but you'll always return to your dark master: the cocoa bean!"

Also in the 1500s, "addiction" is first found with a broader meaning of "immoderate or compulsive" dedication or devotion to something, which is exactly like our current addictions to cinnamon rolls and Angry Birds. Not until the 1700s did "addiction" start to become substance-specific, and it took much longer for the William S. Burroughs sense to take hold.

In Psychology Today, social/clinical psychologist Stanton Peele wrote an excellent piece on the evolution of addiction, noting that, "Only in the 20th century was it narrowed and restricted to the use of narcotics, specifically heroin. Any 'expansion' is thus a return to addiction's traditional meaning."

Word maven Michael Quinion has more addiction history here, and a recent update to the OED filled in some blanks. Terms such as "addiction counseling" and "addiction counselor" didn't pop up till the early 1970s, perhaps because of post-1960s drug awareness.

I love the term "over-addiction," which is traced to 1662 and seems to mean "mega-addiction." These days, we might call it an addiction-pocalypse.

With so many types and meanings of addiction, it's always been a challenge for medical professionals to determine, as Peele writes in PT, "Just what does addiction refer to? Is it a brain disease? A behavioral pattern? Or is it a larger experiential pattern?"

Medical tomes such as the Diagnostic and Statistical Manual are continually revised but Peele summarizes the key points for layfolk: "Addiction is the search for emotional satisfaction -- for a sense of security, a sense of being loved, even a sense of control over life. But the gratification is temporary and illusory, and the behavior results instead in greater self-disgust, reduced psychological security, and poorer coping ability. That's what all addictions have in common."

That's what all illness-type addictions have in common, anyway. I get plenty of emotional satisfaction from my daily fix of books like the OED and Green's Dictionary of Slang. My word obsession hasn't raised or lowered my ability to cope, and my level of self-disgust has held steady since Catholic grammar school. I guess I'm in the safe, general range of addiction rather than the medical danger zone.