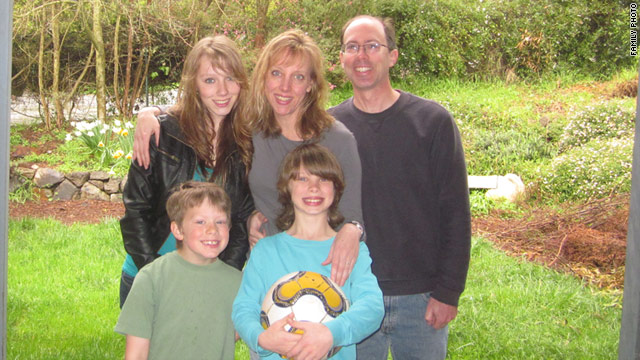 "Could be, I suppose. I'm open to either gender, as long they have a clean driving record."

He thinks about this for a minute. "Umm, are you planning on doing something in a moving vehicle?"

I say, "We have three kids, right?" (This is not news to him; there have been a number of signs and symptoms.) "Right now, only two of them are playing soccer. But what happens when Kirby decides he wants to play? How are we supposed to get three kids to three separate games, plus all the practices? You really need three parents, but I'm thinking maybe a lover would be willing to do it. In exchange for sex."

He yawns and says, "Mmmmhmm," sounding thoroughly unsurprised (at this point in our parenting careers, it's pretty difficult to surprise him). Plus, he already knows we're hosed, soccer-wise.

Back when we were thinking about having a third kid, several of our friends said, "But how will you get three kids to soccer?" It's practically a form of birth control, this soccer thing. The funny thing is, I actually like soccer -- I just don't like having our whole family life revolve around it.

We swore we wouldn't be the kinds of parents with overscheduled kids -- and more importantly, we swore we wouldn't be overscheduled parents. (It seems like we did a lot of one kind of swearing before we had children, and an entirely different kind afterward). Forget excessive organized sports (we swore); we would send our children outside to play with other neighborhood children, as we had done when we were young.

But here's what it would be like if I tried to send my kid outside to play in our middle-class suburban neighborhood:

Me: "Go outside and play with the neighborhood kids, Honey."

Kid: "There's nobody out there and nothing to do."

<Cut to outside: dead silence, except for a few crickets chirping>

On the one hand, we've been warned about child-abducting weirdos roaming the streets. On the other hand, we've been warned about the dangers of childhood obesity and a lack of exercise. And of course, we're been schooled in the importance of childhood socialization and teamwork skills. All of which seem to lead, inexorably, to ... soccer. Or other organized sport, take your pick.

Sure, my two young boys can (and do) play with each other (my oldest is a teenaged girl, and her interest in playing with her little brothers is so small, it cannot be seen with the naked eye). But there's only so much one-on-one time brothers can spend with each other before someone ends up, you know, bleeding.

Plus, you really need a pack of neighborhood kids to play things like Kick the Can or execute epic battles, the kind that take up hours and enable a mom to shoo her kids out the door and say, "Be home by dinner!" (How I'd love to be able to say that.)

The problem is, no one plays outside after school in our neighborhood. There are no kids anywhere to be found. They're all at soccer.

Later, I'm at my middle child's soccer game, standing next to my youngest child, Kirby, who is now a few months shy of 7. He has probably watched at least 75 of his siblings' games and practices, starting when he was 3 days old.

What the heck, I tell myself, it really is his turn. Somehow, we'll make it work. I brace myself inwardly and say to him, "So, do you want to play soccer next year?" He thinks about it for a moment and says, "Nah, not really," and walks away.