Have a great idea? How to tell your boss 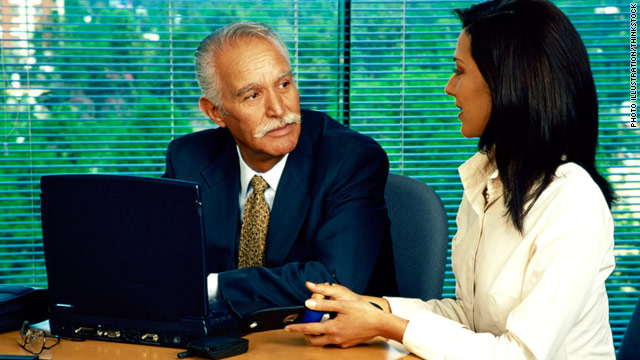 Just like with a job interview or anything else, you must exude confidence in what you are saying.
STORY HIGHLIGHTS
RELATED TOPICS

(CareerBuilder.com) -- Everyone is on social media these days: your friends, your favorite department store, your neighborhood coffee shop ... even your grandma throws out a status update every now and again.

But for whatever reason, your company missed the memo about Web 2.0 (probably because they didn't see it on Twitter) and continues to hum along in ignorant bliss, completely unaware of the marketing and engagement opportunities passing them by.

You've been dying to fill your boss in on this missed opportunity, but you just don't know how -- or when -- to bring it up. That's because telling your boss about an idea you have is a risk -- there's a chance you may get shot down -- and taking that risk can be nerve-wracking.

If you've got a great idea on the tip of your tongue, here's how to broach the subject with your boss:

Ask yourself "Is the idea good for business?"

"There is a difference between a great idea and an idea that will truly advance the cause of the business," says Dorothy Tannahill Moran, owner of Next Chapter New Life, a career change and development firm. "Make sure that you are clear on the true benefits or results you expect."

You don't want to present an idea only to have you boss poke a dozen holes in it within five minutes. To prevent this, prepare yourself with background information that will allow you to answer the questions that your boss will inevitably have during your conversation. "Have your idea developed enough that you can lay out some of the variables, results and implementation [and] be ready to field questions," Tannahill Moran says.

Chris Westfall, owner of business consulting firm Westfall and Associates, suggests you start by finding the answers to the three questions almost every boss will ask:

• How much does the idea cost?

• How much will the idea make?

• What's the long-term ripple effect of the idea?

In addition to the financial details, it's important to think through the effect that the idea will have on other areas of the company, like employee morale and company reputation.

Tie your idea to the company mission

"Always know -- in detail -- your company's goals, mission statements, value statements, major initiatives or items that are emphasized on your company website, in shareholder reports or in any other external documents," suggests Terry Henley, director of compensation services at Employers Resource Association, a firm that provides HR advice, training and news for small businesses. "Try to tie your proposal in to support one (or more) of these stated objectives."

Even better? "If possible, connect your idea, in some significant way, with a previous company effort that is broadly acknowledged as having been successful," he says.

"Know the hot buttons for your boss, his/her boss, your division head or your CEO," Henley emphasizes. "If your idea intersects with one of their areas of known interest, that increases the likelihood of success for you, and, if the idea is likely to bring favor to your boss and their immediate superiors, it will enhance their own success. Do not hesitate to point out any manner in which this idea will benefit your boss, his organizational unit and his superiors."

One word of caution, though. "Avoid being overly manipulative or self-serving; those are career-enders," he says.

Wait for the right time

"If the house is on fire, a new idea tossed into the mix may not go over well unless the idea helps the immediate crisis," Tannahill Moran says. "You want to present an idea when the ability to focus and plan exists."

Open with a "pain" statement

A pain statement is one that directly addresses a point of concern and is a great way to get your boss's attention, says Leigh Steere, co-founder of Managing People Better, LLC. "Managers want solutions to the problems that are keeping them awake at night," he says. "For example, [say something like] 'I've been thinking about the last three quarters' operating losses and believe I have a solution for turning that around and getting us back on solid footing,' or 'I see we're getting lots of appointments with new prospects, but we just aren't closing the deals. I think I know why and what we need to do to improve our sales results."

"Just like job interviewing or anything else, you must exude confidence in what you are saying. If you are tentative or unsure, then your great idea is going to come across as weak," Tannahill Moran says.