The perils of badmouthing your boss 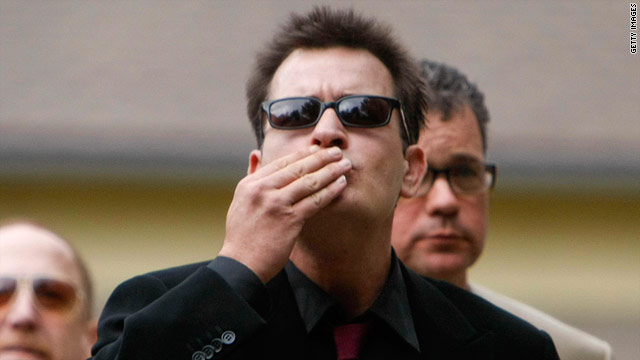 Despite all of Charlie Sheen's transgressions, he was seemingly fired for badmouthing his boss.
STORY HIGHLIGHTS
RELATED TOPICS

(CareerBuilder.com) -- Charlie Sheen's latest controversy shows that one of the easiest ways to damage your career or end your job is to say bad things about your boss.

Over the past 10 years, he's faced accusations of violence and threats against ex-wife Denise Richards and currently estranged wife Brooke Mueller. And most recently, the dicey details of his alleged drug and alcohol fueled binges have become a fixture in the national media.

By and large, his employers have tended to ignore his private life. But even Charlie Sheen can't badmouth his boss and get away with it.

On February 24, Sheen called into syndicated radio program "The Alex Jones Show," during which he went on an angry rant about -- among other things -- "Two and a Half Men" creator Chuck Lorre. Sheen called Lorre a "turd" and a "clown."

A day after the outburst, production of "Men," which was in the middle of filming its eighth season, was immediately stopped. After all of his antics, Sheen lost his job apparently for calling his boss names.

You don't have to announce your hatred for your manager on a syndicated radio program to get fired. Comments on Facebook, Twitter or even at the water cooler can cost you your job.

Here are six examples of why it's never a good idea to bad mouth the boss, and an expert's advice on how you can better handle your frustrations.

1. Gen. Stanley McChrystal was forced to resign from his post as the commander of U.S. and NATO forces in Afghanistan last summer, after his off-color comments about both Vice President Joe Biden and the Obama administration in general were published in an article for Rolling Stone.

2. A British newspaper reported a U.K. woman was fired after posting on her Facebook page, "OMG I HATE MY JOB!! My boss is a total pervvy (sic) w**ker, always making me do s**t stuff just to p**s me off!! W**ker!"

The women had apparently forgotten that she was friends with her boss on Facebook. A few hours after she posted her rant, her boss replied with a comment of his own, which ended, "And lastly, you also seem to have forgotten that you have two weeks left on your six-month trial period. Don't bother coming in tomorrow. I'll pop your P45 in the post and you can come in whenever you like to pick up any stuff you've left here. And yes, I'm serious."

3. In June 2010, Andrew Kurtz, a 24-year old Pittsburgh Pirates' mascot, was fired after posting a comment to his Facebook page about team president Frank Coonelly's decision to extend the contracts of two of the Pirates' managers.

Within hours of Kurtz posting the comment -- "Coonelly extended the contracts of Russell and Huntington through the 2011 season. That means a 19-straight losing streak. Way to go Pirates" -- Kurtz was fire, according to the Pittsburgh Post-Gazette.

4. Four women who worked for the town of Hooksett, New Hampshire, lost their jobs in 2007, after they were caught discussing a rumor that their boss, town administrator David Jodoin, was having an affair with another female employee. Two of the women subsequently made an appeal to get their jobs back, claiming they had been wrongfully fired, but the appeal was denied.

5. In a bit of a twist, Brazilian football team Palmeiras fired its manager after he made a comment on Twitter that he hoped one of his players -- who'd skipped practice with no explanation -- would be traded to a rival team.

6. Dawnmarie Souza, a Connecticut employee of American Medical Response, was fired after badmouthing her boss on her Facebook page. Among other insults, Souza implied that her boss should have been a psychiatric patient.

Souza's firing prompted the National Labor Relations Board to file a case against AMR in October 2010, on the grounds that AMR's policy against workers discussing the company negatively on the Internet was in violation of NLRB guidelines. The case was settled in early February, and AMR agreed to amend its policies.

The lesson to be learned from all of these outbursts is one of communication, says Kerry Patterson, co-author of the New York Times best-seller "Crucial Conversations: Tools for Talking When Stakes are High."

"Employees typically badmouth their boss when they are angry and don't know how to confront their boss about the issue," he says. "One of the problems with badmouthing is you typically communicate emotions harsher than you actually feel and will most likely regret your words later."

A better approach, Patterson says, is to directly address the issue you're having. "Regain your composure and choose to problem solve, rather than badmouth. With the right set of skills, you can respectfully confront your boss before you act out in ways that could eventually cost you your job."

The following are Patterson's guidelines for constructive confrontation.

• Don't address the matter when you're irritated: "This is ineffective because at that point our goal is no longer to be constructive, it's to punish. Before opening your mouth, ask yourself, 'What do I really want?'"

• Establish respect: "Begin by clarifying your respect and your intent. Help your boss understand that your intent is to provide a different viewpoint you feel will help achieve your mutual goal."

• Remain objective: "Describe your concerns with facts first. Don't lead with your judgments or conclusions. Start by describing in non-judgmental and objective terms the behaviors that are creating problems. If your boss becomes defensive, pause for a moment and check in. Reassure them of your positive intentions and allow them to express any concerns they have."

• Give your boss a turn: "Finally, having shared your concerns, encourage your boss to share their perspective. Invite dialogue. The result of your openness will be a greater openness on your boss's part as well."