Growing up without grandparents 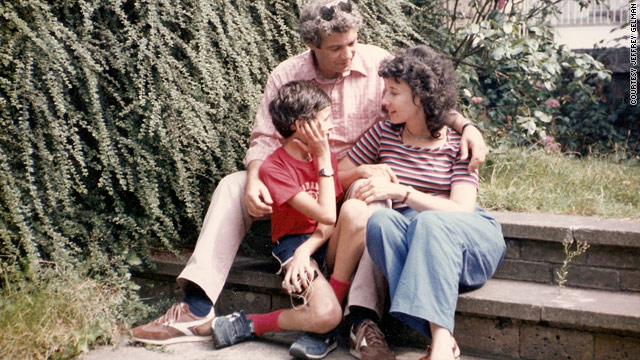 Jeff Gelman, here at 11 with his parents, lost the two of them in a car accident. He regrets he can't ask for their advice on kids.
STORY HIGHLIGHTS
RELATED TOPICS

(CNN) -- For Tarah Epstein Baiman, parenting without having parents of her own to rely on is like "piloting a plane sans rudder." She learns to make adjustments without their guidance. Extra help comes from people and places she never imagined.

Baiman lost her parents as a teenager. Her mother died in a shooting, and two years later, her father passed away from diabetes. As a married mother of two children, the 40-year-old has learned to navigate the parenting maze without her mom and dad.

"As adult orphans, we are consciously or unconsciously afraid that our children, like our parents, will die, and we will be emotionally devastated again," says Baiman, who started the Orphan Society of America, a nonprofit group that helps children whose parents are victims of violence.

"Or that we, ourselves as parents will die, leaving our own children orphaned," she says.

Baiman wasn't the only one in her family affected by her parents' deaths. Her children never got to know their grandparents.

If journalist and writer Allison Gilbert's theory is correct, parenting without parents is becoming a more common phenomenon. Her book "Parentless Parents" (Hyperion), released this month, explores how losing parents can affect how a person raises his or her children. 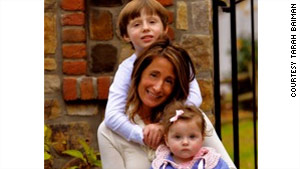 Tarah Epstein Baiman, whose parents died when she was a teen, founded a nonprofit to help orphans.

"There are so many losses that parentless parents experience that are completely and utterly irreplaceable when you don't have your mom and dad," says Gilbert, who was in her 20s when her mother died. Gilbert's son was 18 months old when her father died.

"The inaccessibility of information and the lack of access to your own family history, traditions, religious values or other family values are completely severed," she says.

Jeff Gelman, a 37-year-old teacher and father of three in Pennsylvania, says parents offer valuable advice and information that no one else may have. Gelman lost his parents in a car accident when he was 13.

He says having his parents around could help answer questions he has about his own children. For example, he'd like to ask his parents how they dealt with his shyness as a child. One of his sons today exhibits the same quiet personality.

"Sometimes it's not necessarily the milestones when you miss your parents," Gelman says. "It's the wonder on my kids' faces when they light the Hanukkah candles and it reminds me of them (my parents). It's the little things like that, that all (of) the sudden surprises you."

Since federal statistics shows life expectancy has increased, one would expect grandchildren and grandparents to have more time together.

However, Gilbert argues the rise in life expectancy isn't enough to compensate since women are having children later.

Her book cites U.S. government statistics that show in 1972, about 180,000 children were born to mothers older than 35. In 2008, the figure had tripled. Gilbert's data was verified by several demographers, including Kenneth Land, director at the Duke Population Research Institute.

Some experts argue the trend of being a parentless parent is nothing new -- that grandchildren have not been living in the same town as their grandparents because many parents must move for their jobs.

One expert who studies family structures disagrees with Gilbert's theory that more children are growing up without grandparents. Brian Powell, a sociologist studying families at Indiana University, points out overall life expectancy has increased about seven years between 1970 and 2006, according to government data. Between 1970 and 2007, the average age for a woman to have her first child increased by 3.6 years.

He adds that the number of older women having children may be increasing, but that figure is "still very small."

But he agrees losing grandparents is stressful. "We all know that loss of a parent is a very difficult thing," he says.

Raising children without the help of one's parents can stir emotions, Gilbert agrees.

Jeff Nudelman, 47, of New Jersey says he talks to his three children about his parents to keep their memory alive. His father, an engineer, passed away from lung cancer 30 years ago. His mother died shortly after the birth of his twins.

But sometimes the stories are not enough. There are moments, he says, when he finds himself wishing his father was around -- during his son's baseball and soccer games or the holidays.

"I can't call, tell my mom about anything the kids are doing day to day and as they grow up," Nudelman says. "I miss that end of it."