An entire career at one company 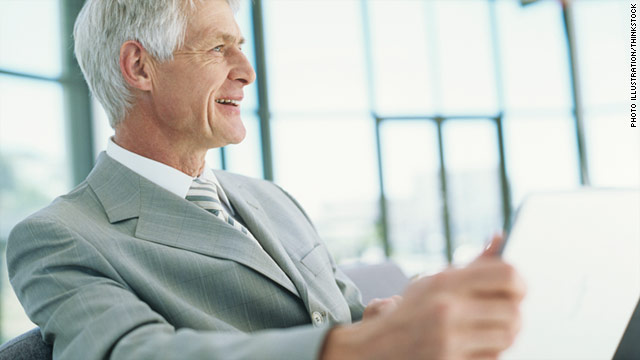 The feeling of most long-time employees is that they are happy to have found a place where they belong.
STORY HIGHLIGHTS
RELATED TOPICS

(CareerBuilder.com) -- Mark Gleckman has been with Winter, Wyman -- one of the largest staffing firms in the Northeast -- for more than 30 years. In contrast, his son is working for his sixth company in 15 years.

While the pros and cons of each career route can be debated, one certainty is that the path of the elder Gleckman is becoming increasingly rare . . . but not unheard of. Below, meet several "lifers" (by the way, most of them hate that term) and learn why they stay.

CareerBuilder.com: How do you get experience if nobody will hire you without any?

"This work still feels fresh to me, and that is due in part to the fact that I have not held the same job for 30 years," Gleckman states. (He is currently the managing partner responsible for permanent placements). Workers who are offered chances to advance and develop often see little reason to move elsewhere.

Take Laura Martinez of JAMS -- a provider of mediation and arbitration services headquartered in Irvine, Calififornia. She started in 1989 as a receptionist and has since held nearly every single position. A former manager pushed her to attend trainings to help formalize a human resources department, and Martinez's first-hand understanding of each position at the company now helps her to make decisions as vice president of human resources.

The willingness to help employees grow often extends beyond the workplace.

"What started off as just a 'job' in the right location has ended up being a truly rewarding profession for over 21 years," states Christine Alan, who started as an account executive at Kaye/Bassman International Corp. in Dallas, Texas, and is now a managing partner.

She cites that management "has always been encouraging and supportive, whether I am in career-woman mode or part-time mom mode" and feels that the company has given her "the latitude to truly have a positive work-life balance."

Sometimes workers develop right along with the company, forming a special bond. This was the case for Suzanne Schutz, who was the eleventh employee hired at Cold Stone Creamery headquarters in Scottsdale, Arizona, and is now vice president of marketing. "When I started, the brand was in its infancy. To be a part of an emerging brand is addictive. You see it grow as only an idea and then boom it takes off," Schutz says.

CareerBuilder.com: Get the most from a fall-back job

Belief in the company

Now that Cold Stone is more of a mature brand, Schutz says that she stays because "I know how amazing the brand, franchise and products are, and how great we can become."

This feeling of being a part of a place they can be proud of keeps many long-time employees coming back year after year.

"I have stayed so long because I believe in the mission of the organization," states Kristine Dunkerton, who began as an intern for Community Law Center in Baltimore, Maryland, in 1997 and is now the executive director. "We provide free legal services for nonprofit organizations."

Dinah Goldman, who started in 1983 as a sales representative for the direct marketing company Valpak and is now a senior account executive in Los Angeles, California, echoes the sentiments that a mixture of personal and professional satisfaction has kept her with the same employer.

"I found a level of success at Valpak that proved to be very rewarding. I thoroughly enjoy working with new businesses and helping them retain a steady flow of customers," Goldman says. "It feels great to build lasting relationships and give back to the community -- all while earning a satisfactory income."

"Lifers" are like any other workers in that they sometimes think about the road untraveled.

"I often regret not leaving the County when I obtained my BA degree in the year 2001," says Alma Hudson, who has been with the child support services department of the County of Los Angeles for more than 35 years. "I often wonder if I could have used my degrees in business administration and accounting in a job I was more suited for."

Others express that it becomes hard to consider leaving a company after so many years because of age, accumulated benefits, job security and a tough employment market.

But the overwhelming feeling of most long-time employees is that they are happy to have found a place where they truly feel they belong.

As Schutz sums up, "If I left now, I would feel as if I was abandoning a part of myself."