Does being creative help you climb to the top? 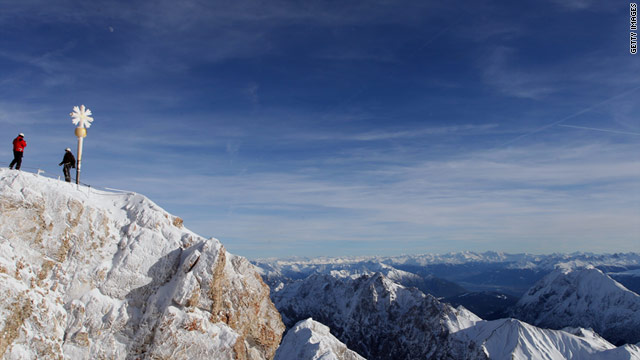 It may be a tough climb to the top for creatives. New research suggests that people who express creative ideas are viewed as having lower leadership potential.
STORY HIGHLIGHTS
RELATED TOPICS

(CNN) -- Your manager and colleagues regard you as a creative genius, leading to thoughts of a promotion in your head.

But if you're harboring ambitions of harnessing your skills to land a leadership role, you could be in for a tough climb, according to new research.

People who express creative ideas are less likely to be identified as having leadership potential, according to a forthcoming study in the Journal of Experimental Social Psychology.

"In theory creativity is a positive thing and everyone wants it," said Jennifer Mueller, assistant professor of management at the Wharton School of the University of Pennsylvania and lead author of the study.

But in practice, "creativity causes a lot of problems in the sense that you don't know if it's going to work, if it will be accepted, or viewed as weird or crazy," she said.

Researchers asked employees at a multinational company in India to rate their colleagues on the extent to which they produced creative ideas -- ideas that weren't just useful, but also novel -- as well as the extent of their leadership potential.

They also surveyed college students in the United States. Students were randomly assigned to pitch either a "creative" idea or just a "useful" one. Classmates then evaluated their suitability for a leadership position on the basis of their statements.

The surveys from India and the United States found the same thing -- that expressing creativity was negatively correlated with perceptions of leadership promise.

Creative leadership allows leaders to move organizations in profitable new directions, but when creative ideas or solutions are put forth, questions about a candidate's suitability for leadership are activated, the study authors say.

But thinking outside the box is at odds with the stereotypical view of what leaders should do -- for instance, create goals, diminish uncertainty and maintain the status quo, Mueller said. She says she witnesses this sort of attitude all the time when she visits organizations.

"I walk into a meeting and someone voices a creative idea and someone else rolls their eyes and says 'that's the creative over there,'" Mueller said. "Yet if you were to say, 'Do you want a creative leader?' They would say, 'Of course!'"

Mueller and her collaborators conclude that "organizations may face a bias against selecting the most creative individuals as leaders in favor of selecting leaders who would preserve the status quo by sticking with feasible but relatively unoriginal solutions."

Jorg Reckhenrich, adjunct professor of creativity and innovation at the Lorange Institute of Business in Switzerland, who was not involved in the study, said managers can take measures to overcome this bias.

"If a leader wants to foster creativity within an organization he or she should definitely have a better understanding what his or her creative approach is," he said.

Once managers understand these creative principals, they must then learn how to "orchestrate" their company's creative potential, Reckhenrich said.

Mueller, who is conducting further research into the negative associations of creativity, thinks everyone needs to start talking about what makes a good leader so that we can debunk the stereotype, as well as familiarizing ourselves with the true traits of creative people.

"Corporations should be really careful about their performance appraisals system and how they identify leadership. If they really want to have creative leadership, it's going to take more time and effort to nurture," she said.