Before they were stars: The early jobs of today's biggest celebrities 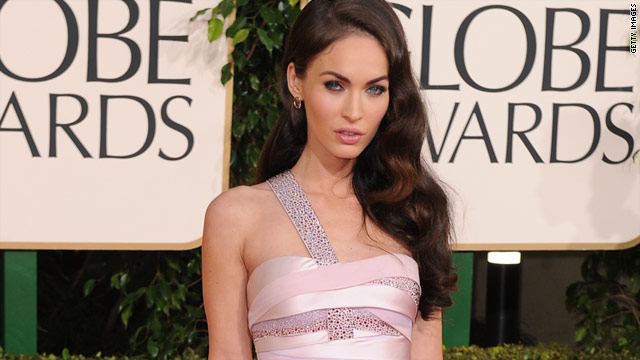 Megan Fox was forced to wear a banana costume at her first job working at a smoothie shop.
STORY HIGHLIGHTS
RELATED TOPICS

(CareerBuilder.com) -- In interviews, celebrities often talk about how "normal" they are, and how their fame and success still hasn't really hit them. All this talk of normalcy can seem kind of hard to believe considering that it's coming from a gorgeous, talented, wealthy, loved-the-world-over person who makes regular appearances on our TV screen; that is until we take a look at some of their first jobs.

Whether it was working retail, waiting tables or washing dishes, the following celebrities had first jobs that make us believe they're serious when they say "I can't believe I made it."

Now: At age 24, Lady Gaga is one of the most popular recording artists in the world, having sold more than 15 million albums as of October 2010.

Then: In high school, when the Lady was still known as Stefani Germanotta, the aspiring pop-icon bussed tables at a diner near her childhood home on Manhattan's Upper West Side. According to New York Magazine, she used her earnings to buy a Gucci bag.

Then: According to her book "My Horizontal Life," Handler's first job was as a waitress at a Morton's steakhouse in Los Angeles.

Now: Ansari stars on NBC's "Parks and Recreation" alongside Amy Poehler. He also hosted the 2010 MTV Movie Awards and was named one of Forbes' "17 Stars to Watch" in 2010.

Then: Ansari told BlackBook Magazine that his first job was as "a dishwasher at one of those Japanese places that cook on your table. Not too fun."

Then: Fox, who is known for her good looks, was actually forced to wear a banana costume when she worked in a smoothie shop as a teen, a secret she first revealed during an interview with Nylon Magazine. Something tells us she would have garnered more customers without a costume covering up her good looks.

Now: Cannon is the host of NBC's "America's Got Talent" and is expecting his first child with wife Mariah Carey in the spring.

Then: "My mother made me get a job at like, Wienerschnitzel," Cannon told MTV's documentary-style TV show "When I was 17." Cannon reportedly worked at the drive-thru, but was fired after spending too much time telling jokes to customers over the microphone.

Now: Seyfried's career has exploded in recent years. Since 2008, her film credits have included roles in "Mama Mia," "Dear John," "Letters to Juliet" and "Jennifer's Body." She also has a regular role on HBO's "Big Love," and starred alongside Lindsay Lohan and Rachel McAdams in 2004's "Mean Girls."

Then: Seyfried told Jay Leno that her first job was working as a waitress in a nursing home.

CareerBuilder.com: Best bets for jobs in 2011

Now: McHale is the host of the E! Network's "The Soup," and he stars as community college student Jeff Winger on NBC's "Community."

Then: McHale told the Los Angeles Times that he took on a variety of odd jobs, including work as a caddie and a stint at a wine shop, before his television career took off.

Now: Kors not only has a variety of popular clothing and home collections, but he is also a judge on hit-TV show "Project Runway."

Then: Kors had an early interest in fashion. According to his website, at age 19 he got a job as a salesperson working at Lothar's, then one of the premier boutiques in Manhattan.

Then: According to the Washington Post, the brothers worked a variety of minimum-wage jobs, including stints at a pizza parlor and time spent shampooing hair at a Maryland salon.

Then: In his autobiography, Simmons talks about the only 9-to-5 job he's ever held. A stint at an Orange Julius in Manhattan's Greenwich Village during his senior year of high school. Simmons has said that he barely lasted two months at the job though, before he was fired.

Now: Ferrera wrapped the fourth and final season of her popular TV show "Ugly Betty" in April 2010. She also recently starred in "The Dry Land," a film that was nominated for the Grand Jury Prize at this year's Sundance Film Festival.

Then: According to her bio on AMCTV.com, Ferrera started waitressing after high school, in order to pay for head shots and the expenses of her budding acting career

Now: Renowned chef Colicchio owns the popular chain of Craft restaurants and is a judge and producer on Bravo's "Top Chef."

Then: Colicchio has said he's been involved with cooking in some form since he was a child, but he got his official start at age 13, when he got a job as a snack-bar cook, according to ABC News.