How to outsmart the airlines 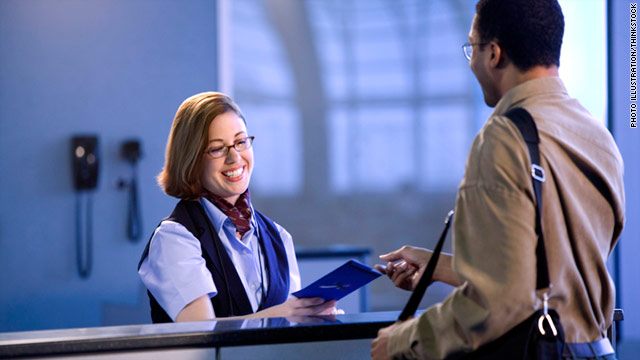 Be flexible when it comes to the time, day or week you travel, and you could save hundreds of dollars.
STORY HIGHLIGHTS
RELATED TOPICS

Editor's note: Christine Romans is the anchor of CNN's "Your $$$$$" and author of the new book "Smart Is the New Rich."

(CNN) -- The à la carte fee menu for everything from aisle seats to bags to lunch has brought the airline industry back to profitability. That's good for the airlines, but passengers feel like they have been nickeled-and-dimed to death.

It's one reason why road warriors are buzzing about Delta Air Lines' new online auction system that could guarantee you money if you're bumped from a flight. For the first time in a long time, travelers felt like they might be able to get the upper hand.

Imagine volunteering to be bumped from your flight and rebooked, and being given a travel voucher of a few hundred dollars when you check in, instead of at boarding. If you have flexibility to travel, it sounds good.

But Mark Orwoll of Travel and Leisure magazine says be careful.

The key is to make sure it is worth your while. His advice? Don't bid less than $900.

"A lot of people might say now I wouldn't mind getting a $200 flight voucher for future flights because I have some flexibility," Orwoll says. "But look at this. You don't have the negotiating power. You can't ask them for a meal voucher while you're waiting. What if the next flight they put you on gets canceled? Are they going to put you up in a hotel? The other thing is this: If you are involuntarily bumped, the Department of Transportation requires that the airline pay you as much as $800. So a lot of people don't know that. So they're underbidding themselves."

No question, it's getting harder to outsmart the airline game. Less capacity means flights are crowded and oversold. You pay for a window or aisle seat. Even priority boarding for families has disappeared on some airlines. Instead you can pay extra for "priority boarding."

With that in mind, here are the few remaining ways to get the upper hand with your airline:

The best time to buy a ticket is at 3 p.m. Tuesday, according to analysis from Rick Seaney at farecompare.com.

Most airlines publish their sales on Tuesday afternoon and tend to pull them by Thursday. Buying a ticket from your laptop on Saturday afternoon virtually assures a higher fare.

The cheapest day to fly domestic is Wednesday. Farecompare found Tuesday and Saturday round out the top three cheapest days to fly. Friday and Sunday, no surprise, are the most expensive.

Be an early bird

Never take the last flight out. Better yet, fly as early as you can. As the day wears on, delays from weather and traffic build up, and flights are canceled. And for those of you who can get up before dawn, the first flights tend to be the cheapest.

Whether it is the departure or arrival airport, the day you travel, or your ability to shift your trip by even a week, you can save hundreds of dollars.

Easier said than done if you are traveling with a posse of kids, but each of those bags will cost you a pretty penny. If you can't carry it easily on board, don't bring it.

At the same time, carefully do the math on the car seat. It might pay to check it for $25 once rather than pay up to $40 a day to rent one through the rental car company when you arrive. And from personal experience, many airline gate agents check baby gear onto the flight with no charge.