Hitting up the family bank 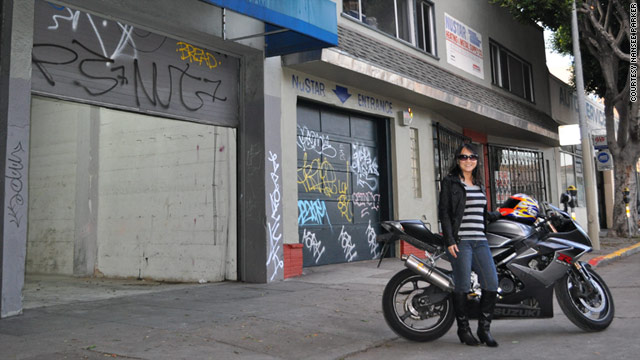 (CNN) -- Borrowing cash from his mother was something Nick Richardson didn't want to do as a man in his 30s.

He had been laid off from a law firm in 2008, and he faced student debt and no job prospects. So he decided to open his own law practice in Illinois. But instead of seeking a bank loan or using his credit cards, he turned to the "Bank of Mom."

The $5,000 family loan came with perks such as no interest rates.

"There was a grace period to get my feet wet," he said. "There was no repayment schedule -- really just pay as you go."

Since the economic downturn began, more parents who thought they were finished supporting their grown kids are discovering they are not done yet. Siblings and other relatives are also facing cash requests as "boomerang kids," unemployed adults and individuals juggling mounting debt are finding themselves in need of help.

Loans among family members have become more frequent, some financial experts and sociologists say, because qualifying for a loan from a bank or traditional lender is more difficult and jobs are still hard to get. As of November, the U.S. Bureau of Labor Statistics reported the unemployment rate was hovering around 9.5%.

In 2010, about 42% of people surveyed by the Pew Research Center said they'd lost ground during the recession and had borrowed money from family and friends to pay bills.

Buying a home is another expense that often requires family financial assistance. The National Association of Realtors says more than a quarter of first-time home buyers had borrowed money from a relative or friend.

Parents, siblings or other relatives can be an obvious choice for some quick cash. The recipient can probably expect more flexibility and leniency from family than from a traditional bank. But requesting financial assistance can be an uneasy and awkward conversation. And some family loans can lead to friction, sibling rivalries and perennial arguments over who owes who and how much.

Richard Lachmann, a professor of sociology at the University at Albany, said a prolonged economic slump may shift the cultural norms in a family. Lachmann believes most American families are living from paycheck to paycheck and lack emergency funds. If the economic outlook persists, parents may start working more years in order to save money in case they need to financially help their children after they graduate college.

"When your kids leave home, you can no longer say: 'This is it. I can buy a boat and take a vacation to Florida,' " Lachmann said. "This may become more widely the case."

But Nicole Hall, editor of The LendingTree blog, cautioned parents against giving more money than they can afford because they may be putting their retirement in jeopardy.

Hall advises these family lenders to clearly lay out the terms, interest rates and payment schedules to minimize misunderstandings and conflicts.

"Remember, this is a business transaction, even though with family involved there can be more emotion," Hall said. "At the same time, you have to protect your own financial situation."

Other financial planners say if a family member plans to dole out cash to a relative, they would be wise to consider whether they can afford the give the money as a gift in order to avoid family strife.

When a relative fails to pay a loan back, it can put the lender in an uncomfortable position: Do you ask for the money back? How often is too often to remind them?

Shanon D. Murray has played the lender role several times within her family, costing her thousands of dollars. Murray, a personal finance writer who lives Washington, was approached recently by a family member who wanted to borrow money for school books.

This time Murray said no.

Older family members tend to be at risk for unpaid family loans, says Jeffrey Asher, an estate lawyer in New York. He has seen cases when elderly parents gave their adult children money, believing the cash was a loan. However, the adult children later claimed they thought the money was a present. Asher recommends parents get everything in writing.

"If you're not going to treat it seriously, then don't expect to be treated seriously in return," he said.

Safran says lenders, particularly parents, should carefully weigh the circumstances of a loan request before agreeing to loan the money. For example, if the relative has credit debt, but continues to buy expensive items, a loan will not solve the root problem.

The Internal Revenue Service allows any individual to gift up to $13,000 to another person each year without either one having to pay gift tax or income tax. Charging interest on any loan of more than $13,000 avoids either a gift tax for the giver and income tax for the recipient.

Other ways to help ensure the money is returned is to use a peer-to-peer lending site such as Lending Club. The company, which started in 2007, brings together online financial community of borrowers and investors to fund loans.

Investors risk losing money if the borrowers do not pay them back. But the club also turns delinquent loans over to an external collections agent.

Nansee Kim-Parker, a civil engineer in San Francisco, California, said the Lending Club helped her eliminate the uncomfortable "you owe me money" conversations with her brother. Last year, Kim-Parker needed $20,000 to start her own motorcycle shop. She dipped into her retirement and when that was insufficient, she turned to her family and friends by posting her request on the peer-to-peer lending site.

Her brother helped her with a majority of the loan.

"In these times, banks aren't lending, and it's really hard to get funding especially if you are going to be a start-up," Kim-Parker said.

Back in Illinois, Nick Richardson says his law firm has been in business for more than a year and a half and is growing. Each month, he operates on a straightforward rule: If you borrow money from someone, pay it back.

"Even if it's $10 a month," he said. "Pay something because you never know when you'll need to borrow money from that person again."