Without a job, California woman forced to live a lie 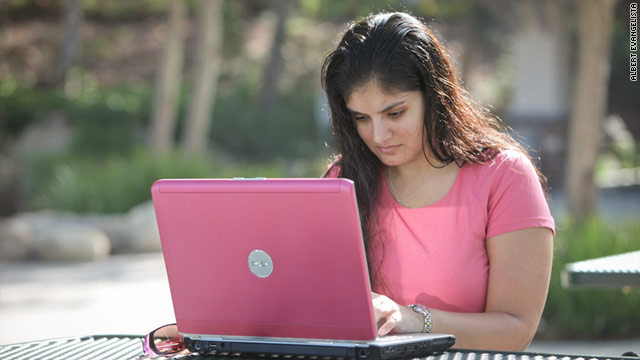 Sukhraj Beasla, 30, was earning up to $70,000 a year before she was laid off two years ago.
STORY HIGHLIGHTS

(CNN) -- Sukhraj Beasla's parents boast that their successful daughter works at a bank. The problem is that it's all a lie -- she was laid off more than two years ago.

The tentacles of this lie taunt her, adding to mounting familial pressure to get it together.

When Beasla visits her parents in Northern California and they go out to dinner or their temple, they brag right along with the other parents. Beasla has no choice but to play along with the lie.

"I have to go there and tell them I was able to get my next promotion and that I'm on track and that there's no way the company would let me go because I'm such a valuable asset and all this bulls***," Beasla said.

Beasla, who is 30, has been living off part-time work since she lost her job in February 2009 as a project manager and later as a trust manager for LaSalle Bank.

She earned an annual salary between $65,000 to $70,000 and was about to be promoted to an assistant vice president, but layoffs came instead.

Share your story: How are you coping with tough times?

Beasla is still earning enough to keep her above the official national poverty line, which is $11,139 a year for an individual.

But her income barely covers her living expenses in Orange County, where the cost-of-living index is higher than the state or national average.

"I will overdraft my account if I have a bad month," she said. "It sucks because it will mean stocking up on Ramen (noodles)."

It's enough to give her 40 to 50 hours of work every week, including weekends, but it's not always enough to cover the rent.

She's paying $1,300 a month for her one-bedroom apartment in Lake Forest, California. That's just under the average monthly rent for Orange County, which is $1,400, according to city-data.com.

See where U.S. poverty is increasing

As all of her work is part-time, she has no benefits. Insurance of any kind is too expensive, she said.

She's strictly living off what she makes and has not received any assistance from the state since her unemployment benefits ran out in 2010.

She has found creative ways to survive.

"I'll sell stuff on Ebay to get by," said Beasla. "I'll call for extensions on Internet so I can do my job at home. I can't really be without Internet."

Cutting back and sacrificing more than ever, Beasla has made do with her daily expenses.

Living with no paycheck for two years

She leaves her car at home and walks wherever she can -- gas is hovering at $4 a gallon in her area. Basic TV, not cable, is free and there's always Hulu or the chance to watch cable while she's babysitting at night.

When friends ask to go out for happy hour, she persuades them to go to Denny's or a place where she can afford to spend a few dollars and treat herself.

She eats at home whenever possible and tries to buy groceries only once a month.

"I look at the Pennysaver religiously and look at ads and decide how many meals I can make," she said. "I have a book on one-person meals and I make it stretch. I invested in a couple good cookbooks like that."

Lentils last forever and, when mixed with some onions and spices over rice, Beasla says they make a nice meal. Potatoes, frozen food and canned soup, give her a variety of dinner options.

Beasla has found happiness in eating on the cheap and blogging about it.

Her goal is to write about single meals with a "fresh perspective on Indian food." But for now, she says, the ingredients are just too expensive.

"I've discovered I have this real passion for food and it was born out of this unemployment phase," she said.

"I'm really enjoying talking about food and my journey through food. If I could, I would travel and write about food."

Beasla, who holds a degree in marketing, took control of her situation shortly after she was laid off in 2009 and launched her own social media business.

After a year, her business went under.

She had a heart-to-heart talk with her father one night over dinner about how her business had hit a rut.

The words that came out of his mouth stung, she said.

"'God, you're 30 years old and I really expected you to be somewhere right now,'" he told her disappointedly, she recalled.

Her mother jumped in with a solution: Marry a doctor and she'd be set.

Family and friends question what she's been doing with her time and blanket her with advice like this all the time.

"Every day it's a challenge and I'm trying to figure out what to do. I'm looking for work here or abroad or out of state," she said. "I appreciate all the help, but I'm out there working. It's not like I'm not working."

A year-and-a-half after being laid off, Beasla submitted her story to iReport. It was right after her unemployment benefits ran out in summer 2010, but she said she was still smiling.

"I've just found that if I stay positive, I know that eventually I'll be back on my feet again and I won't have to worry about the next unemployment check, where the money is coming from, or what I'll have to cut back on," she told CNN last year.

Now, sadness and frustration have sunken in. She's not quite so optimistic anymore.

"I'm still fortunate to have a roof over my head and make do with what I can, but I miss having a decent job and being on track with my life," she said.

"No one really understands you when you're poor and can't get by. Most of my friends say, 'I don't know what I would do if I was you.' This isn't very comforting.

"Even my own parents are ashamed of what has happened to me."

A 'black hole' of job applications

Beasla sends out 30 to 50 resumes each day via networking site LinkedIn but wonders if they get sucked into a "black hole."

She's targeting marketing and social media work, but has also applied for jobs in the automotive and manufacturing industries, where she held previous positions.

She has also tried the retail and reception desk routes, but she's been shot down for these minimum-wage jobs because she's overqualified.

Every day it's a challenge...I'm out there working. It's not like I'm not working.
--Shukhaj Beasla, 30, unemployed

"I've been to Starbucks, Nordstrom or places in the mall like Yankee Candle, and they'll look at my resume. 'You've done all these different things. Why would you want to work here? Will you actually want to stay here?'" they ask.

Some employers then say that they are looking for high school or recent college grads, people who they can train who will likely stick around longer, she said. But for Beasla, all she really needs is a job.

"Nothing is beneath me," she said. "I'm doing what I need to do to survive."

Beasla wishes there was an outlet for people struggling to get back to a steady income. A catalog of local businesses that helps people get back on their feet and a forum where people can encourage each other to keep trying would be nice, she said.

After Beasla posted an update on her unchanged employment situation on iReport, she found some solace knowing that she's really not as alone as she feels.

"I was looking at all of these comments and there are all these people who are worse than I am or in the same position and they weren't always like this," she said. "We need something. We need answers."