5 questions to ask before having penis surgery 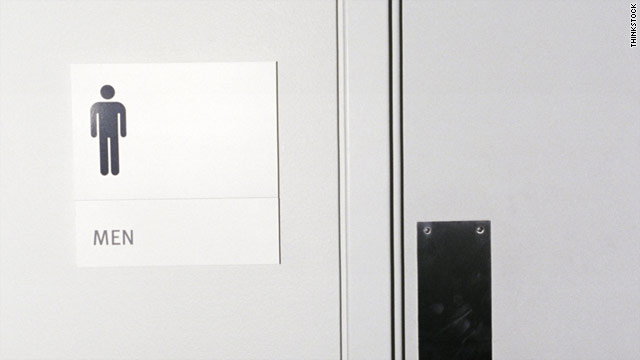 The penis is a highly vascularized organ, which means there's a lot of blood running through it, so cutting into it can be risky.
STORY HIGHLIGHTS
RELATED TOPICS

(CNN) -- If you're a woman contemplating surgery on your female parts, you'll find plenty of ladies chatting and blogging away about their experiences, often on websites adorned with pink ribbons.

But if you're a man considering male surgery there's not so much out there. There's no ribbon for, say, penis surgery, and comparatively few men trading stories and sharing advice.

"Women are much more engaged with their health," says Dr. Dennis Pessis, president-elect of the American Urological Association. "It's gotten better in the past 15 years, but still, men don't always seek out the best treatments for themselves."

Penis surgery has been in the spotlight this week as a civil trial in Kentucky made national headlines. Phillip Seaton, a Kentucky truck driver, sued his urologist, Dr. John Patterson, saying he went in for a circumcision but left the surgery with part of his penis amputated. Patterson says Seaton had cancer and needed the amputation or he would have died. The doctor won the case on Wednesday, according to CNN affiliate WDRB.

Seaton's experience is certainly rare, surgery on the penis isn't. While good statistics are hard to find, tens of thousands of men in the United States get circumcised as adults. Other common surgeries include implants for men suffering erectile dysfunction and removal of genital warts. Here's the Empowered Patient list of questions every man should ask before having these procedures on this most valued and delicate of organs.

1. Do I really need this procedure?

Think twice (or more) before having the surgery. It's a highly vascularized organ, which is a fancy way of saying there is a lot of blood running in and out of it, so cutting into it can be risky. Men getting circumcised as adults should consider the risk of bleeding, especially if they're on a blood thinner, including aspirin.

Getting implants requires cutting, too, and doctors urge men with erectile dysfunction to try other, less risky, treatments first, such as drugs like Viagra, penile injections, or a penis pump, an external device that fits over the organ.

You'll also need to choose what kind of anesthesia you'll want for your circumcision. You can opt for a local anesthetic and a sedative -- you'll be (or should be) relaxed but awake. Men who are especially anxious about the surgery often opt for general anesthesia, which is slightly more risky but ensures they'll be totally out for the procedure.

As for genital warts, if a man is not experiencing problems such as itching, burning or pain, he may not need treatment, according to the Mayo Clinic.

2. What are my treatment options?

There is more than one type of penile implant and there is more than one way to remove genital warts. Doctors tend to specialize in one method over the other, so make sure your doctor lays out all the options and refers you to another doctor who can perform the procedure the way you prefer.

There are two types of implants. With inflatable implants, doctors put cylinders inside the penis, a pump in the scrotum, and a fluid reserve inside either the scrotum or the abdominal wall. Before sex, you pump the fluid into the cylinders to create an erection. After sex, you activate a release valve in the scrotum to let the fluid out.

The second type of implant involves putting semi-rigid rods into the penis, and it is bent away from the body to have sex (think of it as a goose-necked desk lamp that can be pointed in various directions). For more on various types of penile implants, see information from the Mayo Clinic and the American Urological Association.

"You should give yourself some time to make the right decision," says Dr. Gopal Badlani, a urologist at Wake Forest Baptist Medical Center. "You don't want to decide at the first appointment."

For more information on the various options for removing genital warts, see information from the Centers for Disease Control and Prevention.

3. Doctor, how many of these procedures have you done?

Look for a urologist who regularly performs the procedure you need.

"Some urologists do nothing but treat kidney stones or urinary incontinence, and you don't want that urologist doing your circumcision," says Dr. Irwin Goldstein, director of San Diego Sexual Medicine. "They need to know what they're doing so they don't remove too much or too little skin, or create a new problem like an angled penis." While there's no magic number, Goldstein says if you're having a circumcision, find someone who does at least two or three a month. Plus, you should ask the doctor for names of his or her previous circumcision patients.

"It's sort of like fixing your roof -- you want to talk to a client who's used that roofer," he advises. "Ask about the doctor's follow-up: Was he available, or did he just do the surgery and you didn't hear from him again?"

For implants, also try to find a doctor who does at least two or three a month, Goldstein advises, not someone who just dabbles in the procedure.

"We did three implants Monday, just to give you a sense of how often some doctors do these," Goldstein adds.

The removal of genital warts isn't as complicated as circumcision or implant surgery, but still make sure it's something your doctor does regularly.

4. Will the treatment really cure my problem?

Badlani says no matter how much he counsels his patients before implant surgery, most are disappointed the implants didn't give them as large an erection as they had when they were 18.

"Ninety-five percent of the time, after the surgery the patient feels shortchanged. They say, 'Doc, I expected it to be much longer,' " Badlani says. "Men need to have more realistic expectations."

Men are also sometimes surprised that their genital warts come back after treatment. But the Mayo Clinic says genital warts "are likely to recur" because even after you remove them, you still carry the virus that causes warts, called the human papillomavirus (HPV).

5. Should I clean up before the surgery?

Cutting into the penis leaves you vulnerable to infection, so ask your doctor if you should be scrubbing at home before surgery day.

"We're inserting a foreign body into the penis. The chances for things to go wrong are magnified, so we want to take all precautions," he says.