Steps to help you thrive in hard times 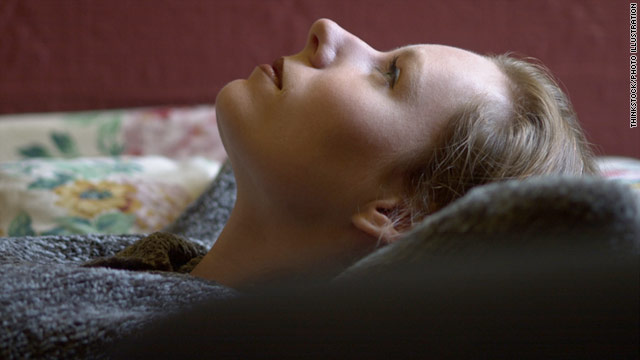 Post-traumatic growth is the ability not only to bounce back from adversity but also to flourish.
STORY HIGHLIGHTS
RELATED TOPICS

(CNN) -- Most anyone you stop on the street knows something about post-traumatic stress disorder, also referred to as PTSD. But mention post-traumatic growth and you are more likely than not to be met with blank stares.

Post-traumatic growth -- the ability not only to bounce back from adversity but also to flourish -- is an ever-present theme in most of our epic tales and spiritual traditions. And science is finally catching up.

Researchers have discovered that the key to post-traumatic growth is resilience, and also that resilience is not just an advantage of a lucky few. "A lot of people erroneously believe that if you didn't get a good scramble of genes, resilience is not going to be your thing," says Dr. Karen Reivich, co-author of "The Resilience Factor." "But resilience is a set of skills that, with effort, anyone can develop. That's important because there is no magic pill here."

"How can I get this resilience training?" was the question I was most asked last week when I wrote about Comprehensive Soldier Fitness, the Army initiative to help soldiers build resilience and deal with high levels of sustained stress. Since Reivich also happens to be the research associate and primary trainer at the Penn Resiliency Project and the developer of the Army's Master Resilience Training course, I asked her to guide me through the basic steps to becoming more resilient.

According to Reivich, resilience is made up of six basic building blocks.

Optimism is believing that good things can happen and that you can effect positive change in your life and in the world. Pessimists underestimate how much control they have. They tend to focus their mental energy on things they can't do anything about. They also often hold the belief that optimists have their heads in the sand. In reality, though, most optimists can accurately assess what's going on; they just choose to place their attention on where they have control and influence as well on positive aspects of situations.

"That takes effort," Reivich says. "For many of us, it's easier to navigate toward and get consumed by the negative. With some mindfulness, you can direct your attention toward positive aspects of situations and what you can control. This is not outside anyone's purview. It is a habit that can be developed."

"Like a gratitude journal?" I flash an old Oprah episode.

"We call it a 'hunk of good stuff' journal. People who make a habit of gratitude have better health, better sleep, better life satisfaction, less depression, less stress, all sorts of things. We have people write down three good things that happened that day and a couple of sentences about each, like what it meant to them and how they're going to get more of it the next day."

Mental agility is the ability to see situations fully, accurately and from multiple perspectives. The mentally agile are able to avoid thinking traps when something goes wrong. "Thinking traps limit your flexibility because each of them cause you to only see a small aspect of what's going on."

Two of the more common thinking traps are the "me-me-me trap" (the tendency to always blame yourself) or the "them-them-them trap" (always blaming others). The key here is to identify which thinking trap you fall into and to develop your ability to be more flexible and accurate in your understanding of adverse situations.

"Once you become aware of the trap, you can hit the pause button and repeat a catchphrase to help you get a more accurate and flexible grasp of the situation." The catchphrase for the "me me me trap," for example, is "look outward."

Self-awareness helps you understand your habits of thinking, feeling and acting so you can ask yourself, "How's that working for you?" It involves listening to your interpretation of adverse circumstances to figure out your internal dialogue under stress. "When something triggers you -- an activating event as little as not getting a parking spot or as big as losing a loved one -- where does your mind go? We teach people to look for patterns. Does your brain start sending out themes like 'loss,' 'danger' or 'trespass'? These patterns are like the glasses that color the way you see all events in your life -- good and bad.

One simple way to exercise self-awareness is to keep a journal of your thoughts and beliefs during stressful periods. "What was the first thing that popped into your mind when something happened? And what was that about?" Reivich asks.

Self-regulation involves learning how to reverse counterproductive thinking by having more appropriate reactions. The less resilient often "catastrophize" when something happens.

"We call it making a Himalaya out of a mountain," Reivich says. "It's something, but you make it bigger. The downward spiral of negative catastrophic thinking makes you feel out of control. The problem then becomes a runaway train and creates huge anxiety. And that blocks purposeful action."

Reivich suggests an exercise called "putting it in perspective," which may at first seem counterintuitive. The exercise involves creating three columns. First, record all catastrophic thoughts under the worst-case scenario column. Next, write down the wildly unlikely, best-case scenarios. And finally, list the most likely outcomes. Reivich finds that this exercise helps people assess things they are going to have to confront and often leads to quite dramatic shifts in their emotions as well as the ability to tackle what's in front of them. "And it takes a total of seven minutes."

This aspect of resilience involves identifying your top character strengths. "That might be your bravery, wisdom, sense of humor or the ability to love and be loved," Reivich observes. "People can usually tell you what their strengths are and who they are at their best. Those who tend to stay more resilient in the face of adversity are using these strengths to overcome. They feel energized, motivated and true to themselves." (Readers can take Penn's VIA Survey of Character Strengths Test (and a number of other related tests) by registering for free at http://www.authentichappiness.com/

The myth about resilience is that it's a solitary sport. But the key message here is that relying on others is necessary and it is certainly not a sign of weakness. "We teach people techniques that help build positive relationships, such as Dr. Shelly Gable's active and constructive responding technique."

Research shows that people respond in four typical ways to good news, and only one of those ways strengthens our relationships; the others erode relationships over time: (1) the conversation killer ("That's great!" as you're texting or on the computer); (2) the conversation hijacker ("That reminds me of my good news!"); (3) the joy thief ("But what about ...?" and going on to list the downsides); and (4) the joy multiplier (involves constructive responding -- that is, asking questions, offering praise, favoring the positive experience, being authentically interested in the details).

"The beauty is that multiplying joy is not hard to do. It just requires intention and attention."

At the end of the day, Reivich says, "none of this stuff we're teaching is wildly difficult. They're basic, tried-and-true principles. But they do require practice. We live in a culture that is so quick-fix oriented, so if something doesn't lead to dramatic and huge change overnight we give up. These things take persistence and effort."