In early Alzheimer's, work is possible with support 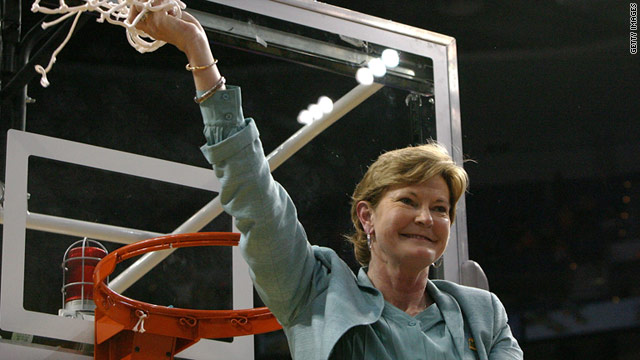 (CNN) -- About 200,000 Americans are estimated to have early-onset Alzheimer's disease, which means the disease is found before age 65. Alzheimer's is the most common form of dementia, and it a causes significant memory and thinking problems. There is no cure.

Tennessee Women's Basketball Coach Pat Summitt, who announced her diagnosis -- and her intention to keep coaching -- this week, is 59.

There is no typical job scenario for early-onset Alzheimer's. Whether a person with the progressive disorder can continue working successfully depends on his or her case and circumstances, and to what extent the disease has impaired brain function.

"Every case is different and different patients progress at different rates," said Dr. Patrick Lyden, chairman of the neurology department at Cedars-Sinai Medical Center in Los Angeles, California. "The most important thing is to work closely with a neurologist, talk to your family and your co-workers, and everybody is different. Some people can work longer than others."

What should Summitt know? Your Alzheimer's wisdom

The disease can strike people even in their 30s, and others who are in their mid-life, at the peak of their careers -- even while raising young children. For those like Summitt who vow to keep working, it takes a dedicated support system.

In a video announcement of her news

, Summitt noted that she would be "relying on my outstanding coaching staff like never before."

Lyden recalled one patient who served as the CEO of a Fortune 1,000 company when he developed dementia. His co-workers were able to double-check his work and still benefit from his expertise for several years.

Another of his patients continued working at his family's dry cleaning company every day until his condition worsened.

"It's a topic that we all need to think through. This is going to be happening more and more. If a workplace doesn't have a plan, they might want to think about developing one," Lyden said.

Summitt told the Washington Post that she hopes to coach at least three more years.

According to the newspaper, the first signs of memory problems started when Summitt started losing her keys more frequently, forgetting basketball team meetings and freezing when it came to offensive plays.

"I'm very impressed that she decided to go public because I think a lot of people would have a tendency to feel like they would retire for personal reasons and not be open," said Dr. Marc Gordon, neurologist and Alzheimer's researcher at The Feinstein Institute for Medical Research in Manhasset, New York.

The disease is a spectrum -- some people stay in the mild phases longer than others, but ultimately patients lose their ability to remember and learn new information.

The disorder begins in the hippocampus, the structure of the brain crucial for formation of new memories. The pathology of Alzheimer's, characterized by plaques in the brain, then spreads, but its course is unpredictable.

If a brain region you need for your job hasn't been hit, you can continue performing certain tasks, but you may need assistance as time goes on, says Dr. Scott Small, professor of neurology at Columbia University.

In mild dementia, people can answer their own phones and communicate, which may allow them to work in some capacity, depending on the person. The mild stage usually lasts for about two years, but varies individually.

"Early-stage people can be pretty independent. As time goes on, they may need increasing assistance," Gordon said. 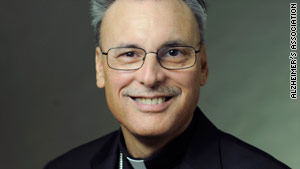 Lou Bordisso found out in May 2010 that he had early onset Alzheimer's.

It was a tricky path for Lou Bordisso, 57.

His job as a licensed therapist was to help people in their worst moments. He counseled feuding married couples, families in distress and criminal defendants who were found not guilty by reason of insanity in his forensic mental health work for Contra Costa County in California. He was also a bishop.

By no means was he ready to slow down.

But seven years ago, he started losing his way around office buildings. He'd forget where the conference room was located. He missed meeting friends because he couldn't find the exit from the Macy's department store in San Francisco.

Finally in May 2010 after spinal taps, neuropsychological testing, MRIs and other tests, the doctor told him he had early onset Alzheimer's.

He tried to compensate for the deficiencies in his memory by working harder and taking more notes.

Although he had testified in court and written reports to judges in his role evaluating defendants' mental health, he realized that the disease affected the quality of his work.

"I had been writing a lot of reports to the judge making considerable errors," Bordisso said. "It became evident with my co-workers, peers and supervisors. It was time to take some time off."

The decision was mutual. But retiring from his full-time counseling job and his duties as bishop was "devastating," he said.

"It's a sense of despair and grief," he said. "I'm going through what's similar to when someone loses a loved one in life. I'm hopefully moving to the point of acceptance."

He continues his counseling work, although he has drastically reduced the number of clients he sees.

Because his long-term memory is better than his short-term memory, Bordisso moved back to his childhood home in Sacramento, California. The move makes it easier for him navigate his neighborhood and home.

"I'm used to contributing as a responsible, accountable person," he said. "There's nothing worse for me than not being able to give back.

"Being on the receiving end of services is granting me a new perspective in life. I'm becoming more appreciative of what others are going through. My sense of empathy has increased as well."