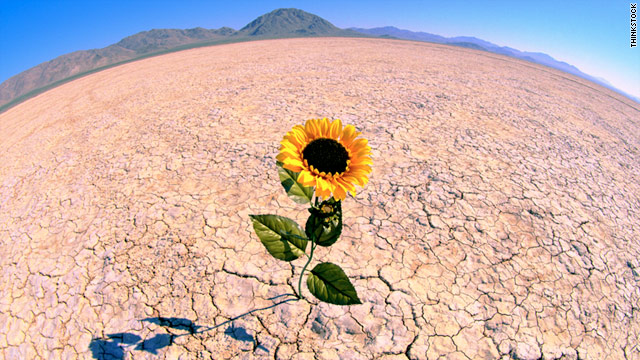 Researchers set out to determine whether optimism and resilience are teachable to those who are not necessarily so inclined.
STORY HIGHLIGHTS
RELATED TOPICS

(CNN) -- The number of young men and women from the U.S. Army who committed suicide last month was so devastatingly high that it set a dismal new record.

About two-thirds of the 32 dead were active-duty soldiers; the rest were reservists. And like all riptides of tragedy, news of the deaths of bright young people with lives of promise stretched out before them has thrown many off balance.

"People think of us in the Army as these super-beings in uniform. But they forget that we are a direct reflection of American society," said Maj. Juanita Chang. "And everything you have going on in society -- good and bad -- you are going to have those in the Army, too. Like everyone else, we are black and brown and white. We are worried about the economy, politics and jobs crisis. And sometimes we have problems coping, like everyone else.

"People forget that, I think, but it's important to remember that we live in stressful times."

The human response to extreme stress and adversity is bell-shaped, according to Dr. Marty Seligman, professor of psychology and director of the Positive Psychology Center at University of Pennsylvania.

On one end of the spectrum are those with a bad, long-lasting reaction or setback who will suffer from depression, anxiety, post-traumatic stress disorder and be at higher risk for suicide.

In the middle are the vast majority of people, who are mostly resilient. They go through a very hard time for a period but within months, they bounce back -- by physical and psychological measures -- to where they were before the crisis.

And on the other end, you have a number of people who will also suffer stress reactions just like the others, but who will emerge from the trauma much stronger. This is known as post-traumatic growth.

Decades of research has shown that those who recover and go on to thrive following trauma tend to be optimists -- people who see setbacks and bad events as transient, temporary and changeable.

And as a whole, optimists do much better in terms of post-traumatic stress reaction than pessimists, who are more likely to get stuck in "learned helplessness" -- a vicious loop of passivity and negative thought patterns following an initial failure.

With these findings in mind, researchers set out to determine whether optimism and resilience are teachable to those who are not necessarily so inclined. The answer, as it turned out, was a resounding yes.

"Post-traumatic stress is self-fulfilling in a way," observes Seligman. "The key is to switch the focus to post-traumatic growth. Extremely bad events often lead to existential crises. It's important to see the trauma as a fork in the road and to ask: 'What other things might I do? What other doors might open for me?' When those doors open for you, if you are paralyzed by the depression and anxiety, you won't walk through them. It's critical to learn how to walk through."

Under the Penn Resiliency Program, replicated in more than 20 diverse school settings, teachers were trained to become more optimistic and resilient in their own lives, as well as to teach those skills to their students.

Over the next few years, both teachers and students had lower rates of depression and anxiety. The program, first utilized with adolescents and divorced couples, was successfully adapted to other groups and contexts.

Intrigued by these results, the U.S. Army approached Seligman and asked for his help to lower soldiers' high rates of depression, PTSD and suicide.

The resulting initiative, Comprehensive Soldier Fitness, is a $145 million program made up of psychological fitness testing designed to measure emotional, familial, social and spiritual fitness and strengths; courses on post-traumatic growth; and a critical 10-day master resiliency training under which the Army's 40,000 drill sergeants -- effectively the Army's teachers -- are trained to help soldiers deal with high levels of sustained, everyday stress.

The program is ongoing and results thus far have been encouraging.

The initiative is under the direction of Brig. Gen. Rhonda Cornum, an M.D. and Ph.D. whose waiflike exterior and casual bearing may belie a steel strength bolstered by wisdom, character and grit. Through the years she has been described by many as "remarkable." But she also embodies much more than that: a certain scrappiness in the best possible sense of the word.

Cornum could be the poster child for resilience and post-traumatic growth. In 1990, Cornum -- then a major -- was a pilot and flight surgeon with the 101st Airborne Division when she arrived in Saudi Arabia during Operation Desert Shield.

"It was August and we were coming off the airplane and everyone was in their full soldier regalia and it was so hot, I felt like I was going to die right then. And then I thought I must be standing in the jet blast. But I looked around and realize that no, that was just the wind blowing. It was 130 degrees. It was ... environmentally challenging."

The heat would be the least of her problems. Six months later, a Black Hawk carrying Cornum and seven men on a search-and-rescue mission to find a downed F-16 pilot was shot at. As bullets flew, the soldiers onboard followed protocol and jumped on Cornum, who was the flight surgeon, to protect her. However, "since the bullets were coming from below, I was probably protecting them. 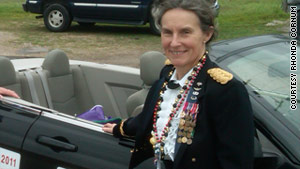 "As we were crashing, I thought I was going to die. I knew all about helicopter crashes and I knew that it was going to be an unsurvivable crash."

An Apache pilot following the Black Hawk reported that the aircraft exploded in a fireball upon impact. The crew was presumed dead.

When Cornum came to, she was staring at the wrong end of five AK-47s. She and two others aboard the Black Hawk were severely injured, but survived. Five of her compatriots did not.

Cornum and Sgt. Troy Dunlap, another survivor, were placed on an Iraqi Army truck to Basra. And while bumping along a dark desert road in the back of the truck, an Iraqi soldier unzipped her flight suit and began sexually assaulting her. With a bullet in her back, two broken arms and a blown ligament, she was in no position to fight back.

Cornum was held prisoner for eight days and released a week after the war ended.

She's matter-of-fact about the tragedy. "Look, I wouldn't have chosen it, but since it did happen, I chose how I was going to respond to it. Because you can still learn from a catastrophe and have some good thing result from it in the future. I make an effort not to dwell on what's a disadvantage, but to turn it into an advantage."

And through the years, Cornum has kept true to this wisdom -- including during her treatment for and recovery from breast cancer last year.

"I am responsible for the health of the force. I have a strong scientific program and this work is evidence-based. I had already been promoting resilient thinking and prevention, instead of just screening and treatment after the fact. I suggested all along that we should improve people's psychological fitness and robustness before we had problems. After all, you don't teach people how to use their weapons after they're shot.