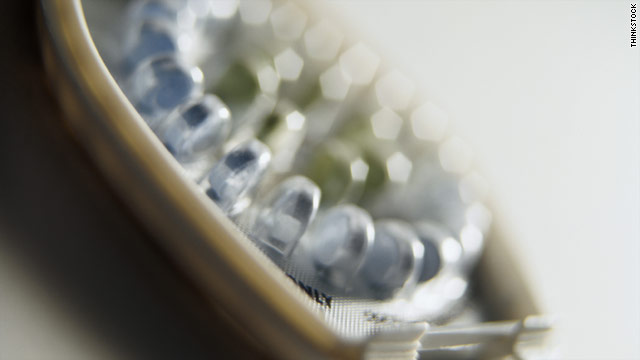 According to HHS Secretary Kathleen Sebelius the decision is a part of the Affordable Care Act's move to stop problems before they start. "These historic guidelines are based on science and existing literature and will help ensure women get the preventive health benefits they need," she said in a news release.

In July, the Institute of Medicine issued the results of a scientific review of women's health needs and provided recommendations on specific preventive measures to help them. Today HHS approved those recommendations.

Overheard on CNN.com -- Birth control should be free

Besides contraceptive use, the list includes screenings for conditions such as gestational diabetes and the human papillomavirus (HPV), as well as breastfeeding support and counseling on sexually transmitted diseases. The full list is available on the Department of Health and Human Services website.

The decision to offer contraception at no additional cost was not supported by everyone. For example, the Family Research Council claims the decision "undermines the conscience rights of many Americans."

Cardinal Daniel DiNardo, chairman of Committee on Pro-Life Activities with the United States Conference of Catholic Bishops says "pregnancy is not a disease, and fertility is not a pathological condition to be suppressed by any means technically possible." They feel the decision forces people to participate who may have moral or religious convictions that oppose contraception use.

The Obama administration released an amendment to the prevention regulation that allows religious institutions offering health insurance to their employees the choice of whether or not to cover contraception services.

However, supporters say the service will help millions of women who struggle to afford prescription birth control.

"Today is a historic victory for women's health and women across the country," said Cecile Richards, president of Planned Parenthood Federation of America in a press release. "Covering birth control without co-pays is one of the most important steps we can take to prevent unintended pregnancy and keep women and children healthy."

Supporters also say covering contraception helps the government save money up front. According to an analysis from the Guttmacher Institute, in 2006, of the 2 million publicly funded births, 51% resulted from unintended pregnancies, accounting for more than $11 billion in costs.

The report found that this is a disproportionate burden on programs such as Medicaid and the Children's Health Insurance Program, given that only 38% of all U.S. births result from unintended pregnancies.

But Karen Ignagni, president of America's Health Insurance Plans, said Monday's decision may result in increasing the cost of coverage for consumers.