Don't bet on cranberry against UTIs 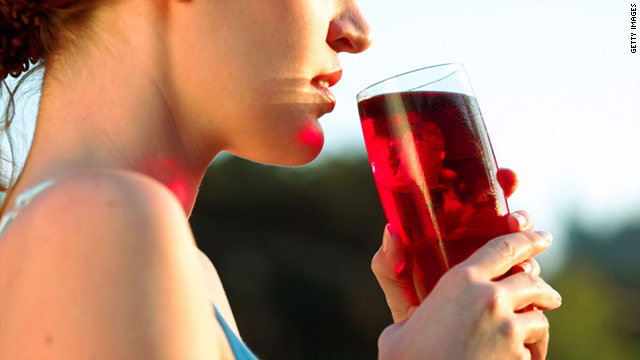 Of those taking cranberry capsules, 78% had at least one UTI during the study, versus 71% in the antibiotics group.
STORY HIGHLIGHTS
RELATED TOPICS

But a new study from Europe suggests this widely used natural remedy is considerably less effective than low-dose antibiotics, another common preventive measure for recurrent UTIs.

Women with a history of recurring UTIs who took cranberry supplements for one year had an average of four infections during that time, compared with 1.8 infections in a similar group of women who took a daily low-dose antibiotic, the study found.

Using antibiotics rather than cranberry products isn't a clear-cut decision for women, however. Doctors and patients need to balance the comfort of the patient against the growing problem of drug-resistant bacteria, the authors say.

"In terms of ability to prevent recurrent infections, the antibiotic was about twice as effective as cranberry, but it results in more antibiotic resistance," says Lianne Marks, M.D., an internal medicine physician at Scott & White Healthcare, in Round Rock, Texas, who was not involved in the study.

Antibiotic resistance is a major public health concern, one that appears to be getting worse. If microorganisms such as Escherichia coli (E. coli) -- the most common cause of UTIs -- develop a resistance to antibiotics, it can make infections more dangerous and difficult to treat for everyone.

"Most patients do not like to take antibiotics for a long period," says the senior author of the study, Suzanne E. Geerlings, M.D., an infectious disease specialist with the Academic Medical Center, in Amsterdam. "I think that cranberries are still a good alternative."

UTIs are ubiquitous. About half of women have had at least one UTI in their lifetime, and up to one-third experience recurrent infections. Women who have more than two infections a year often are prescribed low-dose antibiotics to prevent more occurrences.

In the study, 221 premenopausal women with recurrent UTIs were randomized to receive 480 milligrams a day of the standard antibiotic treatment for the condition -- a combination of the drugs trimethoprim and sulfamethoxazole (known as TMP-SMX) -- or 500 milligrams twice a day of cranberry capsules.

Differences in antibiotic resistance were even more dramatic between the two groups. After one month of treatment, about 90% of the bacteria specimens collected from the women in the antibiotics group (via urine and stool samples) were resistant to TMP-SMX, compared with roughly one-quarter of the specimens from the cranberry group.

Low-dose antibiotics were clearly more effective than the cranberry supplements, but higher doses of cranberry may help close the gap.

The main UTI-fighting ingredient in cranberries is believed to be A-type proanthocyanidins (PACs), a so-called flavonoid compound that prevents bacteria from sticking to the urinary tract.

The cranberry capsules used in this study contained 9.1 milligrams of active ingredient in each two-capsule daily dose, about the same as 2.5 ounces of Ocean Spray cranberry juice.

"One pitfall of this study was that the dosage of cranberry was on the low end, so it would be conceivable that a higher dose would be effective," Marks says. A study sponsored by the National Institutes of Health is under way to determine the ideal dose of cranberry for UTI prevention.

Cranberry products aren't the only natural way to fight UTIs. Annette Sessions, M.D., an assistant professor of clinical urology at the University of Rochester Medical Center, in New York, urges her patients to drink more water and go to the bathroom more frequently.

Only a "handful" of patients for whom natural techniques don't work "resort to antibiotics," Sessions says.