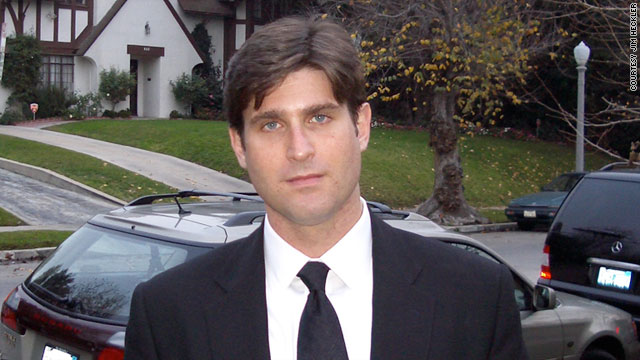 Jim Heckler discovered alternatives to make his post-surgery pain tolerable enough so that he doesn't have to take painkillers.
STORY HIGHLIGHTS
RELATED TOPICS

"I was taking whatever they gave me," says Heckler, a 47-year-old businessman.

His doctors were fine with Heckler taking narcotics long-term, but Heckler wasn't. He sought out Dr. Vijay Vad, a sports medicine specialist at the Hospital for Special Surgery in Manhattan, where Heckler lives, in hopes of finding a different approach.

Vad suggested Heckler get off the narcotics as soon as possible, lose weight, do back exercises, take up yoga, ride a bike, ice frequently and take fish oil, glucosamine and chondroitin supplements.

Heckler dropped from 240 to 208 pounds, did the exercises, took the supplements and while the pain has never gone away, he says it's now tolerable enough that he doesn't have to take painkillers.

Heckler's experience raises a question hotly debated among doctors: Should patients to take narcotic painkillers long term? The answer has never been more important, as a new Institute of Medicine report says 116 million Americans adults have chronic pain, a number larger than many previous estimates.

A Percocet every day?

"This really is quite controversial," says Dr. John T. Farrar, a neurologist who specializes in pain at the University of Pennsylvania School of Medicine.

On the one side are doctors such as Vad who do everything they can to avoid opioid painkillers such as Percocet and OxyContin. He estimates that only 5% of his chronic pain patients take these pills daily.

"The majority of my patients come in with lots of narcotics, and I'm the clean-up guy," he says.

On the other side are doctors, many of them pain medicine specialists, who believe narcotics can be used safely on a long-term basis by patients with problems such as lower back pain.

Farrar, for example, says about 75% of his patients with chronic pain take these medicines. His patients, whose pain is so severe it couldn't be treated by other doctors, sometimes stay on these drugs for many years.

First, they can be addictive. According to the new Institute of Medicine report, studies show about 3% of chronic pain patients who regularly take opioids develop abuse or addiction, and 12% develop "aberrant drug-related behavior."

His second reason is that the patients become desensitized to the drugs, so they need higher and higher doses to combat the same amount of pain. In time, he says the pills fail to truly mask the patient's pain.

Farrar, on the other hand, says narcotics have worked well for many of his pain patients, as long as they're used along with other pain treatments such as physical therapy and the patients are carefully monitored for signs of addiction.

Finding the root cause of pain

Taking a narcotic for pain without treating the root cause of the pain is akin to popping a pill for a toothache without fixing the tooth, says Joanne Messenger, a chiropractor in Australia who writes about pain relief.

"The narcotics might help the pain, but if you have a cavity, eventually you're going to have to get that tooth sealed," she says.

Dr. Loren Fishman, a rehabilitative medicine specialist in New York, says he's had plenty of patients who come to him having taken narcotics for years and have no idea exactly what's causing their pain.

"They just know their back hurts, or their stomach hurts, but that's just about all they can tell you," he says.

When he gets to the root cause of the pain and treats it -- or finds another doctor who can treat it -- he almost always can get his patients off narcotics.

"I can count my failures on one hand, and I've been in practice for 30 years," he says.

If you choose narcotics for your chronic pain, Health magazine has tips for dealing with the side effects, such as constipation, nausea and confusion.

Here are five other approaches to use instead of, or along with, narcotic painkillers.

While it may seem counterintuitive to exercise while in pain, many doctors say in the long run it can help. The American Academy of Orthopaedic Surgeons has advice for exercising with low back pain, and the Arthritis Foundation has tips for exercising with arthritis.

The National Institutes of Health, the American Pain Foundation and the Beth Israel Medical Center in New York have suggestions for alternative therapies to treat pain.

A lack of REM sleep makes you more sensitive to pain, Vad says.

The National Sleep Foundation has an explanation for how sleep affects pain.

The National Institutes of Health suggests ice for the first few days of a back injury, and then to switch to heat.