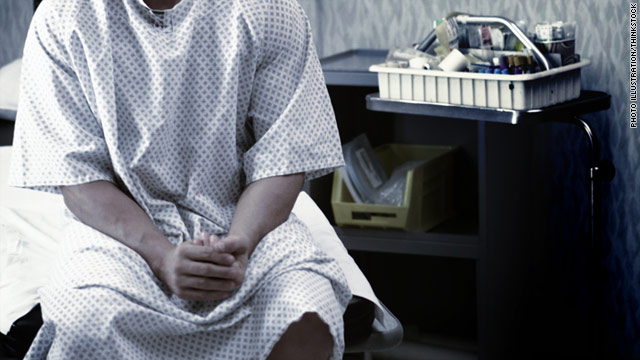 Guys should avoid blowing off symptoms or screenings, and should adopt healthier lifestyles, one expert says.
STORY HIGHLIGHTS

(Health.com) -- Men are more likely than women to get and die of cancer, according to an analysis of 36 different types of tumors and blood cancers that affect both sexes.

Leukemia and cancers of the colon and rectum, pancreas, and liver killed about one and a half to two times as many men as women in the U.S. over a 30-year period.

In addition, lung cancer killed nearly two and a half times as many men during that time.

The American Cancer Society estimates that men have about a 1 in 2 chance of developing cancer at some point in their lives, compared with women, who have a 1 in 3 chance.

It's not clear why there is a disparity, but it may be due in part to lifestyle factors such as more smoking and drinking and fewer doctors' visits or cancer screenings among men, says Mikkael Sekeres, M.D., a cancer epidemiologist at the Cleveland Clinic's Taussig Cancer Institute, who was not involved in the study.

"Some cancers are unavoidable because of factors like genetic predisposition," he says. "But where there are things that we can control, we should do our best to do so."

In general, women have earlier-stage cancers at diagnosis, though this isn't true for all types of cancer. This may be because women are more likely to get symptoms checked out.

"The take-home point from this article is: Guys, don't blow off symptoms or screenings, and adopt healthy lifestyles," says Dr. Sekeres.

Michael B. Cook, Ph.D., the lead study author, agrees that men's greater exposure to risk factors such as smoking and drinking may explain some -- but not all -- of the difference.

For example, men may be exposed to more carcinogens, have hormonal or metabolism differences, or get less protection from antioxidants than women, he says.

"If we can identify modifiable causes of sex difference in cancer incidence and mortality, then preventive actions could reduce the cancer burden in both men and women," Cook says.

The report was published this week in the journal Cancer Epidemiology, Biomarkers & Prevention. In the study, Cook and colleagues at the National Cancer Institute analyzed federal mortality data from 1977 to 2006, including 36 different cancers that are diagnosed in both women and men.

However, women are narrowing the gap with men for some types of cancer, such as lung cancer. Lung cancer cases decreased among men during the study period, but were stable or increased in women.

According to the Centers for Disease Control and Prevention, 88,329 men died of lung cancer in 2007 -- the most recent year for which data are available -- compared with 70,354 women.

Age apparently played no role in the differences in death rates.

"This study confirms what we have been seeing," says Sekeres. "If you look at the cancers with the highest mortality ratio rates, you see that they are head and neck cancers, bladder cancers, lung cancers. These are all related to lifestyle."