Does smoking help protect the joints? 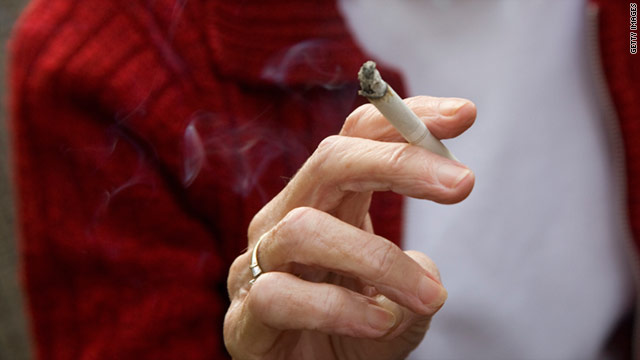 Researchers are quick to point out that smoking is not the answer to joint health.
STORY HIGHLIGHTS

(Health.com) -- Smoking will increase your risk of cancer, emphysema, heart disease, stroke, and dying young, but if you manage to dodge all those bullets, it may actually reduce your need for joint-replacement surgery later in life.

Curious as it may sound, a new study of nearly 11,000 older men in Australia has found that the longer the men smoked, the less likely they were to undergo surgery to replace hips and knees damaged by arthritis or other conditions.

Those who smoked for 48 years or more -- the bulk of their adult lives -- were 42 to 51% less likely (depending on their age) to need the surgeries than men who had never smoked, according to the study, which appears in the journal Arthritis & Rheumatism.

Previous studies have hinted at a similar link, but this is the first to show a clear relationship between the number of years spent smoking and the likelihood of joint-replacement surgery, says George Mnatzaganian, the lead researcher and a Ph.D. candidate in public health at the University of Adelaide.

Mnatzaganian and his colleagues can't fully explain the findings. Obesity and habitual vigorous exercise both increase the risk of arthritis and also tend to be less common among smokers, but the link between smoking and joint replacement remained even when the researchers took those factors into account.

(They also adjusted the data to account for medical conditions besides arthritis-- and the fact that the smokers survived into old age in the first place.)

Nicotine may play a role, however. Lab experiments using animals and human tissue have suggested that nicotine may stimulate the activity of the cells found in joint cartilage, which could help lessen the severity of osteoarthritis, the study notes.

"What we would like to see now is increased research by laboratory and clinical scientists, so we can clarify the exact mechanisms by which smoking confers protection on weight-bearing joints," Mnatzaganian says. "If this led to development of new preventative or treatment strategies then, eventually, we might reasonably expect to see a fall in the need for major joint replacement."

But he is quick to point out that smoking is not the answer to joint health.

"Whatever new preventative or treatment strategies may be developed in the future," he says, "they will certainly not include smoking."

Leigh Callahan, Ph.D., an arthritis researcher and professor of medicine at the University of North Carolina at Chapel Hill, says the findings are likely to spur scientists to explore the relationship between smoking and arthritis more closely.

The study "makes you want to understand the mechanism underlying the association," she says.