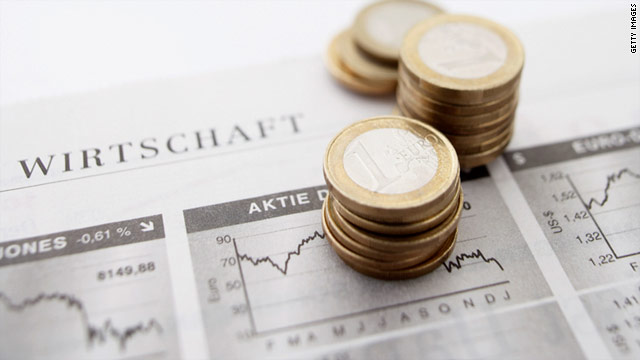 This brief analysis of 10 European countries is the first to use government data on suicide rates from the past few years.
STORY HIGHLIGHTS
RELATED TOPICS

(Health.com) -- History shows that the suicide rate tends to rise as the economy falls, but due to a lack of solid data, researchers haven't been able to confirm whether that pattern has held during the most recent economic crisis, the worst since the Great Depression.

Now, a brief analysis of 10 European countries published Thursday in the Lancet --- the first to use government data on suicide rates from the past few years -- suggests that the ongoing economic downturn may be no different, and in fact may have had a larger impact on suicide rates than expected.

Over the same period, the researchers found, the suicide rate increased in all but two countries and soared by as much as 25% in Ireland, from 9.3 to 11.6 suicides per 100,000 people.

The rise in suicide rates was larger than the researchers expected and exceeded those seen in earlier recessions, says the lead author, David Stuckler, Ph.D., a sociology lecturer at the University of Cambridge, in England.

"From the limited data we have, we're seeing that it's more toward the worst-case scenario."

The reasons for the link between unemployment and suicide rates aren't entirely clear but make intuitive sense. One possibility, Stuckler says, may be that as more people compete for fewer jobs, growing feelings of hopelessness among the unemployed could push some people into suicidal thinking and behavior, especially those who are already at risk.

The economic crisis in the U.S. has rivaled that in Europe, so the study begs the question whether the ongoing economic downturn has had a similar effect on suicide rates and other health measures in the U.S.

Health.com: The 10 most depressing states in the U.S.

That's "what everyone is chomping at the bit to know," says Timothy Classen, Ph.D., an assistant professor of economics at Loyola University Chicago.

In April, a study in the American Journal of Public Health found that rates of suicide and unemployment in the U.S. have risen and fallen in step over the past nine decades, peaking during the Depression and dropping to all-time lows during the prosperity of the 1990s.

That study went up only to 2007, however, leaving experts to wonder about suicide rates during the current downturn. Final data from the U.S. for 2008 and later years probably won't be available for at least another year, Classen says.

But, he adds, "I would be shocked if the suicide rates didn't go up in the past couple of years."

If there's a silver lining to Stuckler's findings, it's that a drop in traffic deaths appears to have canceled out the impact of the added suicides on the overall mortality rate of the countries.

"The strongest finding in this whole body of research is that traffic fatalities fall when the economy deteriorates," says Christopher Ruhm, Ph.D., a professor of public policy and economics at the University of Virginia, in Charlottesville. "The most obvious explanation is that both pleasure and work driving get cut way back."

In some countries the suicide rate seemed especially sensitive to economic stress. Stuckler and his team are now exploring those country-by-country variances, and whether a country's investment in social safety-net programs is related to how closely the suicide rate mirrors the unemployment rate.

Previous research in the U.S. suggests, for instance, that investment in job-training programs for unemployed workers and extensions in unemployment benefits have a dampening effect on suicide rates.

And another study led by Stuckler found that in Finland, where there is a long tradition of such programs, suicide rates increased by little to none during the recessions of the early 90s and in the past few years.

If social and job support can mitigate the mental-health consequences of poor economies, then the U.S. may not fare well.

"The willingness to invest in public programs is much higher in Europe," Classen says.