How words have the power to heal 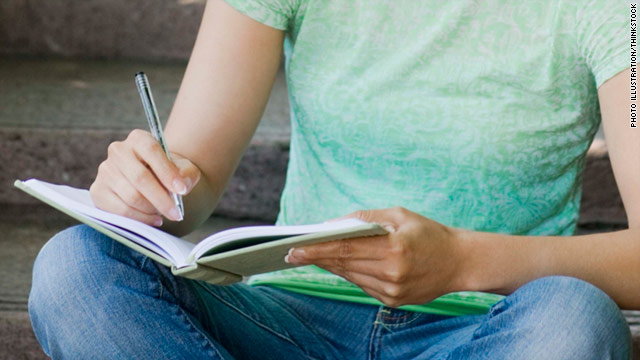 (CNN) -- The first thing I did after receiving what is surely one of the top two or three most terrifying medical diagnoses was pick up the telephone to call my husband to tell him to come home, and my brother to ask him to call my parents, because I couldn't bear their grief as well as my own.

The second thing I did was open a document in Word and name it: The Second Half of My Life.

And these are the words I wrote in those first few minutes:

You probably wouldn't believe my life. In a certain light it would read like an encyclopedia of tragedy: revolution, disease, isolation, dysfunction, terrorism, failure and withdrawal. Before you check out, let me also tell you that if you were to meet me, you may think a sunnier person never lived.

I would repeat those two sentences again a few years later, when I began writing a blog about the surreal turns my youngish life had taken. I wrote every day for a year for whoever cared to log on to read about it. And I tried to make sense of it all. 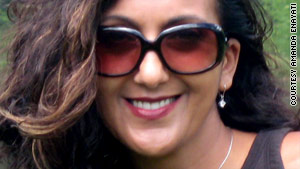 The writing was automatic, intuitive and almost unconscious for me. But as time passed I felt certain that it somehow had helped save my life, though I dared not articulate it for fear of sounding irrational.

I was about halfway through the Aspen Words literary festival last week when I noticed that writer after writer spoke of a basic human need to tell a story, using words like "primal," "fundamental," "necessary."

"What is therapy but a form of storytelling?" observed National Book Award winner Colum McCann. Later, McCann told me: "Storytelling is the great democracy. We all want to -- need to -- tell our stories. There is a certain catharsis in being able to tell your story, in confronting your demons."

Intrigued by the idea of a fundamental human need for self-expression, I began to research. It was not long before I came upon Dr. James Pennebaker and his work.

Early in his career, Pennebaker, professor and chair of the Department of Psychology at the University of Texas at Austin, stumbled across a correlation between people who had had traumatic experiences and an increased number of health problems. He became fascinated with the nature of secrets and holding back important aspects of one's life.

The writing was automatic, intuitive and almost unconscious for me.
--Amanda Enayati, writer, cancer survivor

"Major stressors in life influence physical health," said Pennebaker when I reached him by telephone a few days ago. "There is absolutely no doubt that having a serious upheaval in your life is associated with potentially devastating biological changes: increased cardiovascular activity, lowered immune function, an increased risk of heart attacks. What secrets do is turn the pressure up that much more."

Pennebaker wondered early on what would happen if he brought people into the lab and asked them to reveal the traumas they had kept secret. In his first study, published in 1986, he randomly assigned a group to either write about major upheavals or superficial topics. In the six months that followed, those who had written about trauma visited doctors at much lower rates those who had written about random topics.

In another study in the 1990s of people with AIDS, those who wrote about their diagnosis and how it had affected their lives experienced a beneficial increase in white blood cell counts and a drop in their viral loads.

Study after study bore out Pennebaker's thesis that putting negative experiences into words seems to have positive physical and psychological effects.

And eventually he began to see nuances in the way writing helps us heal. One was that those people who are able to make a positive slant in their writing -- by using words like "love," "care," "happy" and "joy" -- appear to benefit more than others. "Even if the person is saying 'no one cares about me' or 'I don't love anyone,' that still means they're thinking about a dimension of happiness. It's better to say you're not happy than to say you're sad."

Another important factor was an element of self-reflection in the writing, often manifested through the use of causal words like "because," "cause," "effect," "reason," "rationale," or any other word that suggests the writer is trying to make sense of what happened to him or her. "If you're telling the same story over and over again, you won't benefit and your friends will go crazy," notes Pennebaker. "It's putting things together, the cause and effect, the self-reflection that makes a difference."

The ability to shift perspective is also key. Standing back and seeing trauma from different points of view -- your own and through the eyes of others -- is a marker of a better psychological state.

Nancy Morgan's research findings at Georgetown's Lombardi Cancer Center mirror Pennebaker's. By the time she created the expressive writing program at Lombardi in 2001, she had lost both her mother and husband to cancer. Through the program she conducts writing workshops for patients, chaplains, nurses, social workers and medical students -- "really anyone who might need a unique coping tool that is expressive and private."

There is a certain catharsis in being able to tell your story, in confronting your demons.
--National Book Award winner Colum McCann

"I'm operating in a cancer clinic," said Morgan, "and so my work has to be fairly solid and evidence-based. And being in a research hospital, I was asked to do research." Morgan's studies showed a significant correlation between self-expression and the way cancer patients thought about their illness, as well as specific physical improvements in their health. "What struck me was the similarity in the writing. Almost everyone described a trajectory from the shock of diagnosis to some level of acceptance to a form of gratitude to some specific transformation in their lives. The sense that 'cancer is no gift; it just taught me what the gifts in my life are.' The patients seemed to find their way out of the darkness and I believe the writing helped them do that."

While doing expressive writing on your own is as easy as finding a quiet moment and putting pen to paper, Morgan provided the following guidelines for those who may need them:

• When something happens, how do you feel about it? What do you think about it?

• Choose a topic that is familiar: Write about a memorable summer, a turning point in your life, a mentor who helped you through a crisis.

• Once you begin, the feelings that need to be expressed will find their way to the paper. Your writing may be a few sentences, or go on at length.

• Later in the day, reflect on your writing experience. How did the writing make you feel?