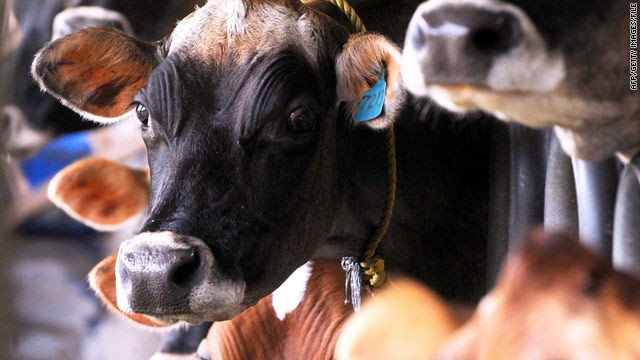 (CNN) -- It decimated herds and caused disaster, devastation and death associated with the fall of the Roman Empire, the French Revolution and the colonization of Africa.

But after years of global efforts, rinderpest -- German for cattle plague -- doesn't exist anymore. It is the first animal disease to be eradicated and only the second disease ever, after smallpox in 1980.

The United Nations Food and Agriculture Organization declared Tuesday that the world was rid of rinderpest.

"This is of tremendous benefit to people and is also a relief for a lot of animal suffering," said Peter Cowen, an associate professor of epidemiology and public health at North Carolina State University.

Rinderpest is not exactly a household name. For starters, it did not exist in America. And it affected only cloven-hoofed beasts -- cattle, buffalo, sheep, goats, yaks.

For animals, the highly contagious cattle plague meant tremendous suffering, as the virus took over their bodies and caused explosive bloody diarrhea that sucked the life out of them in 24 to 36 hours.

Cattle and buffalo were most susceptible to rinderpest, but sheep and goats have shown milder clinical signs of the disease, according to the FAO.

It was terrible, Cowen said, to watch animals gasp for air and curl up in contorted positions.

The virus does not infect people, but the consequences, especially for cattle-dependent societies, could be deadly. Widespread starvation killed people who used cattle for transport and labor to get food crops in the ground.

Rinderpest originated in Asia, Cowen said, but marauding armies spread the virus all across Europe, shaping history in some cases. The first veterinary clinic was opened in France in the 18th century as an attempt to address the fatal animal disease.

The Italians carried the virus to Ethiopia in 1889. It killed 90% of the cattle from Ethiopia to the Cape of Good Hope and wiped out one-third of the Ethiopian population and 60% of the Masai tribes in Kenya and Tanzania.

The FAO said the last outbreak of rinderpest was seen in wild buffalo in Kenya in 2001, and the last vaccination took place in 2006.

Global health workers are racing to eradicate other diseases as well. Among them are Guinea worm, river blindness, elephantiasis and polio, which had been expected to be wiped out by now.

Cowen said many people could underestimate the importance of the eradication of rinderpest. That would be a mistake.