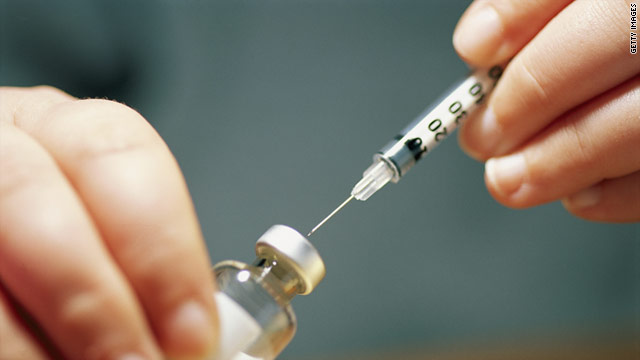 The findings could ultimately lead to drugs that fight diabetes in ways other than injectable insulin or non-insulin diabetes drugs.
STORY HIGHLIGHTS
RELATED TOPICS

(Parenting.com) -- Drugs that treat psoriasis and rheumatoid arthritis, or RA, by suppressing the immune system may also reduce the risk of developing diabetes, at least in people who already have one of these conditions, according to a new study in the Journal of the American Medical Association.

Compared with those taking other drugs (such as cyclosporine), patients with psoriasis or RA who were prescribed one of several drugs in a class known as the TNF inhibitors had a 38 percent lower risk of developing type 2 diabetes over the course of the six-month study.

Those who were prescribed hydroxychloroquine, a drug that has been used for decades to fight malaria and is also used for RA, had a 46 percent lower risk.

"If you're going to give an immunosuppressant (drug) anyway, it may be that these specific drugs have an added benefit of reducing the risk of future diabetes," says the lead author of the study, Daniel H. Solomon, M.D., an associate professor of rheumatology at Brigham and Women's Hospital, in Boston, Massachusetts.

The findings make sense biologically. RA and psoriasis are both inflammatory conditions, and inflammation plays a role in insulin resistance and diabetes. (Inflammation, which also contributes to hardening of the arteries, is believed to be at the root of the increased risk of heart disease seen in people who have RA, psoriasis, or diabetes.)

The study was funded by Amgen, the maker of the TNF inhibitor Enbrel (etanercept), although the company had no editorial control.

Solomon and his coauthors stopped far short of saying that these immunosuppressive drugs might help prevent type 2 diabetes in high-risk people who don't have rheumatoid arthritis (RA) or psoriasis, or control the disease in diabetics.

TNF inhibitors such as Enbrel and Remicade are very expensive and have potentially serious side effects, including an increased risk of infection. As a result, they may not even be appropriate for all RA and psoriasis patients who are at high risk for diabetes.

Hydroxychloroquine is safer, but it is "considered a weak drug to treat RA," says Guy Fiocco, M.D., an assistant professor of internal medicine at Texas A&M Health Science Center College of Medicine, in Temple.

"The evidence is not strong enough to drive the decision on choosing a drug," Fiocco adds.

Solomon and his colleagues analyzed data on nearly 14,000 people with RA or psoriasis who belonged to one of two health insurance programs, one in Canada and one in the U.S. Roughly 2 percent of the participants were diagnosed with diabetes during the study.

The patients were followed until they were diagnosed with diabetes or until they switched drugs, which RA and psoriasis patients frequently do. That explains why the study period was unusually short, says Dr. Solomon.

The study shows only an association, not cause and effect, and it's possible that the patients who were prescribed those immunosuppressive drugs were different in unidentified ways from those who received other drugs. Randomized controlled trials will be needed to confirm the results.

Health.com: Could you have type 2? Ten diabetes symptoms

But the findings could ultimately lead to new drugs that fight diabetes in ways different from injectable insulin or non-insulin diabetes drugs, Solomon says.

"We need stronger oral medications," says Spyros Mezitis, M.D., an endocrinologist at Lenox Hill Hospital, in New York City. "The ones we have all reduce blood sugar by up to 2 percent. We combine them for a greater effect, but when it comes to controlling a diabetic who has sugar in the 300s, we have to resort to insulin still. We don't have strong oral medication."