Why your brain needs vacations 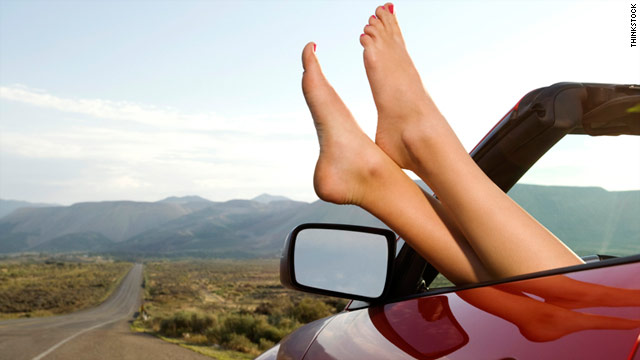 Ideally you would have this frame of reference all the time: taking note of new people, objects and events around you.
STORY HIGHLIGHTS

(CNN) -- Mary Kole loves her job, but she's been feeling like she's lost the line between "work" and "not work."

A literary agent for children's books in Brooklyn, New York, Kole works from home and checks in with clients electronically around the clock -- sometimes writers will even call her in the middle of the night with an idea. Stepping outside isn't exactly relaxing either. "In New York, it's just subway, office, people, talking, yelling, honking, all the time," she said.

Kole finally tore herself away from business calls and conferences to take a vacation, one that didn't take place in her home office. At the beginning of May, she went to Portland, Oregon, by herself and spent five days holed up in a rented house rereading some of her favorite books, cooking and listening to rain.

"I believe much more strongly now than ever that to be able to be good at what I do, I need to be good to myself, creatively, and refill my own creative well before I can be any less than a brain-dead zombie," said Kole, 26.

Kole's experience shows off the power of a vacation to help gain insights, appreciate the present moment and return to "real life" with a renewed sense of excitement.

Stepping back from life

Gallery: Vacation by the numbers

Detaching from a familiar environment can help get new perspectives on everyday life, says Adam Galinsky, professor at the Kellogg School of Management at Northwestern University.

Consider that when you get advice from a friend, his or her suggestions are often more creative than what you would have decided for yourself -- and scientific studies have confirmed this. That's because your friend has psychological distance from the situation at hand. When you're in the middle of a problem, it's sometimes hard to untangle yourself from it to think about it clearly.

Similarly, many people have epiphanies when they travel because they can view their life back home from a more detached, outsider's view.

"Not just taking time off from work, but actually getting away from where you live is really important, because that's the only way that you can achieve that perspective," Galinsky said.

Kole agreed. Unplugged from work and sitting on a porch enjoying nature, she realized it might be time to seek a more natural environment, either within New York or elsewhere.

If you're lucky enough to leave the country this summer, there's scientific evidence that it could help you with creative thinking.

Immersing yourself in a different culture has this effect, Galinsky said. Maybe you think there's only one way of doing something, but in an unfamiliar place, there's a whole other set of social norms and customs.

Galinsky's research with William Maddux, a professor at the business school INSEAD, has found that traveling abroad makes people have a more nuanced understanding of themselves, while at the same time they also have a better sense of who they are.

Why you must visit a new destination

Even seemingly ordinary experiences such as eating in a restaurant can jolt your thinking: What's on the menu? Is it customary to leave food on the plate, or eat every last morsel? Is customer service slower or faster? What time of day do most people eat their breakfast, lunch and dinner? 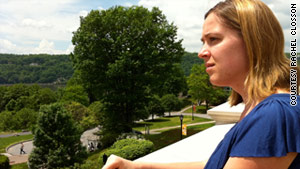 Mary Kole realized that she needed to be good to herself, creatively, and to refill her own creative well.

You might be wondering how much time you need abroad to reap these perks of travel. For creativity, Galinsky's research found stronger effects among people who were living abroad than those traveling for short periods. But the reason is probably that the expatriates are more likely to adapt to local environments and try to understand the locals' perspective.

"If you want to get the benefits of living abroad while vacationing, the key is to try to understand the world through the locals' perspective," he said.

Having a mindful vacation

But you don't need to leave the country in order to get a fresh mindset to bring back to everyday life.

Ellen Langer, professor of psychology at Harvard University, sees these benefits of vacationing as part of being mindful. Mindfulness is a concept derived from Buddhism that's central to meditation in that tradition, and involves being present and observant in a nonjugmental way. Langer and other groups have found tremendous benefits in health and wellbeing from being mindful generally.

America is the 'no-vacation nation'

Part of the essence of being mindful is noticing new things, Langer said. Often people get into a mindless routine at work and home, which is broken only when they travel.

People set themselves up to see new things on vacation, which makes the trip exciting. But ideally you would have this frame of reference all the time: taking note of new people, objects and events around you.

"Boring," she says, is a state of mind. And once you achieve a mindset of "everything is different and interesting," it becomes a valuable souvenir to take home after the vacation.

"What people should do, I think, when they go on these vacations and experience the feeling of engagement, the feeling of being mindfully involved in your own life, is to find a way to bring that back to their workday," she said.

Until the next time

Kole has been trying to practice mindfulness techniques since December. Every morning she wakes up early and challenges herself to write five pages in her diary about what she's grateful for, and pay closer attention to her thoughts and feelings: "Otherwise you get so caught up in all the small things," she said.

When she got back from her Portland vacation, she felt ready to dive into work and had a new sense of enthusiasm about it. After a few days, she headed to the Culinary Institute of America to learn more about cooking.

"I love what I do, but sometimes, after just nose to the grindstone, it can get difficult to be there and be present. I was so happy to start reading children's books and so much less impatient, so much more excited," she said. "I'm taking another vacation in July."