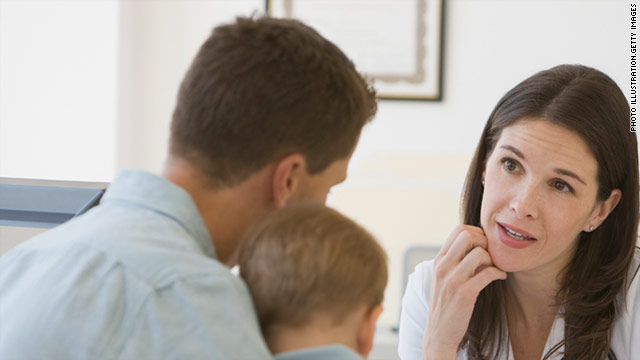 The rise in disabilities seen in the study points to the growing need for specialized health and social services, experts said.
STORY HIGHLIGHTS

(Health.com) -- The proportion of children and teens in the U.S. who have a developmental disability such as autism has increased 17% since the late 1990s, according to a new report from the Centers for Disease Control and Prevention.

This upward trend has been driven largely by surges in the number of children found to have autism and attention deficit hyperactivity disorder, although the prevalence of stuttering and learning disabilities has also increased.

The study, which appears in the June issue of the journal Pediatrics, is the first time nationally representative data on developmental disabilities has been collected since 1988, says Sheree Boulet, Dr.P.H., one of the study's authors and an epidemiologist at the CDC's National Center on Birth Defects and Developmental Disabilities.

The reasons for the increases aren't clear, but growing awareness and increasing acceptance of developmental disabilities have probably played a big role, Boulet says. For instance, she explains, the availability of early and effective treatments for conditions such as ADHD might be encouraging more parents to have their children screened for the disorder.

A coach to help with ADHD

The study findings are to be expected, given the "increased awareness and much better reporting," says Alan Hilfer, Ph.D., the director of psychology at Maimonides Medical Center, in New York City. (Hilfer was not involved in the new research.)

At the same time, the occurrence of disabilities may be genuinely increasing. A shift toward having babies later in life, more premature births, and growing use of fertility treatments -- all of which are risk factors for developmental disabilities -- could be contributing to the higher rates, the researchers say.

The findings "suggest that there are some more prevention strategies that could be put into use," Boulet says.

The study was based on nationally representative health surveys that included in-person interviews with nearly 120,000 children across the country. During the interviews, the researchers asked parents whether their kids had been diagnosed with autism, ADHD, learning disabilities, cerebral palsy, seizures, stuttering or stammering, hearing loss, blindness, or intellectual disability (formerly known as mental retardation).

The only disability to decrease was moderate-to-profound hearing loss, which went down 31%.

The differences in diagnosis rates across economic, ethnic, and gender lines were striking, Boulet says.

Rates were also substantially higher than average among children from low-income families and children on Medicaid. Hispanic children had lower rates of disabilities than white or black children, which perhaps reflects language difficulties and other barriers to accessing health services rather than the true rate of disability.

The rise in disabilities seen in the study points to the growing need for specialized health and social services (such as mental-health services and therapists), Boulet and her colleagues say. However, due to budget pressures throughout the health-care system, children are at risk of missing out on exactly that kind of specialized treatment and prevention, Hilfer says.

"We are more aware that early intervention is the key to the greatest success in these kids," he says, "[but] we need the resources to do that."