A son's illness, a father's passion 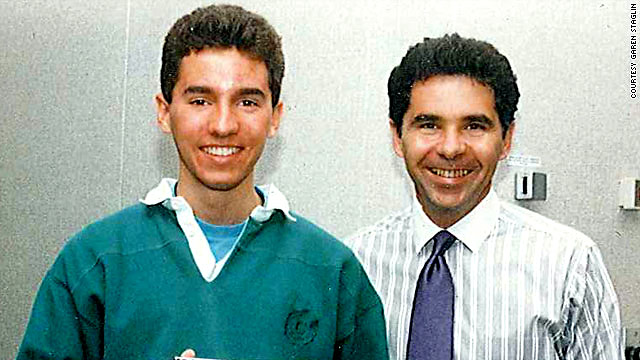 (CNN) -- In 1990, Garen Staglin received a phone call that would change the course of his life.

Between his freshman and sophomore years at Darmouth College, Staglin's son Brandon had schizophrenic break -- a mental episode that is often followed by a diagnosis of schizophrenia.

From the moment they learned of their son's illness, Staglin and his wife, Shari, took on the disease and delved into the world of mental disorders in an attempt to end brain disease and the cultural stigmas attached to them.

The Staglins delved into piles of medical resources and found a dense array of research, studies and multiple professional options to the point that they were overflowing with information.

As they waded through the options and got their son care he needed, the family realized the need for continued scientific advancements to understand the development of mental illness.

So the Staglins, who own Staglin Family Vineyards in Rutherford, California, decided to throw their own small benefit for mental health in their backyard. In 1995, a small concert series began that harnessed top scientists, donors, and an array of entertainment, fine dining and of course wine.

What started out as a community gathering to discuss mental health has turned into a major annual event with celebrity performances, top professionals and a sold out dinner that has raised more than $114 million for research efforts.

In 2008, with the growing success of the concert events, Staglin co-founded the International Mental Health Research Organization (IMHRO) which allows for additional financial support across the nation and increases the ability to fund and propose research opportunities that might not otherwise be studied in the field of mental illness.

The Staglins wanted to not only to raise cash for fundraising for brain disease but remove the stigma of admitting you or a loved one suffer from one.

"What we need to do is study and get all the basic circuits of the brain identified and understood, and once we have that super highway of information, the off ramp of these illnesses will be much more evident and much more proximate to us," Staglin told CNN's Sanjay Gupta.

Former Rep. Patrick Kennedy, who comes from one of the most recognizable American families, has been vocal of his battles with addiction and depression. It seemed only natural that when the two men met they would find friendship around a topic that has affected them both personally. 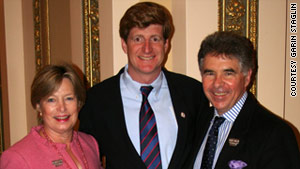 Kennedy and Staglin will unite together May 23-25 as they launch their new national initiative, "The Next Frontier, One Mind for the Brain" -- a new space for scientists, government, industry, academia, philanthropy, patients and their families.

"The Next Frontier" is a reference to Kennedy's uncle, President John F. Kennedy, who embarked on a scientific mission of his own.

This project aims to be a one-stop shop for the latest and best in specific development and treatments for those suffering from neurological diseases.

"Everything from Autism to Alzheimer's, the entire spectrum of brain disorders... we are going to unite the field," said Staglin. Domestic researchers, clinicians, scientists and policy makers will gather later this month in hopes of trailblazing a new map of the brain. Both Kennedy and Staglin hope this event can serve Americans in the same way the American Heart Association does. 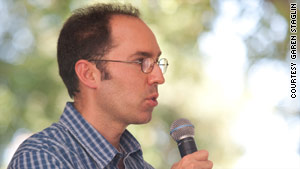 Brandon Staglin speaks out at the 2010 Staglin Music Festival for Mental Health symposium.

Brandon Staglin maintains websites for the winery and the family's nonprofit research efforts with IMHRO. After taking a year off from Dartmouth College and getting help for his schizophrenia, he graduated with a degree in engineering and is now doing his best to lead a normal life.

Brandon Staglin is an example of the success that's possible with the right support, Garen Staglin said.

"He is a role model for what can happen with people with these kind of illnesses. He is on the right medications, he is medically compliant but he is also very conversant and not in denial about the illness -- and that is the biggest problem with many people. They don't really want to talk about their disorder; they want to mask it."

And that's what the Staglins and Kennedy hope to do for all Americans who suffer with brain disease -- allow those individuals access to the best information possible about treatment options so they can remedy their ailment and live their best life.