Coffee, exercise may raise stroke risk for some 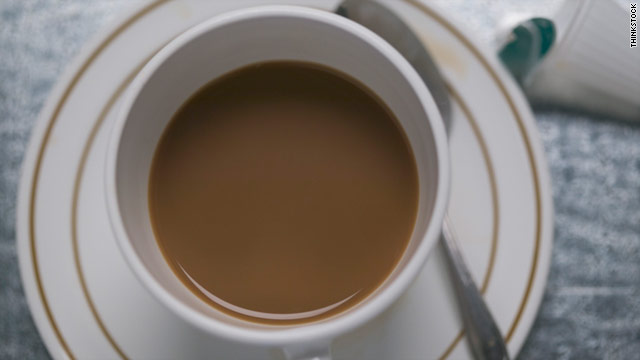 Coffee is one of the most commonly noted triggers for aneurysms in the brain.
STORY HIGHLIGHTS

(Health.com) -- Having sex, drinking coffee, working out -- these and other everyday activities that cause blood pressure to spike may briefly raise the risk of a burst aneurysm in the brains of certain vulnerable people, a new study suggests.

Roughly 2% of the population is believed to have an aneurysm, a balloon-like swelling in a brain artery that results from a weak spot in the artery wall.

Aneurysms are usually too small to cause symptoms or problems, but if they grow large they can burst and cause a stroke, leading to permanent brain damage or death.

The overall risk of rupture is small. However, even brief activities that raise blood pressure can temporarily boost the risk, according to the study, which appears in the journal Stroke.

For instance, the risk appears to nearly double in the hour after drinking a cup of coffee, the researchers found.

"We investigated those factors that were known to cause a short-lasting sudden increase in blood pressure," says the lead author of the study, Monique Vlak, M.D., a neurologist at the University Medical Center, in Utrecht, the Netherlands. "Other researchers have already described that sexual activity or physical exercise are often reported by patients to precede rupture, but these potential risk factors were never quantified."

To do just that, Vlak and her colleagues asked 250 patients who had survived a rupture if they had been exposed to any of 30 potential triggers in the past year, how frequently, and whether any such exposures had occurred immediately before their rupture.

Coffee and vigorous exercise were the most commonly noted triggers, followed by nose blowing, sex, straining to defecate, drinking cola, being startled, and anger.

Coffee was linked to nearly 1% of the ruptures in the study participants and vigorous exercise to roughly 8%. The remaining risk factors each accounted for approximately 5% or less of the ruptures.

This doesn't mean that people with aneurysms need to quit drinking coffee, says Stanley Barnwell, M.D., a neurosurgeon and stroke specialist at Oregon Health and Science University, in Portland.

"I'm not worried about coffee or cola," says Barnwell, who was not involved in the research. "There's not enough evidence here to get people upset about drinking coffee. There was a relatively small number of patients involved to make a strong conclusion."

Aneurysms are most common after age 40. High blood pressure, genes, smoking, and drug abuse are among the many factors that are believed to contribute to their development. They can also be caused by head injuries and infections.

Most people who have small aneurysms don't know it because they don't have symptoms. These cases are usually discovered by accident -- when a brain scan is performed following a head injury, for example -- and regular check-ups to monitor the aneurysm's growth are generally all that's needed.

People with larger aneurysms tend to undergo surgery or another treatment within one to three weeks of their diagnosis, so there's no real need for them to give up coffee or make other lifestyle changes, says Neil Martin, M.D., the co-director of the UCLA Stroke Center, who was not involved in the study.

But some people aren't healthy enough for surgery and must live with the risk of rupture. These patients should quit smoking and lower their blood pressure, Martin says, and it might also be advisable for them to quit drinking coffee and take a stool softener if needed, as the study authors suggest.

"We don't tell patients to stop having sex or having bowel movements or exercising," he says.