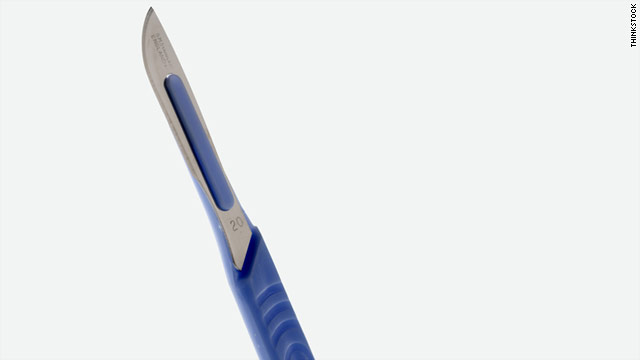 (CNN) -- Fifty-one years ago, Frank lost something he considers valuable. It was his foreskin, and Frank would like it back.

Frank -- he'd prefer not to reveal his last name -- knows his foreskin is gone forever, but he's angry he was circumcised as a newborn when he was too little to say yay or nay to a procedure that changed him forever, and that he believes left him with decreased sexual sensation compared with men who aren't circumcised.

"It's idiotic," says Frank, who works in marketing in Los Angeles. "It's mutilation of men."

As the American Academy of Pediatrics prepares to update its policy statement on circumcision, the debate rages on over whether boys should be circumcised at birth.

On the one hand, recent studies show circumcised men have lower rates of some sexually transmitted diseases, including HIV, and they're less likely to transmit diseases to their sexual partners.

On the other hand, circumcision involves pain for the baby -- how much is debatable -- and babies are incapable of saying whether they want it.

Circumcision has become less popular recently in the United States. The circumcision rate for newborn boys dropped from 60% in 1998 to 55% in 2005, according to the Centers for Disease Control and Prevention. The rate dipped to 33% in 2009, according to data presented last year at the 18th International AIDS Conference.

2010: The controversy over circumcision

One doctor suggests considering this approach: Stop circumcising newborns altogether and allow boys to make their own circumcision decision when they approach puberty, in the years before they become sexually active, since that's when they'll get the benefits of the procedure.

"I don't think there's sufficient evidence to be performing circumcisions on neonates," says Dr. Noni MacDonald, a professor of pediatrics at Dalhousie University, who wrote an editorial recently on the subject in the Canadian Medical Association Journal. "Why not wait to do the procedure until a time when it has an impact and when the person you're doing it to can give consent?"

Many different factors -- medical, religious, cultural and cosmetic -- go into parents' decision about whether or not to circumcise their son.

Here's a summary of some of the factors to take into consideration when making the circumcision decision:

Large clinical trials in Africa show circumcision cuts the rate of HIV in half and the rates of human papillomavirus and herpes each by about a third. Circumcision did not affect the rates of syphilis and other bacterial sexually transmitted diseases.

Female partners of circumcised men in the study were about 40% less likely to get bacterial vaginosis and about half as likely to get trichomoniasis, a sexually transmitted disease that can cause genital inflammation and increase the risk of HIV infection in women. The results of the study had an effect on one of the authors and his wife.

"When my wife was pregnant with our first child, before we knew this data, we weren't going to do circumcision," says Dr. Aaron Tobian, an assistant professor of pathology at Johns Hopkins University. "But because of this data, we did decide to have our son, who's now 2, circumcised."

Complications of adult vs. infant circumcision

When Ben (not his real name) moved as a child from Canada, where circumcision rates are lower, to the United States, other boys teased him in the locker room because he was uncircumcised.

"Kids can really be mean," he says. At 22, Ben, an airline pilot in Atlanta, decided to get circumcised.

Getting circumcised as an adult is a more complicated procedure than as an infant, says his surgeon, Dr. David Cornell, a urologist in Atlanta. Cornell injects a local anesthetic into the man's penis ("it's like a dental procedure," he says), and uses eight to 10 stitches. The procedure is done in his office and takes about 45 minutes.

Babies receive no stitches, and get either no anesthetic or a local anesthetic, depending on who's doing the procedure.

Cornell has developed a specialty in this area -- adult circumcisions constitute about 20% of his practice -- and he says he's had no complications in the 2,000 adult circumcisions he's performed in the past seven years. However, he says he thinks that's likely not the case with doctors who perform them infrequently.

"About a quarter of my cases are redos of men who were circumcised as adults, and they're pretty much Frankenstein-looking," he says. "I've seen cases where they've used 40 to 50 stitches, and the scarring is pretty bad."

Complication rates for newborn circumcisions are "rare and usually minor," according to the American Academy of Pediatrics. They include bleeding, infection, cutting the foreskin too short or too long, and improper healing.

Ben says his friends told him he was crazy for getting circumcised, warning him he'd be in terrible pain for months afterward. But stalwart in his decision -- he'd wanted a circumcision since he was 13 -- he forged ahead, and found the recovery wasn't bad. He took prescription painkillers for two days and then nothing at all.

Cornell says his patients go back to work the same day or the day after the procedure, and can be sexually active again in 10 days to two weeks.

It's not entirely known how much pain a baby feels during and after a circumcision without an anesthetic. Many doctors point out a baby cries during the incision but then usually stops.

However, MacDonald says some studies show levels of cortisol, a stress hormone, stay up even after babies stop crying.

Ben paid $1,800 for his circumcision, which his insurance didn't cover because it was considered cosmetic.

Studies on whether circumcision affects man's sexual sensitivity have been conflicting, with some showing a decrease in sensitivity, others an increase and some no difference.

Even so, Frank says he's convinced his circumcision as a newborn contributed to his problems with sexual performance.

"I'm gay, and I've been with men who were circumcised and men who were not, and there's a difference," he says. "The uncircumcised men have an easier time getting aroused and staying aroused. Circumcision is a barbaric practice, and we should leave well enough alone."